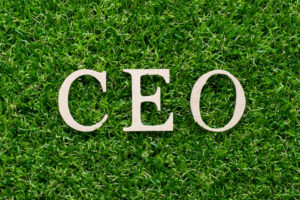 August 22, 2019 – Executive recruitment firms have made a number of top leadership appointments in the past year, many focused on strategy, growth, branding efforts and operations. The latest: Atlanta, GA-headquartered executive search firm Lucas Group has appointed Randy Marmon as president and CEO. He succeeds Andi Jennings, who has led the firm since 2009 and will remain a member of Lucas Group’s board of directors and a principal company consultant.

“From my first day on the job as a sales and marketing recruiter in 1977 to the last decade as president and CEO, I’ve dedicated my career to ensuring Lucas Group remained the nation’s leader in executive recruiting through unwavering customer focus,” said Ms. Jennings. “This has been an incredible journey for me. I am proud to pass the privilege of leading Lucas Group on to Randy, whose reputation and accomplishments – both professional and personal – truly speak for themselves.”

In an unusual twist, Mr. Marmon’s appointment follows a comprehensive search that was conducted by Heidrick & Struggles and spearheaded by Ms. Jennings and Carolina King, chief people officer, on behalf of Lucas Group’s board of directors.

“Randy’s deep strategic and operational expertise uniquely positions him for this role, at this moment,” said Ms. Jennings. “I am excited to welcome him into Lucas Group’s rich history and look forward to the business vision, cultural energy, and innovative growth his leadership will bring.”

Mr. Marmon began his career as a public accountant in 1987 and was quickly recruited into the human capital industry by Norrell Services in 1989. He subsequently joined Kforce, where he progressed through the company during his 21-year tenure. In 1997, he was tapped to launch the national accounts division and within three years, the team contributed over 25 percent of the company’s technology and accounting and finance revenue. He was named president of the firm’s Midwest region in 2004 and ultimately rose to the newly created role of chief customer officer, where he served until late 2013. In 2014, Mr. Marmon founded a boutique advisory firm, Human Capital Transformation, and began consulting with a number of HCM firms, including P2P Staffing and its technology staffing arm, TekPartners. Mr. Marmon joined TekPartners as chief strategy officer in 2016 and most recently served as an executive advisor.

“Given Lucas Group’s track record of delivering unparalleled results for clients and candidates, I’m honored to lead the market’s recognized standard-bearer in executive recruitment into its next 50 years,” said Mr. Marmon. “I look forward to working alongside the incredible team of professionals that Andi Jennings has assembled here and am excited to share my 30 years of HCM experience with a company that is acutely positioned for growth and transformation.”