Menu
View our Events
Stay Connected:
Identifying the right leaders, visualizing the future and recognizing employee achievements are just some practices that will help to engage your workforce, according to a new report by Acertitude. In the end, leaders must change their thinking and behavior. Veteran search consultant Shelli Herman of Shelli Herman and Associates weighs in! 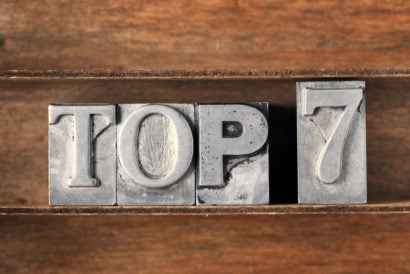 August 21, 2019 – Creating a culture of engagement is critical to business success. When executive teams are engaged, managers are 39 percent more likely to be engaged, and this drives engagement among all employees, according to a Gallup survey. Plain and simple, increased engagement impacts the bottom line.

Publicly traded “100 Best Companies,” for example, consistently outperform major stock indices by a factor of two, according to an analysis by the Great Places to Work Institute. 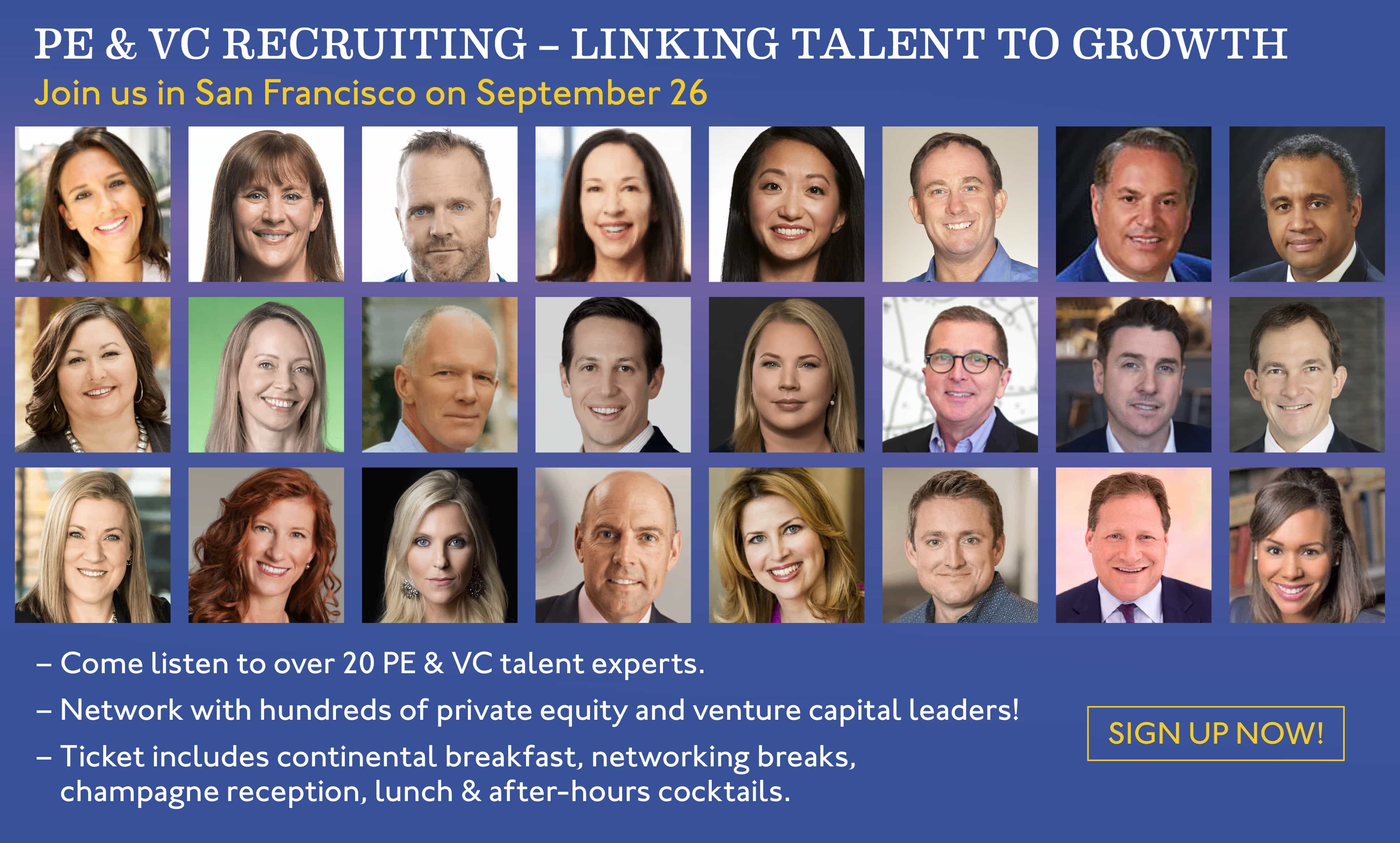 There are a million potential answers to the problem of employee disengagement, but solving it begins with identifying people who are most likely to be engaged from the start. The basis for finding the right people is having a rigorous and validated recruiting process.

“A simple-yet-effective practice to begin an interview is letting candidates know that a final step in hiring will be for them to arrange references with former bosses ad colleagues,” said Mr. O’Neill. “We talk to people who have seen the candidate in good times and bad to learn how they respond in different situations. We ask candidates, ‘What will this person say about you?’ instead of, ‘What would they say?’”

“To reveal the natural inclinations, learning agility, and potential of each candidate, Acertitude uses behavioral and cognitive ability assessments,” he said. Mr. O’Neill said he is in favor of using assessments as another data point to guide selection, and added that they offer the double benefit of being a tool for professional development, which also improves engagement of the selected executive.

2. Tune Into the Unspoken

Interviewers should connect with what really inspires a candidate. “The magic is not just using your ears to listen for the words that are said,” said Mr. O’Neill. “You need to use all your senses to capture not only the substance, but the candidate’s essence, the spirit that brings life to people.”

Changes in body language, energy and tone of voice can provide a well of insights. Subtleties such as whether a candidate leans in, makes eye contact, or speaks brightly and repeatedly about a particular experience can indicate their intrinsic motivators and engagement level. On the contrary, someone who changes the subject, talks excessively, rubs their face, or looks downward or away from your gaze may be signaling that they are uncomfortable or uninterested.

How Search Firms Are Managing the Culture Game

Culture fit is hardly a new concept. Well before the rise of various models and frameworks to evaluate organizational culture, companies recognized the risk of hiring a cultural mismatch — such as the lone wolf in a company that values collaboration. New employees, especially leaders, who clash with the culture are often ineffective, and are likely to quickly depart for a friendlier environment.

What is culture fit? This is the question that employers should ask, and make decisive efforts to define. Broadly speaking, cultural fit means that an employee’s beliefs and behaviors are in alignment with their employer’s core values and company culture. For each company that can mean something inherently different. Here’s some further reading from Hunt Scanlon Media.

Be attentive to how the candidate’s style and personality manifest to envision how they will thrive with the existing boss and team, said Mr. O’Neill. Managers influence 70 percent of variance in employee engagement, according to Gallup research, so it is essential to identify an executive who brings out the best in others.

An interviewer should also be mindful of their own presence, Mr. O’Neill said: “To attract hard-to-find, passive candidates, signal your genuine interest and enthusiasm as much in your body language and tone of voice as in your words. When what you do and say are aligned, you come off authentic and believable.”

Craft a compelling message that will inspire the candidate and convey it confidently. Make the candidate feel important. “Engaging with someone is not about words on a page,” Mr. O’Neill said. “Job proposals don’t sell top talent on opportunities; compelling stories told with conviction do.”

Interviewers should invite candidates to imagine how both the candidate and company could grow together in the coming years, stressing the importance of the candidate’s role in building that dream. “Is there a trajectory where the candidate’s career and this company’s opportunity intersect?” Mr. O’Neill said. “It’s being able to see that. So many people get trapped in today. The magic is taking people on a journey to what the future could hold.”

Communicating the culture also helps attract the right candidates, ones who identify with where the company is going.

4. Define Roles in a Cultural Context

Cultural fit is the ultimate baseline for engagement. People need to fully understand what role they play in the organization and the way things are done inside it. “Handing over a job description isn’t enough,” Mr. O’Neill said. “Job descriptions are typically black ink on white paper, so naturally people focus on what is written in black. But when hiring, we can’t forget about the white space — the unwritten rules of engagement — which can be more important to integration and improved employee engagement.”

To get the full picture, Mr. O’Neill said he is keen to walk the halls. “We spend a lot of time at our clients’ sites to observe, listen and understand as much as we can about the company, the people and the culture,” he said. “We also encourage candidates to get on location and meet the people with whom they will be working — it’s more than just a series of job interviews.”

Companies should also make a concerted effort to define and communicate their culture when courting candidates so candidates can make an informed decision on whether the opportunity aligns with their career aspirations and values. By using a variety of tools — website, social media, marketing materials and talks with candidates — companies can communicate their values and their business objectives. Employees who say their organizational values are “known and understood” are 51 times more likely to be fully engaged, a Modern Survey study shows.

5. Connect at a Human Level

When people at every level connect the work they are doing to the mission of their organization – that is employee engagement. Leaders must focus on making everyone’s work significant. This drives heightened emotional commitment and turns a workforce into a powerhouse.

Gallup found that 77 percent of employees are engaged when they strongly agree that there is open communication, opportunities to provide input, a clear connection between current changes and the company’s future, and management support. Moreover, a survey by the Society of Human Resource Management found that 70 percent of employees rank being empowered to take action on the job when a problem or opportunity is presented as an important component of their engagement.

“Connecting your employees to the client interactions and events that happen outside the office motivates them,” said Mr. O’Neill. “I advise executives to bring enthusiasm back to the office and remind people of the important part they play in the bigger picture. Storytelling brings your employees’ jobs to life.”

Paradoxically, if you want your team members to be successful, you have to let them fail. Mr. O’Neill said leaders should give employees the freedom to align their work with their passions and dreams and then trust them to take appropriate risks and color outside the lines. “Encourage small failures so they get the opportunity to course-correct, learn and grow as individuals,” he said. “Not only will you challenge their minds and show that you believe in them, but the self-exploration could also lead to your next breakthrough. Failures are the incubators for growth in almost every organization. The only thing I’ve learned from winning is that I like to win. Everything else I’ve learned comes from my failures.”

Why Talent Engagement Is More Important Than Ever
To say that competition for talent is high is an understatement. In today’s candidate-driven hiring climate, companies big and small are all vying for the same limited resource: quality candidates.

The road to employee empowerment and, subsequently, engagement, runs parallel with building people’s strengths. Gallup research finds that people who use their strengths every day are six times more likely to be engaged on the job, are more productive and profitable, and have higher-quality work.

“Push employees to pursue initiatives and learning opportunities where their strengths will shine,” Mr. O’Neill said. “Sometimes that means moving talent to another part of the organization or making yourself available as a leader for others to observe and learn from. Pairing teams of people with complementary skill-sets or cross-training through mentorships can also be effective.”

When a team inevitably achieves, it’s vital to give them the recognition they deserve. It can be as simple as a public thank-you or an uplifting email. It is especially important for executives to show appreciation. Nearly one-quarter of employees say the most memorable recognition comes from a high-level leader or CEO, according to Gallup’s analysis. “The highest calling of humans is not to make money,” Mr. O’Neill said. “What fills the void for people is to be in a place where they can be of maximum service to others — knowing that you are where you are supposed to be, doing what you’re supposed to be doing, in order to achieve the highest good. Money is just a trophy.”

Mr. O’Neill cautioned against seeking a fast, easy answer to the question of how to build an engaged workforce. “Employee engagement is more a way of thinking and acting over time rather than any single action,” he said. “If you build your approach to engagement around these basic principles, you’ll tend to have a committed team that performs, one that delivers the superior results that we’re all after.”

“Part of the reason that this is true is that mastering the soft skills inevitably leads to achievement of the tangible duties,” Ms. Herman said. “Ultimately, it is important for organizations to find a happy medium between hiring candidates who possess top-tier talent and those who will truly mesh with—and even improve—culture. On that front, corporate culture is often aspirational, rather than a reflection of current reality.”

“Pick any large corporation and take a look at the way the culture is described on the website’s pages devoted to careers and job openings,” she said. “Then, ask a friend who works there what it’s really like. Does the reality align with what the company describes as its culture?”

Failing Forward, John C. Maxwell’s 2000 book still has some of the most enlightened thinking on this topic, Ms. Herman notes. “Failure is far more common than success and if you are truly aspirational, you will embrace failure, learn from it, and reach innovation thought to be impossible,” she says. “Great managers make it safe to fail, often encouraging teams to do so from time to time. The failure is less relevant than what the team does with it. When employees are empowered to see the bigger picture after they fail, they achieve greatness in almost every situation.”

Check Out These Related Articles On Engaging Employees: