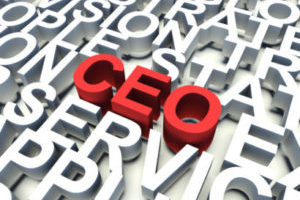 June 21, 2019 – Executive recruitment firms have made a number of top leadership appointments in the past year, many focused on strategy, growth, branding efforts and operations. The latest: Global recruiting organization Amrop has appointed Federico Cuneo as CEO and chairman of its executive board.

He replaces José I. Leyún as CEO. “The organization extends its gratitude to José for his service and accomplishments in his four years as CEO, and acknowledges his leadership at a critical juncture in Amrop’s evolution,” the organization said.

As an executive board member of the Amrop Partnership, and a partner and director of Amrop Peru, Panama, Costa Rica and Ecuador since 2005, Mr. Cuneo brings organizational experience, entrepreneurial energy and a global perspective to the role.

Mr. Cuneo’s career spans more than three decades of leadership, development and management experience, across banking, manufacturing and financial consulting as general manager, managing director and CFO roles. In addition to his executive search practice, he has held a number of other key roles, including as a member of the investment committee of Apoyo Capitales and of the advisory board of LLorente y Cuenca. He has also been director of Peru 2021, Tununga Forestry Investments, Osaka Holdings, Endeavor Perú, CyJ Constructions, AYO Mentoring and Angel Ventures.

“I am honored and excited to take on the role of Amrop CEO,” said Mr. Cuneo. “My commitment is to help the organization focus its resources on the areas of the business that can drive sustained growth and market positioning. Amrop is on a strong path. I am looking forward to working with our 76 offices around the world, and with our long-standing and new clients, to capitalize on the opportunities ahead.”