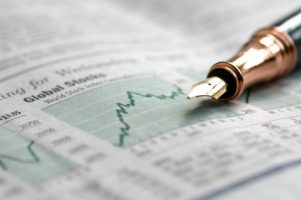 June 9, 2016 – Glassdoor, a job and recruiting marketplace, has closed a $40 million investment round led by funds and accounts advised by T. Rowe Price Associates. Existing investors Battery Ventures, Google Capital, Sutter Hill Ventures and Tiger Global also participated in the round. The company has raised approximately $200 million since it was founded in 2007.

While best known for its proprietary user-generated content, Glassdoor has grown to be one of the largest job aggregation engines. It offers job listings combined with an array of workplace insights, including company ratings and reviews, CEO approval ratings, detailed pay data by job title, interview reviews, benefits reviews and office photos. Glassdoor currently has 30 million monthly unique users and data on more than 540,000 companies spanning 190 countries.

Glassdoor competes with LinkedIn and Indeed, the job search site purchased by Recruit Holdings Co. in 2012. The company notes that it is similar to TripAdvisor because both sell to larger enterprises, in Glassdoor’s case to companies that want to sponsor pages on the site and buy ads to promote job openings to potential hires.

This new financing will support Glassdoor’s continued growth and investments in product, marketing, and people around the globe, according to internal sources at the company.

A Shift In How to Recruit Talent

“We believe that Glassdoor is fundamentally changing the way job seekers search for jobs and companies recruit talent,” said Henry Ellenbogen, portfolio manager of T. Rowe Price New Horizons Fund,. “Their unique user-generated data includes millions of reviews, which increases transparency in recruiting. Our view is that Glassdoor is executing well, and it can be a much larger company over time.”

“We’re delighted to add T. Rowe Price to our incredible investor roster, as they bring significant experience with late-stage, high-growth companies such as ours and a long-term focus,” said Glassdoor CEO Robert Hohman. Mr. Hohman co-founded the company along with Zillow co-founder Rich Barton.

“Regardless of where you live, where you work matters and the level of transparency Glassdoor has brought to the market is helping people everywhere find a job and company they love and, in turn, helping employers attract high-quality candidates.”

Neeraj Agrawal, a general partner at Battery Ventures, told The Wall Street Journal that one reason his firm remains bullish on Glassdoor is because Millennials seek more information when they are making career decisions. Millennials make up the largest generation of potential job seekers. Before Glassdoor, “if you were flying out to Seattle to interview with Microsoft, you could find out more information about your hotel than about the company you’re interviewing with,” he said.

Glassdoor’s ‘post-money’ valuation edged higher from a year ago when it was worth close to $1 billion. While the price of Glassdoor’s shares fell 6.3 percent, to $8 from $8.54 from the company’s previous round of funding, the company has outperformed shares of publicly-traded LinkedIn, which have fallen 37 percent in the same period.

Glassdoor’s rise comes at a time when one of the original entrants in the space, Monster, continues to falter. Nearly four years into its rebranding effort, Monster’s shares closed yesterday at $2.84. A year ago, they were trading at $5.73. In its most recent quarter, Monster posted a revenue decrease of nine percent compared to a year ago. For 2015, the company recorded a revenue loss of eight percent.

In addition to job seekers turning to alternative social media sites liked LinkedIn and Facebook, another company has been launched to serve the higher paying job market. Not Actively Looking made its debut last year in the U.K. as a global matchmaking platform for senior executives and executive search firms. The service allows executives to discreetly manage and update their CV for the benefit of executive search firms they hand pick. For recruiters, the service gives access to senior level professionals, whether they are actively engaged in a job search or not.

Investors continue to pour money into new recruiting and HR tools as the whole field expands. Here is a look at recent funding secured by these companies:

Check Out These Related Articles On the Expansion of Recruiting-Related Technology Services: