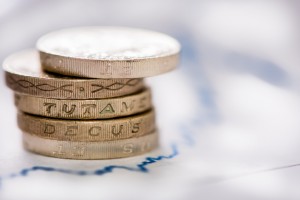 February 18, 2016 – Not Actively Looking, a U.K.-based global matchmaking platform for senior executives and executive search firms, has completed a private fund raising of more than £400,000, or the U.S. equivalent of nearly $600,000.

The service allows executives to discreetly manage and update their CV for the benefit of executive search firms they hand pick. For search firms, the service gives access to senior level professionals, whether they are actively engaged in a job search or not. The funding comes primarily from existing investors, including founders and angel investors, and will be used for enhancing the user experience on the firm’s website.

Since launching the platform last April, Not Actively Looking has attracted more than 80 executive search firms and thousands of executives from around the world to sign up as members. The firm was founded by Joseph Blass, who previously founded Toucan Telecom, and Anthony Harling, a search consultant and former senior partner at Heidrick & Struggles.

Nearly 70 percent of executive registrations are coming from outside the U.K., with the largest concentration of those found in North America. Half of the 82 search firms using Not Actively Looking have offices in the U.S.

Besides DHR, none of the other top 10 U.S. search providers have come on board. Mr. Harling believes they will soon. “The big firms do need to get on board. They have much the same problems that the other (smaller) firms have,” he said, namely outdated internal candidate databases. “As a result, searches take about twice as long as they should.”

Mr. Harling said that long term his objective is to have his firm become recognized as the go-to career management tool for senior executives. “Today, our platform is already the most effective way for senior executives to share confidential information with their search firms of choice,” he said. In coming months he said his firm will add features and talent management tools that executives can use, even when they are not actively looking to change positions.

“In parallel, we see Not Actively Looking becoming the efficiency tool that finally helps the search industry reduce time to complete assignments,” said Mr. Harling. He said in his 25 years in the recruiting industry, the ‘time-to-complete’ has stayed stubbornly fixed. “Finally, by creating a much more efficient search tool, we aim to help the industry reduce the time-to-complete by 50 percent.”

Not Actively Looking was founded on the principle that the best career opportunities typically come when one is ‘not actively looking’ for a new position, said Mr. Blass. “Why? Because search firms are driven by client assignments, not by when candidates are looking.”

Recruiting via social media continues to be a growing phenomenon with 84 percent of organizations using it currently and nine percent planning to use it, according to a report recently released by the Society for Human Resource Management (SHRM). In 2011, only 56 percent used social media for recruitment. The study also concluded that finding passive job candidates (82 percent) continues to be the top reason that organizations use social media for recruitment.

Other reports have also found a similar shift underway. According to the 2015 Work Trends report released late last year by Adecco Group, the role of social networks and mobile platforms in the job seeking and recruiting process is becoming more relevant. Among social networks, LinkedIn remains the most popular platform for professional purposes, for both recruiters (61 percent) and job seekers (34 percent), whereas Facebook is the go-to network for all social activities including personal branding says the report.

Sharing personal information online via social media sites such as LinkedIn, Facebook and Twitter is now second nature to everyone, particularly job seekers. Within the executive search industry, though, Mr. Harling said things are different.

“That may work for 99 percent or more of the population. But the senior executives that we are focused on (and who probably account for about one percent of the 414 million people on LinkedIn) have a different view,” said Mr. Harling.

“Senior executives do NOT always want to share details of their lives on a public, social media platform,” he said. “Actually, many have come to be quite concerned about confidentiality and control of their data. That is the beauty of Not Actively Looking: The executives who list with us themselves control what data is put out there and they also decide who gets access to it.”

Check Out These Related Articles On Recruitment Funding & Investments: