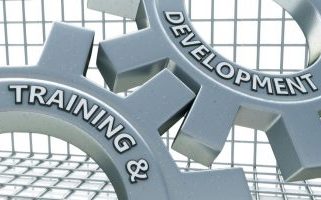 June 19, 2017 – Leadership training has turned into more than just an evolving interest among executive search firms. It is now seen as a potentially lucrative, bottom line business driver and every search firm is either offering the service in one form or another or about to jump in.

Transitioning new hires, especially in their early stages of employment, is the most critical time along the long stretch of the recruitment continuum. Fail here to properly onboard someone you’ve worked hard to lure in, you lose momentum in having that new hire become a key contributor.

Kaye/Bassman co-CEO Jeff Kaye said there is a constant need to increase training efforts for newcomers – even newcomers to the executive search field – as well as those with extensive experience. New environments and different cultures require it. For his part, Mr. Kaye has made it his mission to provide on-demand training for recruitment professionals, forming Next Level Exchange with his colleague and co-CEO Nicholas Turner.

“With 35 partners having an average tenure of over 14 years at Kaye/Bassman, intellectual capital has always been one of the greatest assets of our organization,” said Mr. Kaye. For decades, he said, the leaders and top producers of the firm were asked to speak at industry association gatherings, trade events, and even consult with other top search firms to assist them in creating scalable models for future growth. “The more we spoke to the world outside of Kaye/Bassman, the more we realized the same training void existed in our industry as in every other one.”

Technology, of course, is playing an increasingly important role in training. But according to Mr. Kaye, it might not be as much as you would think. “Ongoing learning and development is more readily available now than ever before, yet it is also being delegated as a ‘self-help’ resource with little instruction and implementation from senior leadership,” he noted.

Russell Reynolds Associates and Hogan Assessments formed a partnership designed to increase the success of executive appointments and accelerate the development of rising leaders. The two firms formed Leadership Span, which is designed to predict executive performance based on the premise that the best leaders are not de ned by a single skill.

“Leadership Span is a framework that will influence how we help companies select and develop best-in-class leaders who demonstrate prowess across competing competencies,” said Russell Reynolds CEO Clarke Murphy. “Those leaders will be equipped with a diverse portfolio of skills that they can readily deploy as circumstances change. This especially is crucial in C-suite roles, where a ‘retreat to strengths’ is rarely an option in the face of disruptive change.”

TillmanCarlson CEO Rob Tillman formalized his firm’s executive coaching services in conjunction with pursuing search assignments. “It presents a compelling alternative to what the large firms offer and we believe it is a distinctly different approach from other boutiques,” said Mr. Tillman.