Stay Connected:
Recognition matters. A promotion is welcome over a pay hike for close to half of the respondents in a new Korn Ferry study. Many companies, meanwhile, are feeling pressure to bestow titles in order to make employees feel valued. Let’s dig deeper into the report’s findings. 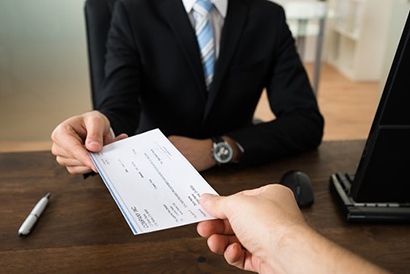 February 12, 2018 – While we all might think at times that a job is all about the pay check, a new Korn Ferry survey reveals that nearly half of professionals actually prefer recognition over extra compensation. The report, which surveyed more than 850 professionals, found that 46 percent would prefer a promotion with no raise, with 54 percent saying they would prefer a raise with no promotion.

“Let’s be clear, appropriate compensation is key to a professional’s job satisfaction, but being recognized for a job well done through a promotion is also a critical factor in motivating and retaining talented employees,” said Tom McMullen, senior client partner at Korn Ferry. “A lack of career development opportunities is the No.1 reason why professionals leave a company. Organizational leaders need to put development and career plans in place at all levels so employees see a path for advancement and progression.”

Human Resource Specialist Wanted at Garden Center in Westbury
This position will assist the head of HR in the day-to-day activities regarding HR compliance. You’ll be involved in seasonal/peak recruiting activities and assist with compliance-related aspects of the onboarding experience. Apply on Ezayo!

Many organizations, unfortunately, are failing to do an adequate job of creating clear advancement opportunities, according to the study. More than half (57 percent) of respondents who failed to get a promotion within the last 12 months cited “bottleneck or nowhere to go” as the main reason. Nearly one-quarter (24 percent) said “office politics” got in their way of moving up the ladder.

NYC Law Banning Salary History Takes Effect
Employers in New York City – and the executive search firms that represent them – are now prohibited from asking job candidates about their salary history. The New York City Human Rights Law, as it is known, is an effort to help bring women’s pay in line with that of their male counterparts.

If they were passed over for a promotion, nearly one-third (29 percent) said they would be on the job hunt, either immediately or as a passive job seeker.

In terms of timing for promotions, 46 percent said they thought it was appropriate to be promoted after two to three years on the job. About a quarter (26 percent) said they should get a promotion after one to two years in a role, and six percent felt they should be promoted even if they’ve been on the job for a year or less.

“The key is ongoing development and coaching to ensure the professional is receiving feedback in terms of how they are doing in their current role and what they need to do to be ready to take on added responsibility,” said Mr. McMullen. “And even if an employee is not yet ready for the next role, knowing that there is potential for a promotion to a more challenging role is an excellent way to retain top talent.”

While the corporate ladder may no longer be so steep for some, many workers, according to a number of reports, still think they deserve a promotion — and this is leading companies to feel pressured to hand out “better” titles to make up-and-coming staff feel more valued.

There’s no simple answer as to why C-titles are currently proliferating at such a rapid rate. Partly it’s a response to the lingering financial crisis from 2008. The days of easy money and ever-expanding GDP are gone – maybe forever – and it’s cheaper and easier to grant an important-sounding title than it is to give someone a fatter pay package.

“The titles here help to reflect the personality of the organization and can be used as a way to attract talent on that basis alone,” said Sally Drexler, an Odgers Berndtson partner in Los Angeles. “Sometimes these titles are very flippant but certainly have a role to play and resonate with the consumer and prospective employees.”

Influencing Workplace Culture Through Employee Recognition
As employers look for ways to deal with the challenges of low employee retention and high turnover, a survey by the Society for Human Resource Management and social recognition solutions provider Globoforce shows more organizations are tying employee recognition efforts with core values.

From a compensation perspective, awarding employees C-suite titles is certainly a much less expensive way to attract and retain key talent than paying a huge salary increase, Ms. Drexler said. Salaries, however, must reflect these titles to some degree, she added.

“A small salary increase is usually made as a token effort in the hopes that the employee will see the title as more attractive to the outside world and important when managing their own career trajectory,” Ms. Drexler said. “New C-suite titles are more commonplace than they were years ago.”

According to the World Economic Forum’s recently released Human Capital Report, companies around the globe are failing to develop people’s talents. Efforts to fully realize people’s economic potential – in countries at all stages of economic development – are falling short because of ineffective deployment of skills throughout the workforce, development of future skills and adequate promotion of ongoing learning for those already in employment, said the report. These failures to translate investment in education during the formative years into opportunities for higher quality work during the working lifetime contributes to income inequality by blocking the two pathways to social inclusion, education and work.