Menu
View our Events
Stay Connected:
Although job satisfaction is relatively high, organizations still have room for improvement. Here’s a look at five factors that employees said were the biggest contributors to job satisfaction – and why it matters in developing leaders for tomorrow. A top recruiter then weights in. 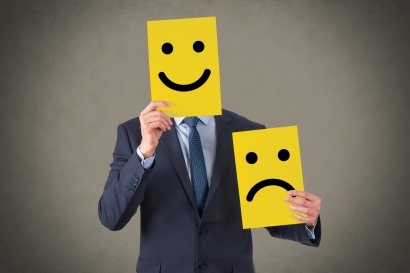 October 19, 2017 – Organizations face numerous obstacles as they deal with the complexities of the 21st century workplace. At the top of their list of human capital challenges: HR professionals talk about the pressing need to keep employees highly engaged and to develop future leaders for their organizations, according to the Society for Human Resource Management (SHRM) 2017 Employee Job Satisfaction and Engagement Report. Nearly two fifths (38 percent) of U.S. employees reported that they were very satisfied with their current job, said the report, but even more (51 percent) said they were satisfied but to a lesser degree. The good news is that the majority were at least somewhat satisfied with their job.

SHRM surveyed employees about 44 contributors of job satisfaction within the categories of career development, compensation and benefits, employee relationships with management, and work environment. The five factors that employees said were the biggest contributors to job satisfaction were: respectful treatment of all employees at all levels, compensation/pay, trust between employees and senior management, job security, and opportunities to use their skills and abilities at work.

In recent months, respectful treatment of employees has drawn much attention in workplaces and society in general. For an organization, the issue poses a wide variety of challenges, largely because employee perceptions related to respect involve many facets of the workplace. Those range from diversity and inclusion to prevention of workplace violence and harassment, said the SHRM study.

The largest percentage of respondents indicated that respectful treatment of all employees at all levels was a very important contributor to their job satisfaction each year since 2014. Roughly two-thirds (65 percent) of employees agreed with this sentiment. Yet only 38 percent of workers said they were very satisfied with this aspect. Not surprisingly, this aspect reflected the most differences among workforce demographics:

When applying what is known as Maslow’s hierarchy of needs, compensation links to employees’ most fundamental safety and security needs by offering financial stability. So it is not surprising that research has found that compensation has influence over other organizational outcomes.

Roughly two-thirds (61 percent) of the employees surveyed said that compensation/pay was a very important job satisfaction contributor, yet only one-quarter (26 percent) said they were very satisfied with it, marking this factor with the largest gap at 35 percentage points.

The findings were mixed regarding various types of rewards given to employees: Although the proportion of employees receiving raises remained consistent with most recent years (62 percent in 2016, 65 percent in 2015, 63 percent in 2014), the percentage of workers who received bonuses compared with prior years dropped. (It was 41 percent in 2016 versus 50 percent in 2015 and 2014). In organizations where bonuses were previously awarded, their absence may have partially accounted for the substantial gap between importance and satisfaction with compensation/pay, especially if no explanation or reasoning was provided to employees.

Trust Between Employees and Senior Management

Building a strong foundation of trust between employees and senior management is critical at any organization, the report said. A workplace atmosphere that lacks psychological safety can produce a variety of damaging outcomes: delayed identification of obstacles due to fear of challenging authorities, declining morale, lack of idea exploration and others.

Given the numerous benefits that stem from this trust, it should be of unsurprising that 61 percent of employees rated this aspect as very important to their job satisfaction. Only about one-third of employees (33 percent), however, said they were very satisfied with their level of trust toward their organizations.

Similar to the financial stability that compensation/pay fulfills, job security can play a comparable role. Any risks that potentially interfere with the continuity of workers’ employment can inflict significant harm to individuals and organizations alike, both in the short-term and long-term, said the SHRM report. The strongest relationships were seen between job security and immediate reactions of job attitudes (job satisfaction and job involvement) and organizational attitudes (organizational commitment and trust). On the other hand, long-term responses to health and work-related behavior varied from weak to moderate strength.

Nearly three out of five (58 percent) employees said that job security was very important to their job satisfaction. Nearly one out of three (36 percent) employees, however, were very satisfied with the stability of their employment, a deficit of 22 percentage points. No importance or satisfaction differences between generations, genders or job levels were revealed for this aspect. One reason may be that all employees want to experience guaranteed employment, but they do not feel reassured in their roles, according the report.

Opportunities to Use Skills and Abilities

Employee empowerment and job enrichment has a direct link to job satisfaction and an indirect link to whether an employee leaves the organization. The means empowerment and job enrichment influence job satisfaction, which affects turnover intention. According to the SHRM study, job enrichment can be described as providing employees with more stimulating work by integrating vertical work functions of that role. By completing more challenging job duties, employees may be more intrinsically motivated as they experience a greater sense of fulfillment.

Nearly three out of five (56 percent) employees said that the opportunity to use their skills and abilities was a very important contributor to job satisfaction, and 44 percent of employees were very satisfied with these opportunities in their current job.

Equity among organizational processes and systems can increase employee engagement as well, the report said. Workers are less likely to devote their time and energy if they will not be recognized adequately and fairly.

The items within these groupings are explored to formulate an employee engagement index. Based on a five-point scale where one signifies the least engaged and five signifies the most engaged, the index represented 38 total factors. This year’s survey indicated a moderately engaged workforce with an index of 3.9.

When broken down individually, engagement conditions had an average index of 3.9, and engagement opinions and behaviors had indices of 4 and 3.7, respectively.

Despite a relatively high level of job satisfaction and moderate engagement, a fair amount (40 percent) of employees reported, to some degree, the possibility of seeking employment outside of their current organization within the next 12 months. The leading reason for employees looking for external positions was higher compensation/pay, followed by better benefits, better job security and additional career advancement opportunities. Not surprisingly, compensation/pay was the top motive for most employees who were not planning to look for positions outside of their organization. Subsequent reasons include flexibility to balance work and life issues, the benefits package, job security and meaningful work.

“At our firm we have embedded the importance of these factors when interviewing executives and speaking to HR leaders,” said Edward Batchelor, managing partner at executive search firm Hardman Batchelor International. “We focus a great deal of attention on how they are driving proactive solutions to address these issues with their leadership teams.”

“As a nation, the discussion around respectful treatment of people at all levels has become part of the national consciousness. It is now part of our many discussions around our employers, politicians, athletes and more recently the entertainment industry,” said Mr. Batchelor.  “As we assess and evaluate executives for very senior roles on behalf of our clients, we are focusing an ever increasing share of our questions around not only their past results but importantly their demonstrated empathy and self-awareness in their leadership of their function or organization.  We are also asking more direct and in-depth questions around how they motivate and inspire their teams seeking out hidden red flags,” he said. “We are seeing increased emphasis in our candidate debriefs and are focusing accordingly.  I see this as a good sign and a positive development in our global business communities’ dialogue around human rights, trafficking and improved business performance and professionalism.”

“We have also seen a direct correlation with this improved dialogue and a company’s ability to build trust between employees and senior management,” Mr. Batchelor said. “Building trust has always been challenging and we see that extensively in our interviews with executives and HR leaders.  Those who recognize the importance of aligning their behaviors with defined commitments have differentiated themselves, and we see corresponding positive business results in almost every case,” he said.