Menu
View our Events
Stay Connected:
Effective tomorrow, employers and recruiters are restricted from asking New York City job seekers about their previous pay history. Like a growing number of similar laws around the country, a primary goal is to end pay inequity for women. Here’s the latest. 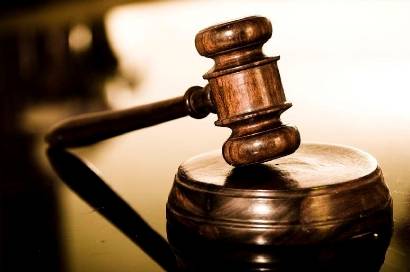 October 30, 2017 – Beginning Tuesday, employers in New York City – and the executive search firms that represent them – are prohibited from asking job candidates about their salary history. The New York City Human Rights Law, as it is known, is an effort to help bring women’s pay in line with that of their male counterparts. A growing number of municipalities and states across the nation have enacted, or are considering, similar legislation.

The New York City law, which met resistance from Wall Street and the search industry, will in many cases change how salary and other compensation is discussed during the recruitment process. Beyond the ban on directly inquiring about previous salary, employers are also restricted from asking a candidate’s previous employers about an individual’s pay or searching public records for that information. If employers inadvertently come upon a prospect’s salary history, they are restricted from using it to decide how much to offer.

Under the law, employers can consider salary history if the candidate offers the information “voluntarily and without prompting.” Violators could be fined as much as $125,000 for an unintentional transgression and as high as $250,000 for willfully breaking the new law.

When asked about the effect of the law on recruitment firms, Melissa Osipoff, a labor and employment attorney with the Fisher Phillips law firm, said it will no doubt change certain aspects of how recruiters do business. “This is something that’s going to be challenging for them to do their jobs the way that they have in the past,” she said.

The New York City law and others like it pose a series of challenges for employers and recruiters that go beyond merely being forbidden to ask a specific question during a one-on-one interview. “Employers need to review all of their application materials and ensure that they don’t include any requests to disclose salary history,” said Ms. Osipoff, who is based in New York and who has been busy in recent months helping her management clients plan for complying with the law. “They need to remove any salary history questions from their background checks or any other verification inquiries that they make. Importantly, they need to train their personnel, their human resources personnel and anyone else who’s involved in interviewing candidates, to make sure that they’re not asking these types of questions.”

Ms. Osipoff said employers are going to have a challenge “on how they want to deal with when an applicant voluntarily discloses their salary, and what they want to do to document that,” to ensure that it was voluntary and that they are complying with the law. “They also have to consider how they’re going to inquire about the candidate’s salary expectations without getting into salary history.”

Despite the restrictions, employers are permitted to ask about competing offers and counteroffers. They can further ask about “objective indicators of performance, such as the volume, value, or frequency of sales,” according to the New York City Commission on Human Rights. The prospect’s book of business and profits generated, for example, fall under this category. But an employer is forbidden from asking about a candidate’s current or former profit percentage.

Employers are also allowed to inquire about certain forms of compensation, the commission said on its website: “Employers may ask whether an applicant will have to forfeit deferred compensation or unvested equity from their current employer and the value and structure of the deferred compensation or unvested equity, request documentation to verify the applicant’s representations, and consider such information in making the applicant an offer.”

In 98 percent of occupations, women earn less than men, according to the National Women’s Law Center. Women are typically paid 80 cents for every dollar that their male colleagues receive. By using past pay as a starting point in pay negotiations, proponents of the salary laws say, employers prevent women from earning enough to reach parity with men.

New York City is far from alone in its attempt to boost women’s salaries through salary history legislation. This year, almost half the states are said to have considered such laws. Oregon’s salary history law went into effect earlier this month, with a series of others scheduled to start in the months ahead: Delaware (December), California (January), Puerto Rico (March) and Massachusetts (July). New Orleans and Pittsburgh have similar laws on the books. San Francisco’s will take effect in July. And Philadelphia’s version is under legal challenge. Many other municipalities and states have been considering such legislation. In some cases, such as Illinois and New Jersey, salary history laws have been vetoed.

“A lot of the resistance has to do with implementation and how to handle it,” said Ms. Osipoff. “And I think its also going to get to be a little problematic as each jurisdiction passes their own unique twist to it and you get into situations where employers that operate in multiple states and multiple cities will have to comply with similar laws but laws that are slightly different in each different jurisdiction that they operate in.”

Critics have charged that such laws will impair salary negotiations and could make it more difficult to attract top candidates. The laws also stand to impede research about competitive wages, say opponents.

Many in the search industry, however, are showing little concern, at least publicly. Steven B. Potter, CEO of Odgers Berndtson U.S., who is based in New York, expects the law to have but minor effect on how recruiters at his firm go about their work. “It is not likely to change much at all,” he said. “Most candidates will volunteer their salary information, if only to make sure the new opportunity is going to pay more. Even if they don’t, we will slightly vary the questions we ask. ‘What are your compensation expectations,’ for example. Nobody is going to say less than they are currently making.”

Nor does he expect the law to result in new hires receiving bigger salary packages than previously. “Most companies have a pretty good idea of what the market is,” he said, “and they have pretty firm comp parameters that are well thought out.”

Mr. Potter said whether the law ultimately helps women reach parity with men remains an open question. “It’s possible that this will help women who lag the market,” he said. “It’s hard to say until we see it in place and working. It could have a counter-intuitive negative effect. If candidates, women or otherwise, don’t volunteer compensation information, potential employers may assume it’s lower than the job they’re talking about and therefore start with a lowball offer. I’m not saying this will happen, but it might.”

Other recruiters also seem to have few to no major concerns with the law or its intent. They generally understand why it has been put in place and actually like the idea. Over time, they admit, it should drive everyone to be paid what a particular job might be worth, rather than based upon what someone’s salary is already to date.

One recruiter, wishing to remain anonymous on a subject that many seemed unwilling to speak publicly about, said that his search consultants already have a good grasp of pay in the market. “We’re going to ask people for their expectations, and then I would say that we can probably estimate ourselves around where the candidates currently are today,” he said. “If people want to share their financial package, then they can openly and freely do that.”

Most recruiters seem to agree on one essential matter – and fall in line with Mr. Potter’s belief – that the law will unlikely bring salary levels up. The thinking is that if candidates try to stretch their salary levels too high at the beginning of a contract negotiation, they might exclude themselves from the ultimate short list. So an unintended consequence could be salaries leveling out.