Menu
View our Events
Stay Connected:
According to a new CareerBuilder survey, 70 percent of employers use social media to screen candidates before hiring, up from 60 percent just two years ago. So, if you’re a job candidate, pause before you post! We explore the report and invite leading executive recruiters to weigh in. It’s another summertime exclusive! 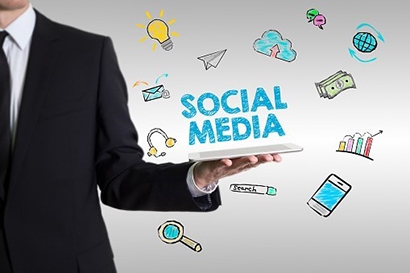 August 24, 2018 – Your social media posts might win over or cost you friends, but according to a recent CareerBuilder survey, they could also have a big impact on prospective employers.

Seventy percent of employers use social networking sites to research job candidates (on par with last year), while seven percent plan to start. And that matters, because 57 percent of the companies that conduct social research have found content that caused them to take a pass on candidates. The national survey was conducted online this spring on behalf of CareerBuilder by the Harris Poll. It included a representative sample of more than 1,000 hiring managers and human resource professionals across industries and company sizes in the private sector.

Who’s Checking and Why?

What employers who use social networking sites to research potential candidates said they are looking for when researching prospects is:

As social media permeates all aspects of our personal and professional lives, online postings can have serious and lasting consequences, said CareerBuilder. Employers who found content on a social networking site that caused them not to hire a job candidate said the primary reasons included:

Background Checking Candidates with Social Media
Increasing numbers of search firms and employers are using social media and Internet searches to screen candidates before hiring, according to a recent poll. While drug testing and credit checks used to be the biggest factors that could disqualify an otherwise great candidate, formal social media evaluations are now being added to the list.

On the other hand, those employers that found content that led them to hire a candidate said it was because they saw:

Monitoring Doesn’t Stop Once on the Job

Employers continue to monitor employees’ online presence even after they’re hired, according to the CareerBuilder report. Nearly half of employers (48 percent) said they use social networking sites to research current employees — 10 percent do it daily. Further, a third of employers (34 percent) have found content online that caused them to reprimand or fire an employee.

Here’s How Recruiters are Evolving Alongside Social Media
Over the last 50 years, technology has fundamentally changed the way people live. With every new medium, the scope and impact of technology becomes broader and more pervasive than before. Today, the combined effect of mobile communications and the availability of the internet have made it so that we feel …

“In terms of support tools, I’d rate social media below psychometric assessment, but still valuable as a guide to support hiring decisions in the executive search process,” said Nick Stephens, executive chairman of London-based search firm the RSA Group. “It can provide insight into an executive’s suitability for a role, as well as shine a light on their public persona. However, it is important to remember that social media is not data and needs to be contextualized before it is too heavily relied-upon as part of your data-driven due diligence in hiring. At the RSA Group, we use Proof of Candidate, our evidence-based approach involving thorough comparative profiling of candidates,” he said.

Shawn Baker, president of Rochester, NY-headquartered executive recruiting firm Cochran, Cochran & Yale, said social media has permanently changed the nature of talent acquisition, particularly with the advent of LinkedIn, which has opened the door for recruiters to connect with talent globally. “This has been a very positive change for the industry, but it’s a double-edged sword,” he said. “Rather than simply relying on a candidate’s resume to determine their credentials, recruiters are increasingly checking social media as part of their qualification process.”

“Job seekers should be aware that any content they’ve posted online – across any social media account – will have an impact on their personal branding and, potentially, their hire-ability,” said Mr. Baker. “Conversely, candidates with a strong social media presence that aligns, consistently, with their personal branding have the advantage of being found more quickly by recruiters, giving them a competitive edge when attractive opportunities become available.”

Ryan Lange, managing partner, government, security & energy at Direct Recruiters, said his firm’s clients are increasingly searching on social media channels such as LinkedIn, Facebook and Twitter. “On multiple occasions, our clients have eliminated candidates from the interview process due to what they found on his or her social media,” he said.

“It is extremely costly for organizations to make a bad hire (salary, sign-on bonus, time spent training), so finding red flags on a candidate’s social media has caused many of our clients to eliminate the risk of making an expensive mistake; hiring the wrong person,” said Mr. Lange. “Personally, I review candidates’ social media presence when I interview as well. For me, it will not make or break the interview process, but it is definitely a piece of the pie.”

“Believe it, hiring authorities are using every digital channel to give them insight into who you really are,” said Matt Albanese, CEO of the Everest Group. “Social media is the new age “REFERENCE CHECK!” As we know, social media has impacted the recruitment process as hiring authorities are researching candidates not only prior to hire, but prior to interviewing. The reality is that LinkedIn is a relationship building business tool which should be kept to content related to one’s professional accomplishments.”

“Social media platforms such as Facebook, Instagram and Snapchat, while a personal communication tool, can be viewed easily by the public,” he said. “Caution and discretion should be exercised regarding content posted. Take the time to ensure your LinkedIn profile picture is clear and professional, not a photo from your cousin’s wedding last summer.”

“Our team is seeing a few different behaviors, said Todd Zangrillo, head of the consumer practice at global executive search firm True. “First, there are clients who focus mostly on LinkedIn – how well do candidates write their profiles, who are they following and how well do they tell their stories. This is especially common for marketing and CEO candidates.”

Then, he added, “there’s a group of clients who search for controversial press or tweets, or, depending on the role, want to ensure there’s actually a robust social presence with high engagement. Regardless, it’s undeniable that social media is a key component to a personal brand.”

“Social media has a major impact and it matters a lot today, said Andrew Golden, partner at Atlantic Group. “To quote an all-time great in the recruiting field, even before social media existed; ‘if you wouldn’t want your mother to read about it on the front page of the local newspaper, don’t make it public.’ The bottom-line is that professional candidates should keep all social media content positive and professional.”

“Social media is definitely a factor in the hiring process, said Rhyan Zweifler, president of Noetic Search. “As a retained search consultant, it is essential that we have a 360 perspective on our candidates. There are things that could be on a site such as Facebook, Instagram or Twitter that can present a side of the candidates that we wouldn’t otherwise see.”

“We will look for information that could raise objections or be in conflict with our clients values such as statements that would be contrary to an organization’s mission,” he said. “LinkedIn can also be helpful to compare what is on a resume and what is stated in a LinkedIn profile. If there are inconsistencies it will inform a line of questioning when interviewing a candidate. We look at how someone shows up when conducting a google search rather than ‘stalking’ social media accounts. Social media is another piece of information to add to our overall understanding of a candidate’s potential fit with a client.”

“My thought is that online referencing, besides criminal and credit checks which all companies perform, is more germane to younger, more entry-level positions, said Peter Sweeney, founder and managing partner at Came|Sweeney. “Serious senior level candidates undergo extensive personal reference checks by reputable executive recruiters. Checking their social media accounts, he added, just adds to the intense evaluations each potential candidate goes through when being recruited.

According to Asheesh Mahajan, chief operating officer of HonorVet Technologies, “with social media being the backbone of global connectivity, it certainly is becoming the platform to virtually connect to 2.5 billion users. It has become a tool two-thirds of employers are using in someways to authenticate and monitor their potential candidates and employees.”

In the midst of digital transformation, where the HR and recruitment industry is progressing towards artificial intelligence, blockchain and decentralization of data; “it is empowering employers to monitor the digital footprints of professionals on a continual basis,” he added. “Having said that, next time you want to post something on your profile, put yourself in the shoes of an employer. Would you hire someone getting wasted at a party to be trusted the with the success of your company? If the answer is no, then don’t post the photo, comment, or joke, for the sake of your career.”