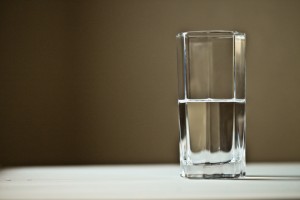 March 11, 2016 – Expect to see stable, but moderating hiring plans among U.S. employers for the second quarter of 2016, this according to the latest Manpower Employment Outlook Survey, just released by ManpowerGroup.

Taking into account seasonal variations, the net employment outlook is up, making anticipated hiring in the second quarter relatively stable compared to the first quarter and unchanged from last year at this time. But there seems to be some sluggishness in the numbers.

Of the more than 11,000 U.S. employers surveyed, 22 percent anticipate increasing staff levels during the quarter. This represents a two percent increase from the first quarter and unchanged from the same period a year ago. Four percent of employers expect workforce reductions, but an overwhelming majority of respondents, 72 percent, expect no change in hiring plans. (The final two percent of employers are undecided about their hiring intentions).

“The political season seems to be weighing heavily on employers who might be skittish about the direction the country is going on,” said Scott A. Scanlon, founding chairman and CEO of Hunt Scanlon Media in Greenwich, Conn. “That uncertainty is causing hiring folks to take a pause perhaps to reevaluate.”

“The U.S. labor market is strong compared to the global situation, with the economy still generating a sufficient number of jobs to keep the unemployment rate down,” said Kip Wright, senior vice president, Manpower North America.

“However, we now live in a world of ‘certain uncertainty,’ where increased volatility may be here to stay. As a result, organizations and individuals need to be more agile in order to better adapt to this rapidly evolving environment, and a key differentiator to success is attracting and developing the right skills.” Recruiters say keeping networked and “plugged in” is smart thinking as well.

Among employers in the 100 largest metropolitan statistical areas, the strongest job prospects are expected in Charlotte, Omaha, Albany, and Boise. The weakest outlooks are projected Youngstown, Akron, Baton Rouge, and Las Vegas.

Recent studies have found stable hiring outlooks as well, with some seemingly more upbeat that Manpower’s report. CareerBuilder’s job forecast found that 36 percent of employers plan to add full time, permanent employees this year. Nearly half of employers (47 percent) plan to hire temporary or contract workers. Whether those workers might now replace full time hires remains to be seen.

“On average, the U.S. has added 200,000 jobs each month over the last two years, and we expect 2016 to produce similar results, if not better,” said Matt Ferguson, CEO of CareerBuilder.

This trend was also pointed out by Adecco Staffing USA, whose ‘Definitive Guide to Building a Better Workforce’ study said 66 percent of companies use contingent labor to fill talent needs.

The report found that ‘best-in-class’ companies, a designation given to those with low turnover rates, sizable revenue growth and annual decreases in time to hire, are 44 percent more likely to increase the size of their temporary workforce in the next 12 to 24 months.

These reports follow a rather positive jobs report showing that employers added 242,000 jobs in February, according to the most recent U.S. Bureau of Labor Statistics report. This caps 72 months of uninterrupted job gains, the longest streak on record. U.S. companies have now added 14.3 million jobs over six straight years. Stay tuned.