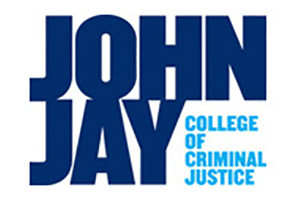 “What I realized during the interview process was how committed the faculty and staff are to their students’ success,” said Dr. Li. “My goal is to really support them, improving student retention and graduation rates. I’d like to help the faculty and staff provide a transformative experience for our students.”

John Jay College of Criminal Justice is a senior college of the City University of New York. It was founded as the only liberal arts college with a criminal justice and forensic focus in the U.S. The college is known for its criminal justice, forensic science, forensic psychology and public affairs programs.

Headquartered in Philadelphia, Diversified Search is the largest U.S. female-owned and -founded firm in the executive recruitment industry. It has offices in Atlanta, Chicago, Cleveland, Los Angeles, Miami, New York, San Francisco and Washington, D.C. Diversified is the U.S. partner of AltoPartners, an international alliance of 58 independent executive search firms that spans 35 countries across the Americas, Europe, the Middle East, Africa and Asia Pacific.

Diversified Search’s Mr. Wheeler has served a wide range of clients, including research intensive institutions, medical schools, liberal arts colleges and museums. Prior to joining the firm in 2003, he spent four years with Heidrick & Struggles.

The Colorado School of Mines, commonly known as Mines, recently enlisted Storbeck/Pimentel & Associates, one of the nation’s leading boutique providers in the higher education space, to help find its next provost. Alberto Pimentel, the firm’s managing partner, and Salvador Venegas, senior associate, are leading the search.

Ithaca College recently named La Jerne Cornish as its new provost and SVP for academic affairs. Witt/Kieffer was enlisted to conduct the assignment. For the past four years, Dr. Cornish has been associate provost of Goucher College. Dr. Cornish joins the school in July, succeeding Linda Petrosino.

Check Out These Related Articles On Recruiting for Academic Leadership: