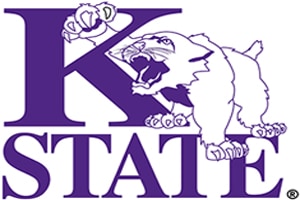 December 7, 2018 – Executive recruitment firm Ventura Partners has been chosen to lead the search for Kansas State University’s next football coach. This week, Bill Snyder, the winningest coach in the school’s history, announced his retirement after 27 seasons, and one previous retirement. Partner Chad Chatlos will spearhead the nationwide search for Ventura Partners.

Mr. Snyder, 79, leaves a big void with his departure, and Kansas State faces a weighty decision in choosing his successor. “Our priority will be to identify the absolute best individual to lead our football program and we will do so in a timely yet exhaustive manner,” said Gene Taylor, Kansas State’s director of athletics. “This is a program with rich tradition, a passionate fan base and a facility infrastructure that is second to none, and we want to find a successful coach who best fits and understands our culture here at K-State.”

“We will attract some of the nation’s top coaches, and I look forward to introducing the K-State Nation to its next coach in the near future,” said Mr. Taylor.

“Taylor has quietly told K-State staffers that he will hire a new coach within the next two weeks,” wrote Kellis Robinett, Kansas State beat writer for the Wichita Eagle. “I don’t know that he will need that much time, but he will do his due diligence. His legacy will forever be tied to this football hire, and he wants to get it right.”

Mr. Snyder’s contract reportedly includes a clause that will give him input into the school’s choice of a successor. He is also exercising a clause in his contract to become a special ambassador to Kansas State at an annual salary of $250,000 for “as long as he is physically and mentally able,” said Mr. Taylor.

Mr. Snyder’s record was 215-117-1. He leaves Kansas State as the 20th winningest coach in NCAA Division I Football Bowl Subdivision (FBS) history and ranks second among active FBS coaches in wins. Under Mr. Snyder, Kansas State is the third-winningest program in the Big 12 with 104 total league wins since the league was formed in 1996. He led the school to 19 bowl appearances, won two conference titles and achieved two No. 1 national rankings.

Notably, he also transformed a moribund football program into a perennial winner. “This university, this community and this state are deeply indebted to coach Bill Snyder,” said Richard Myers, Kansas State University president. “Since arriving on campus in 1989, coach has delivered on all his promises — and more. He brought Kansas State University football to the national stage and built a program on the bedrock of integrity, honor and his famed 16 goals for success.”

Mr. Chatlos specializes in senior executive searches across the sports industry with a focus on diverse roles in the intercollegiate athletics landscape. His clients include major sports leagues, teams, conferences and leading colleges and universities. He has completed Power Five athletic director and commissioner searches as well as head coaching searches for football, basketball, volleyball, softball, soccer, strength and conditioning, and more with marquee programs. In addition, he has led innovative searches in marketing, revenue-generating roles, eSports and player personnel positions.

Prior to joining Ventura Partners in 2016, he worked for Korn Ferry. He completed searches for the NFL, NBA, MLB, MLS, NCAA, multiple national governing bodies, brands and universities. He has held senior leadership positions with the PGA Tour, Carey International and various sports marketing agencies. He has significant business development, marketing, sales and operational management experience across major sports and entertainment sectors.