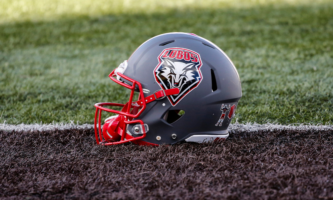 December 19, 2019 – Glenn Sugiyama, managing partner and global sports practice leader at DHR International, has placed Albuquerque, NM native Danny Gonzales as the 32nd head football coach of the University of New Mexico (UNM). Bob Davie was fired after going 35-63 over the last eight seasons, posting a losing record in six of them.

“We helped run a national search for New Mexico and met with many great leaders and football coaches,” said Mr. Sugiyama. “However, nobody was a better fit and nobody had more connections to New Mexico than Danny Gonzales. Coach Gonzales is from Albuquerque and played at New Mexico. He coached at New Mexico when they experienced success and continued on to success at San Diego State and Arizona State.”

“Kudos to athletic director Eddie Nunez and president Stokes for their vision for the importance of bringing a coach who can unite a community and energize a fanbase,” Mr. Sugiyama said. “To be able to bring someone home is special. The majority of his family is in Albuquerque and from what I saw last night when they introduced coach at the basketball game, his family and friends alone will have a significant impact on football game attendance next season.”

“I understood the importance of my first football hire and having the opportunity to work with Glenn and his team gave me the confidence that we would not only meet but exceed all of our expectations,” Mr. Nuñez said.

Mr. Nuñez made the official announcement during halftime at the Lobo men’s basketball game against Grand Canyon. “I love this place, I love you guys, I’m excited to get it started,” Mr. Gonzales said.

The new Lobo head coach is certainly familiar with UNM, as a player, staff member and as a Lobo assistant coach, as well as through his time coaching against UNM. Mr. Gonzales joins his mentor and former coach Rocky Long as former Lobo football players returning to coach their alma mater. He comes to UNM after spending the past two seasons at Arizona State University as defensive coordinator, and the seven seasons before that as safeties coach and defensive coordinator at San Diego State. In 2018, he was a nominee for the Broyles Award, given to the most outstanding assistant coach in college football.

“Danny is obviously one of the great young defensive minds in the country and when you have that kind of talent on your staff, you have to accept other places will take notice,” said Herm Edwards, head football coach of Arizona State. “I will always put our coaches in a situation where they have the best opportunity to  achieve that level success for themselves and for their families. I know that Danny will represent us well in Albuquerque and embody everything that he excelled at here while he was a Sun Devil.”

The New Mexico Lobos football team competes as a member of the Mountain West Conference. They have a cumulative record of 449–513–31.  The Lobos play their home games at Dreamstyle Stadium.