Menu
View our Events
Stay Connected:
A new study by the Conference Board, with Heidrick & Struggles, shows that women leaders at S&P companies have dropped to pre-2016 levels. Yet CEO firings due to #MeToo-related misconduct reached a new high last year. What’s going on? Let’s take a closer look! 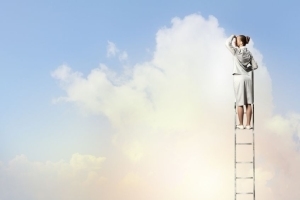 December 5, 2019 – Despite growing calls for gender diversity, the number of women chief executive officers in the S&P 500 dropped by nearly 20 percent in 2018. At the same time, corporate America took decisive action against harassment: In the S&P 500, companies ousted five CEOs in 2018 due to #MeToo-related misconduct, representing more than 40 percent of all CEO dismissals.

These are among the findings to come out of a new report by the Conference Board, supported by executive search firm Heidrick & Struggles. The study shows that succession events involving the CEO role remain in flux, and not always for the better. Last year was particularly disheartening for those looking to boost the fortunes of women in the top jobs at major businesses.

“While the number of women CEOs has increased significantly since the report began –  reaching their highest levels in 2017 – the trend has suddenly reversed with the number of women CEOs dropping to pre-2016 levels,” said Bonnie Gwin, vice chairman and co-managing partner of the CEO and board practice at Heidrick & Struggles. “As companies increasingly look inward for their next CEO, companies must do more earlier to develop and train high-potential women leaders and add them to their CEO-ready lists.”

At the end of 2018, women held 22 CEO positions in the S&P 500, down from a record 27 in 2017, said the report. Last year, just one additional woman joined the CEO ranks: Kathy Warden of Northrop Grumman.

The study examines CEO succession events announced in the S&P 500 in 2018, comparing historical data that The Conference Board has been collecting since 2001.

Among the other key findings, the study revealed that CEO firings reached a historic high last year. Nonvoluntary departures climbed to 30.5 percent, up almost eight percentage points from 2017. Oustings related to the #MeToo movement, meanwhile, accounted for nearly half (five) of the 12 dismissals, compared to just one CEO departure for personal misconduct in the S&P 500 from 2013-17.

“With the rise in CEO departures and as the CEO role continues to evolve, we’ve continued to see the need for boards to proactively plan for a range of scenarios and to make succession planning a high priority,” said Jeff Sanders, vice chairman and co-managing partner of the CEO and board practice for Heidrick.

Insiders, it was also found, claimed almost all vacant CEO positions. Internal leaders assumed nearly 90 percent of the open CEO positions in 2018 (52 out of 59 openings), said the Conference Board report. Of the 52 insiders who became CEOs, 20 had at least two decades of experience at the company. This reflects the value that boards place on continuity and in-depth organizational knowledge when selecting a leader, said the study.

At the same time, long tenures in the CEO role remained a fact of life. In 2018, departing CEOs had stayed in their roles for an average of 10 years, said the Conference Board report. After hitting a low of nearly seven years following the Great Recession, CEO tenure has increased almost every year over the past decade. It reached the 10-year mark in three of the past four years.

“The rate of succession among older chief executives continues to climb, and there are still more CEOs aged 75 and over than there are CEOs under the age of 45,” said Matteo Tonello, managing director of ESG research at the Conference Board’s ESG Center and the principal author of the report. “In the coming months and years, a softening economic environment may very well unfold. Boards should be prepared, given a slowdown would likely spur an acceleration of CEO retirements and tightening of the market for top talent.”

“A buoyant market environment and quality leadership development programs are likely key contributing factors to the lengthening of CEO tenure and the overwhelming elevation of insiders to the CEO position,” said Jason Schloetzer, associate professor of business administration at Georgetown University’s McDonough School of Business and a co-author of the report.

Consumer products and transportation CEOs, on the other hand, saw a different picture: That sector dismissed CEOs at the highest rates: nonvoluntary departures were 40 percent and 33.3 percent, respectively.

Women leaders continue to face challenges. In a report released by the Korn Ferry Institute earlier this year, it was found that the number of older women going back to work has seen a sharp uptick over the past year, growing more than other populations. And with organizations facing a global talent crunch, this is only good news for those in need of new recruits, said Korn Ferry. Yet it also creates a challenge: putting this returning workforce in the right jobs.

For leaders to leverage this talent in an increasingly ambiguous economy, they’ll need to be much more deliberate and structured in how they bring them on board. “It’s not necessarily new strategies and tactics,” said Shannon Hassler, a principal with Korn Ferry’s Advancing Women Worldwide team. “But it’s another level of intentionality that companies need to have to make sure these women aren’t falling through the cracks.”

This winter, women over 55 years old accounted for more than 17 million workers, around a four percent uptick from that time last year, said Korn Ferry, citing figures from the U.S. Bureau of Labor Statistics. The share of working men over 55, on the other hand, only rose by about three percent over the past year, while the number of employed women across all age groups increased by less than two percent. What’s more, Labor Department statistics showed that the share of older women in the workforce has reached a record high in a decade: Earlier this year, women over age 55 made up 34.3 percent of the U.S. labor force; 10 years ago, that rate was 32.4 percent.

While there are exceptions, said Ms. Hassler, many women re-entering the labor pool often aren’t returning to top executive positions. Instead, they are more likely an individual contributor or middle manager, and have to work their way back up to upper management and the C-suite candidates have fewer years than their younger coworkers to make that climb. “Even with women in the pipeline who haven’t taken a hiatus, there is a significant disconnect with them and critical pathway roles, relationships, and experiences,” Ms. Hassler said. “Those issues are compounded when you’re talking about women coming back to the workplace.”

To shift that outcome, leaders should ramp up efforts to expose those returning workers to the right people and operational roles. Updating them to new technology and integrating them into the new culture will be important, too.

“The ideal approach starts with some sharp analysis about what has changed and what hasn’t,” said Melissa Swift, a senior client partner and leader of Korn Ferry’s digital advisory practice, who authored the report. “Being up-front and clear about what has changed in terms of workplace norms can be hugely helpful. Don’t make them guess about ‘the unwritten rules.’”

Meanwhile, a Korn Ferry analysis of the nation’s 1,000 largest corporations across eight industries, found that women now hold 25 percent of the five critical C-suite positions, an increase from 23 percent in 2018. Still, women only held a majority in one of those spots, CHRO, and only six percent of CEO spots are held by women, unchanged from 2018.

“In every industry we analyzed, there’s a tremendous need for improvement to bring more women to the C-suite,” said Jane Stevenson, global leader of Korn Ferry’s CEO succession services, who co-authored the report. The onus is on both women to seek out experiences that can help them lead and organizations to create an environment where women can succeed, she said.

The study reviewed the positions of chief executive officer, chief financial officer, chief information/technology officer, chief marketing officer, and chief human resources officer. Among the eight industries, retail has the highest percentage of female CEOs (12 percent). Healthcare has the fewest, at one percent.  Women hold 55 percent of the CHRO spots across industries; only retail doesn’t have at least half of its CHRO spots held by women, and even there, women have 49 percent of those roles.