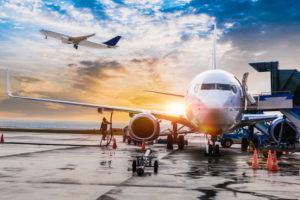 “We have great expectations about the new drive that Rafael Echevarne will bring to our organization,” said Andrew O’Brian, president of ACI-LAC. “We believe that ACI-LAC must continue to develop a leading role in the region, representing our partners and providing strong leadership to all of our regions´ members. There is no doubt that Rafael has the knowledge and experience to take us to the next level in a fast paced and ever changing aviation industry.”

Mr. Echevarne is a widely respected aviation professional who has worked in the air transport industry for the past 26 years. He has held highly strategic roles in airport companies in the United Arab Emirates, Australia, New Zealand and Europe, as ACI World’s director of economics, and recently as CEO of Montego Bay Airport in Jamaica. With an extensive academic experience in economics, planning and transport management, Mr. Echevarne holds a doctorate in air transport economics. He has authored specialist publications and has been a professor at several European universities.

Angela Gittens, director general of Airports Council International-World, said she was “delighted to welcome Rafael as the director general of the Latin America-Caribbean Region, one of the fastest growing and most dynamic aviation markets in the world. As the former director of economics for ACI World, Rafael broke new ground in representing airports interests to regulators, investors and stakeholders and providing key business intelligence for airport operators,. He successfully accomplished his goal of bringing the airport sector to its proper place within the industry – as businesses in their own right. We look forward to working with him to bring all his talents to bear for the LAC region and for the industry as a whole.”

Representing the interests of airports operators for the Latin-American and Caribbean, ACI-LAC was founded in 1991 with the mission of proving support for a secure, stable, efficient and environmentally compatible airport system. ACI-LAC has over 65 members operating more than 270 airports in 34 countries from the Latin-American and Caribbean region.

The U.S. wing of the firm, launched in 2011 under the direction of CEO Steve Potter, has become one of the fastest growing search firms in the Americas. Odgers Berndtson has U.S. offices in Atlanta, Austin, Boston, Chicago, Dallas, Denver, Houston, Los Angeles, Miami, Minneapolis, New York, Philadelphia, San Francisco and Washington, D.C.

Prior to Odgers, Mr. McNamara held global leadership roles with three international search firms and formerly was with Booz Allen Hamilton’s Applied Science Center. Earlier in his career, he represented American, Danish, French, German and Mexican companies in the global engineered logistics sector. Mr. McNamara was knighted in 1989 by Queen Margrethe II of Denmark in recognition of his service to the country.