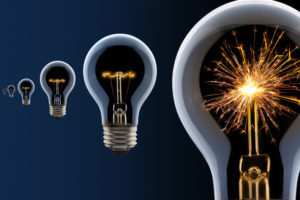 September 13, 2019 – Increasingly, organizations of all sizes are awakening to the perils posed by cyber attacks. For years, many groups tried to ignore the problem, dismissing cybersecurity as a concern only for the biggest, most high-profile entities, be they government or corporate. These days, more groups are coming to understand how ruinous such intrusions could be. This has led to a dramatic rise in the demand for cybersecurity executives and search firms in this sector continuing to grow.

Recently, CyberSN, a boutique search firm serving talent needs in cybersecurity, appointed Mark Aiello as its new president. He will focus on building a state of the art inbound marketing strategy and execution processes, along with a strategic role in CyberSN’s full suite of products and services including KnowMore, an international cybersecurity job platform.

“Choosing a president for a firm that has a very special family culture which focuses on productivity and love was easy when I met Mark,” said Deidre Diamond, CEO and founder of CyberSN. “Mark shares the same passion that drives us at CyberSN — the care of the cybersecurity community. Care of the community means building technology to speak their language, using technology to make great matches and providing career support along the way,” she said. “We care about the cyber professional and Mark does too.”

Mr. Aiello previously served as vice president of cybersecurity operations for Signature Consultants, one of the largest staffing firms in the U.S. Prior to that, he founded and spent 17 years at Cyber 360 Inc. (formerly, the Revolution Group) which was sold to Staffing 360 Solutions.

“I will apply the same principles that made me successful in my staffing career – integrity, honesty, work ethic, intelligence, and perseverance – to support CyberSN’s powerful brand as a valued and trusted partner for job seekers and talent seekers throughout the world,” he said.