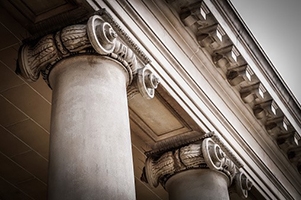 March 19, 2018 – These are critical days for credit unions. The U.S. has nearly 6,000 of them, with more than $1.2 trillion in assets, according to the National Credit Union Administration.

But with the steady retirement of Baby Boomers, among other factors, the cooperatives are facing the loss of more than 4,000 chief executive officers and senior managers over the next five years. This means that leadership development, succession planning and employee retention are more important than ever.

“Sean brings a wealth of experience to the table and we are looking forward to the continued growth and success of the credit union under his leadership,” said James Kaelin, chairman of the board of directors. Mr. Kaelin also commended longtime CFO Tony Caccese, who served as interim CEO during the past year. “His outstanding management of CFCU during this time ensured the services to our members continued uninterrupted,” said Mr. Kaelin.

CFCU wanted a leader with excellent communication skills. The individual had to be capable of interacting with the community, members of Congress and business leaders. Ten to 15 years of progressive senior leadership experience in a financial services organization was also required.

Mr. Zimmermann fit the bill. He brings over 25 years of credit union and finance experience to his new job. He comes to CFCU from Bank-Fund Staff Federal Credit Union, where he served as CFO for two years. He previously worked for Tower Federal Credit Union for more than 20 years in a number of positions, including vice president of finance and senior vice president of operations and technology. Prior to this, he held positions at Republic Bancorp, Westinghouse Electric Corp. and Legg Mason Wood Walker.

In his new role, Mr. Zimmermann is charged with helping the credit union foster a culture of proactive service and innovation driven by member value, while promoting revenue, profitability and organizational growth.

CFCU was started by eight congressional employees in 1953, with just $40 in deposits. Today it has 47,000 members and over $900 million in assets. Its mission has always been to help the people that serve on Capitol Hill achieve their financial goals by offering a wide range of financial services to their members.