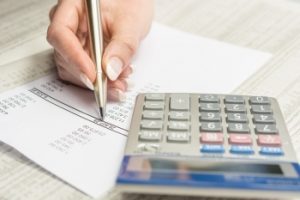 September 15, 2017 – These are critical days for credit unions. The U.S. has nearly 6,000 of them, with more than $1.2 trillion in assets, according to the National Credit Union Administration.

But with the steady retirement of Baby Boomers, among other factors, the cooperatives are facing the loss of more than 4,000 chief executive officers and senior managers over the next five years.

This means that leadership development, succession planning and employee retention are more important than ever.

CUDGC’s CEO is expected to provide strategic direction and executive leadership to a team of professionals to fulfill the corporation’s mandate of instilling confidence in Saskatchewan’s credit unions, said the search firm. The individual helps guarantee deposits and maintains an effective regulatory regime by promoting responsible governance and prudent business practices by credit unions that contribute to the strength and stability of the credit union system.

The right candidate will be expected to handle changes in circumstances and priorities, the firm said. The person must demonstrate a willingness to be flexible, versatile and/ or tolerant in a changing work environment while maintaining effectiveness and efficiency. According to Conroy Ross, the executive must be a passionate role model and advocate who works to engage the team, harnessing their passion and commitment to the mission, vision and values of the organization. They must also be confident leader who takes initiative and a creative approach to problem solving. The individual must also be an influential leader who demonstrates credibility, competence and caring.

Credit Union Deposit Guarantee Corporation was the first deposit guarantor in Canada, and has successfully guaranteed the full repayment of deposits held in Saskatchewan credit unions since 1953. Over six decades, CUDGC has evolved from a mechanism of mutual self-help to an organization that has played a significant role in the shift to a prudential regulatory model for Saskatchewan credit unions.

Founded in 1994, Conroy Ross Partners is a national search and consulting firm with offices across Canada. The firm works with leadership teams to recruit a wide range of C-level executives. It has expertise in both the private and public sectors, and services a diverse group of clients, across a breadth of different industries.

“As the credit union industry continues to evolve in complexity and sophistication, the need for strategically placed business partners who can provide counsel on compensation, board governance and talent acquisition has never been more important,” said Mike Juratovac, sector leader of credit union and community banking in Korn Ferry Futurestep’s North America financial services practice. The industry as a whole, he said, has become more reliant on talent consulting services, including talent acquisition, workforce planning and employee development.

Credit unions have been coming to executive search firms in droves to fill senior leadership roles. Here are some recent assignments from the Hunt Scanlon Media archives.