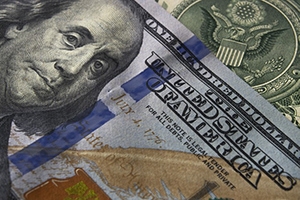 January 8, 2019 – These are critical days for credit unions. The U.S. has nearly 6,000 of them, with more than $1.2 trillion in assets, according to the National Credit Union Administration. But with the steady retirement of Baby Boomers, among other factors, the cooperatives are facing the loss of more than 4,000 chief executive officers and senior managers over the next five years.

This means that leadership development, succession planning and employee retention are more important than ever. Recently, executive recruiters Credit Union Resources placed Lester Warby as the new president and CEO of STAR Credit Union in Houston.

With more than 20 years of management experience in the credit union industry, Mr. Warby will help STAR Credit Union continue to provide financial products and service to its members. Mr. Warby is recognized in the industry for implementing innovative products, cost saving initiatives and improved efficiencies while improving the member experience.

He joins the organization from Baltimore Washington Federal Credit Union in Glen Burnie, MD, where he served as CEO. He was responsible for increasing net worth, membership and lending, as well as creating growth. Mr. Warby grew the credit union from nearly $8.75 million to over $10 million within his first 12 months.

He was previously CEO of Wolf Point Federal Credit Union in Wolf Point, MT. There, he oversaw operations, lending, finance, information technology, marketing, business development and administration within all areas of the credit union.

Credit Union Resources is the executive search division of the Cornerstone Credit Union League, a regional trade association representing credit unions. Marcus Cotton, vice president of executive recruiting, leads the firm, which he joined in 2014, when he was brought in to develop and launch the organization’s recruiting practice. He overseas executive search assignments ranging from senior management roles to president and CEO positions.

“We see enormous potential in this sector, as the popularity of credit unions is skyrocketing among consumers as they typically offer lower fees and better returns,” said Korn Ferry. “Additionally, following the 2008 financial crisis, many U.S. consumers moved their savings from large banks to credit unions and community banks.”

Russell Reynolds Associates recently placed Dave Sweiderk as the new president and CEO of the $3.6 billion-asset State Employees Credit Union (SECU) of Maryland. “While our national search produced a number of highly qualified candidates, it was evident to all on the board that Dave was the right person to build upon Rod Staatz’s many successes.”

Recruiters D. Hilton Associates recently placed Sean Zimmermann as the new president and CEO of the Congressional Federal Credit Union (CFCU) in Oakton, VA. Mr. Zimmermann has over 25 years of credit union and finance experience to his new job. He came to CFCU from Bank-Fund Staff Federal Credit Union, where he served as CFO for two years.