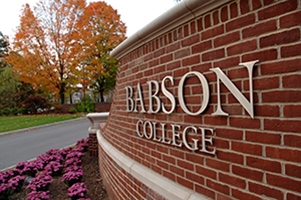 January 8, 2019 – Spencer Stuart recently recruited Stephen Spinelli Jr. as the 14th president of Babson College in Wellesley, MA. When he takes the helm of the private business school in July, Dr. Spinelli will be the first Babson president to have previously led another university, having served for 10 years as president of Philadelphia University.

Kerry Healey, Babson’s first female president, announced last year that she would be stepping down this summer after six years in the role. She is a former Massachusetts lieutenant governor.

The selection of Dr. Spinelli, 63, followed an international search that attracted a deep, diverse and talented pool of candidates, said Babson. For the search, Spencer Stuart partnered with Babson’s board of trustees, along with a search committee comprised of 12 members of the  school’s community representing faculty, students, staff, alumni, parents and governance. The search started with 200 potential prospects.

Dr. Spinelli, an accomplished entrepreneur who co-founded Jiffy Lube, has spent his career at the intersection of academia, business and philanthropy. As president of Philadelphia University, he led the merger of Philadelphia and Thomas Jefferson universities. He was subsequently named chancellor of Thomas Jefferson University, as the school is known today. In June, he became president emeritus.

At Philadelphia University, Dr. Spinelli established the Kanbar College of Design, Engineering and Commerce, which is one of America’s first transdisciplinary colleges. He also championed the master of science in sustainable design, an award-winning, transdisciplinary, collaborative degree program that is among the most recognized sustainable design graduate degrees. Under his leadership, Philadelphia University saw record enrollment and retention with significant student growth in graduate, continuing and professional studies, and online programs.

“As a visionary, with the wisdom and guts to take the bold steps to ensure that higher education delivers real-world experiences and the training students need to compete in the 21st century, Dr. Spinelli is answering a call that is part of his DNA,” said Stephen Klasko, president of Thomas Jefferson University. “Those who know him well, also know that he doesn’t stand still for too long. That is what has and will continue to make him so successful.”

Dr. Spinelli earned his doctorate in economics from the Management School, Imperial College, at the University of London. He also holds an MBA from the F.W. Olin Graduate School of Business at Babson and a bachelor’s degree in economics from McDaniel College.

“Babson has played an important and special role in my life and I am really honored to be returning to the community,” Spinelli said in a statement. “While higher education is facing many disruptions, together we can set a vision that will enable Babson to continue to lead and remain a beacon of innovation.”

An independent, not-for-profit institution, Babson is accredited by the Association to Advance Collegiate Schools of Business (AACSB), the New England Association of Schools and Colleges, and the EFMD Quality Improvement System (EQUIS). As of September, Babson reportedly had 2,361 undergraduate students and 996 graduate students.

Check Out These Related Articles On Searches For University Presidents: