Stay Connected:
Chief executives continue to be optimistic about the economy, according to the latest report by the Conference Board. Hiring plans are down, but remain positive overall. Here’s a closer look at the study and some predictions from leading executive recruiters. 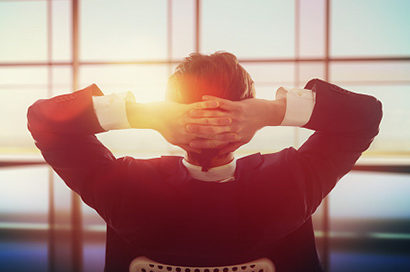 April 20, 2018 – The Conference Board’s latest measure of CEO confidence, which rebounded in the fourth quarter of 2017, made further gains in the first quarter of 2018. The measure now reads 65, up from 63 in the last quarter of 2017. A reading of more than 50 points reflects more positive than negative responses.

“CEOs remain positive about short-term growth prospects in the U.S., and to a lesser degree, about prospects in other mature and emerging markets,” said Lynn Franco, director of economic indicators at the Conference Board. “Hiring plans have eased compared to last year, with more than half of CEOs anticipating an increase in employment levels in their industry. However, close to 40 percent say finding qualified workers remains a major obstacle to hiring.”

CEOs’ assessment of current economic conditions was slightly more positive, with 75 percent saying conditions are better compared to six months ago, up from 71 percent in the fourth quarter of last year. CEOs were also moderately more optimistic in their appraisal of current conditions in their own industries. Now, 51 percent said conditions have improved, up from 49 percent last quarter.

CEOs view current conditions in the U.S., India, and Brazil more favorably than at the end of 2017. CEOs’ assessment of current conditions, while still favorable, declined for China, and to a lesser degree for Japan and Europe.

CEO Confidence in the Economy at All-Time High
A record-breaking number of CEOs are optimistic about the short term economic environment, according to PwC’s 21st annual survey of CEO sentiment. Fifty-seven percent of business leaders said they believe global economic growth will improve in the next 12 months.

On a separate question, CEOs said that finding qualified workers was the largest obstacle to hiring, followed by healthcare costs. Regulation and litigation ranked as the third most major roadblocks, followed by wage and salary costs. Other fringe benefits were of much lesser concern when hiring new workers.

A likely reason behind the upturn in CEO confidence is simply that the U.S. economy continues to perform well, said Scott Dunklee, founder and managing partner of the Lancer Group in La Jolla, CA. “The U.S. is the bright economic light at the moment. So that helps. And then if you’ve seen the numbers on the economy overall, those are all positive, and that adds a lot to it.”

Mr. Dunklee pointed to a recent report by global investment firm Kohlberg, Kravis and Roberts suggesting that positive economic trends should continue for the next two years. That’s a good sign that CEO confidence will continue, he said. “I think it allows people to make some commitments that they would have otherwise been holding off making,” he said.

As for the search industry, CEO confidence translates into forward movement as well. “At the granular level it translates into a company feeling confident about even just hiring more sales people, for example,” said Mr. Dunklee. “Sales people don’t get productive typically for the first six months, so you have to make a longer term commitment.”

And at the CEO level, he noted, that confidence means that projects that have been on the drawing board requiring a year or two to complete are now getting the go-ahead.

Related: A New Look at How Jobs are Created, Found, Applied for and Won

CEO confidence, not unlike consumer confidence, can be infectious. “A lot of this stuff is psychological,” said Mr. Dunklee. “To a certain extent, CEOs talk to each other. CEOs go to the same conferences. If people are in the same industry and they’re hearing good news, that does tend to re-enforce their view of the world and makes them feel good about making investments.”

Unemployment Rate Remains at 18-Year Low
Employers added 103,000 jobs last month as the U.S. unemployment rate remained at an 18-year low of 4.1 percent, according to the most recent U.S. Bureau of Labor Statistics report. The March gain is the 90th consecutive month of job growth.

Katherine Young, president and managing partner of boutique recruiting firm Young Search Partners, said she expected the war for talent in terms of recruiting and retaining the best talent to continue to escalate. “Driven by strategic M&A initiatives and market positioning, organizations will need to continue to identify and recruit the best leadership talent that will drive these initiatives forward while retaining top performers,” she said.

“This talent will want to be an integral part of the business, a key contributor to business growth and impact,” said Ms. Young. “Organizations will need to think very differently about their employment brand and employee value proposition to attract and retain the best and brightest.”

John Uprichard, president and CEO of Find Great People, said he was excited by the optimism surrounding overall growth in the economy. “Positive changes in the economy create a lot more demand for talent and that is what we have seen year over year with sustainable growth,” he said. “The demand for talent in 2018 is going to be greater than we’ve seen in the past five years. As the demand for talent increases, it is important for companies to understand how that drives some key variables in the market. We are going to see changes in availability of talent, greater competition for talent, wage escalation, higher acquisition costs and longer search cycles.”

Candidates are also putting a much greater focus on total rewards vs. just compensation, said Mr. Uprichard. Compensation, benefits, time-off and other workplace considerations such as the ability to work remotely all fit into the equation. “As there is an increased demand for talent, the starting place for companies needs to be the reinvestment back into their existing talent,” he said. “If companies don’t start here, they could start to see the unexpected departure of talent in critical skill-sets over the next 12 to 24 months.”

Accessibility to talent has pivoted from talking to people in person and on the phone, to a greater focus on connecting through technology. “Technology brings greater accessibility to people, but from a candidate perspective it also offers a way to filter their responses,” said Mr. Uprichard. “Technology is a great enabler of communication, but the danger of technology is that it dilutes building relationships and takes us to a place of being transactional.”

The search business depends on having great networks, and networks are built on relationships and meaningful connections. “To meet the demand for talent, search consultants and recruiters that can balance the utilization of technology with building meaningful relationships are going to have the most success,” said Mr. Uprichard.