Stay Connected:
Optimism in global economic growth reaches record level and rises in all countries, says a new report by PwC. Let’s take a closer look at the study and offer up some predictions from leading executive recruiters at Young Search Partners and Find Great People. 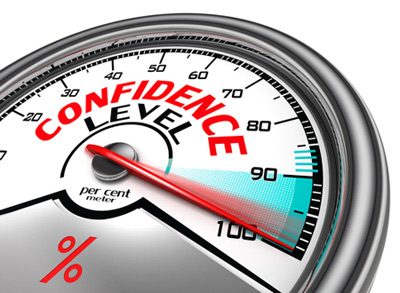 February 7, 2018 – A record-breaking number of CEOs are optimistic about the short term economic environment, according to PwC’s 21st annual survey of CEO sentiment. Fifty-seven percent of business leaders said they believe global economic growth will improve in the next 12 months. That’s almost twice the level of last year (29 percent) and the largest increase since PwC began asking about global growth in 2012.

Optimism in global growth more than doubled in the U.S. to 59 percent after a period of uncertainty surrounding the election in 2017 (24 percent). Brazil also saw a large increase in the share of CEOs who were optimistic that global growth will improve (up 38 percent to 80 percent.) And even among the less optimistic countries such as Japan (2018: 38 percent vs. 2017: 11 percent) and the U.K. (2018: 36 percent vs. 2017: 17 percent), optimism in global growth more than doubled since last year.

“CEOs’ optimism in the global economy is driven by the economic indicators being so strong,” said Bob Moritz, global chairman of PwC. “With the stock markets booming and GDP predicted to grow in most major markets around the world, it’s no surprise CEOs are so bullish.” Since the study was conducted, the stock market has taken quite a hit; whether that will impact sentiment as the first quarter unfolds remains to be seen.

Confidence Within Own Company

Optimism in the economy has been feeding into CEOs’ confidence about their own companies’ outlook with 42 percent saying they were “very confident” in their own organization’s growth prospects over the next 12 months, up from 38 percent last year.

But looking at the results by country, it’s a mixed bag. CEOs’ outlook improved in several key markets including in Australia (up four percent to 46 percent) and China (up four percent to 40 percent), where the share of CEOs saying they were “very confident” in their own organization’s 12-month growth prospects rose.

In the U.S., CEOs’ confidence recovered. After election nerves last year, the early focus on regulation and tax reform by the new administration saw confidence in business growth prospects for the year ahead rising significantly – from 39 percent in 2017 to 52 percent in 2018. And North America was the only region where a majority of CEOs were “very confident” about their own 12-month prospects.

In the U.K., with Brexit negotiations only recently reaching a significant milestone, business leaders’ drop in short-term confidence was unsurprising (2018: 34 percent vs. 2017: 41 percent).

CEO confidence in the U.S. market extends overseas, with non-U.S. based CEOs once again voting it the top market for growth in the next 12 months. This year, the U.S. reinforced its lead on China (46 percent U.S. vs 33 percent China.) Germany (20 percent) remained in third place, followed by the U.K. (15 percent) in fourth place, while India bumped Japan as the fifth most attractive market in 2018.

Companies Have Aggressive Hiring Plans for 2018
The hiring outlook for 2018 is the best the U.S. has seen in over a decade with 44 percent of employers planning to hire full-time, permanent employees in the new year and half (51 percent) expecting to hire temporary employees, according to CareerBuilder’s annual job forecast.

Confidence in short-term revenue growth was also feeding into jobs growth, with 54 percent of CEOs saying they planned to increase their headcount in 2018 opposed to 52 percent last year. Only 18 percent of CEOs expected to reduce headcount.

Healthcare (71 percent), technology (70 percent), business services (67 percent) communications (60 percent) and hospitality and leisure (59 percent) were among the sectors with the highest demand for new recruits.

Overall, 22 percent of CEOs were extremely concerned about the availability of key digital skills in the workforce, 27 percent in their industry and 23 percent at the leadership level.

Investments in modern working environments, learning and development programs and partnering with other providers were the top strategies given to help them attract and develop the digital talent they need.

While recent research by PwC showed that workers were optimistic about technology improving their job prospects, CEOs admitted that helping employees retrain, and increasing transparency on how automation and AI could impact jobs was becoming a more important issue for them.

Two thirds of CEOs said they believe they have a responsibility to retrain employees whose roles are replaced by technology, chiefly among the engineering & construction (73 percent), technology (71 percent) and communications (77 percent) sectors. Sixty-one percent of CEOs build trust with their workforce by creating transparency, at least to some extent, on how automation and AI impact their employees.

“Our education systems need to arm a global workforce with the right skills to succeed,” said Mr. Moritz. “Governments, communities, and businesses need to truly partner to match talent with opportunity, and that means pioneering new approaches to educating students and training workers in the fields that will matter in a technology-enabled job market.”

Human Strengths Touted as the Solution to Challenges of the Skills Revolution
As technology transforms organizations, skills needs are changing rapidly and companies are struggling to find the talent they need. The key to coming out on top for individuals and employers alike is to develop the best blend of technical skills …

“It also means encouraging and creating opportunities for the workforce to retrain and learn new skills throughout their careers,” he said. “As the interest in apprenticeships and internships shows, lifelong training relevant to a business or industry is critical.”

Katherine Young, president and managing partner of boutique recruiting firm Young Search Partners, said she expected the war for talent in terms of recruiting and retaining the best talent will continue to escalate. “Driven by strategic M&A initiatives and market positioning, organizations will need to continue to identify and recruit the best leadership talent that will drive these initiatives forward while retaining top performers,” she said.

“This talent will want to be an integral part of the business, a key contributor to business growth and impact,” she added. “Organizations will need to think very differently about their employment brand and employee value proposition to attract and retain the best and brightest.”

Related: Why Your Culture Is Your Brand

John Uprichard, president and CEO of Find Great People, said he was excited by the optimism surrounding overall growth in the economy. “Positive changes in the economy creates a lot more demand for talent and that is what we have seen year over year with sustainable growth,” he said. “The demand for talent in 2018 is going to be greater than we’ve seen in the past five years. As the demand for talent increases, it is important for companies to understand how that drives some key variables in the market. We are going to see changes in availability of talent, greater competition for talent, wage escalation, higher acquisition costs and longer search cycles.”

Candidates are also putting a much greater focus on total rewards versus just compensation, said Mr. Uprichard. Compensation, benefits, time-off and other workplace considerations such as the ability to work remotely all fit into the equation. “As there is an increased demand for talent, the starting place for companies needs to be the reinvestment back into their existing talent,” he said. “If companies don’t start here, they could start to see the unexpected departure of talent in critical skill sets over the next 12 to 24 months.”

Accessibility to talent has pivoted from talking to people in person and on the phone, to a greater focus on connecting through technology. “Technology brings greater accessibility to people, but from a candidate perspective it also offers a way to filter their responses,” said Mr. Uprichard. “Technology is a great enabler of communication, but the danger of technology is that it dilutes building relationships and takes us to a place of being transactional.”

The search business depends on having great networks, and networks are built on relationships and meaningful connections. “To meet the demand for talent, search consultants and recruiters that can balance the utilization of technology with building meaningful relationships are going to have the most success,” said Mr. Uprichard.