Menu
View our Events
Stay Connected:
After nearly a decade job growth, the U.S. unemployment rate recently hit a 17-year low. But according to recruiters at Calibre One there’s more to the jobs picture than numbers alone. Change is afoot in how roles are created, found, applied for and won. Let’s take a closer look. 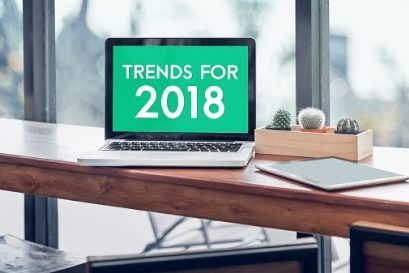 February 14, 2018 – Despite two major hurricanes and political turmoil in Washington, D.C., the U.S. economy forged ahead last year, adding more than 1.9 million new jobs and pushing stock markets to an all-time record high. After eight years of steady job growth, the nation’s unemployment rate hit a 17-year low. But there is more to the jobs picture than numbers alone. Change is afoot in how roles are created, found, applied for and won.

In its take on the top hiring trends for 2018, executive search firm Calibre One is predicting that this will be a year of expanded reverse board placements, largely because of the successes companies have had in adopting such a strategy. The firm said it also anticipates increased diversity placements, risk awareness and the need to provide intellectual challenge along with salaries and benefits.

“Calibre One has forecasted top trends, based on our broad view of the market, in close collaboration with customers and partners who are assessing and implementing hiring strategies in their companies and industries,” said Dan Grosh, managing partner of Calibre One’s San Francisco office. “Calibre One believes 2018 will mark an important phase in the industry as technology organizations seek to hire the best talent while meeting their business strategies.”

Hilton is hiring Senior Directors in HR Consulting in all of its corporate locations in North America: Dallas, Memphis and Mclean. The Senior Director of HR Consulting will provide HR business solutions in areas such as talent maximization, workforce planning, process improvement, and change implementation. Apply on Ezayo!

Calibre One, which has seen significant growth over the past several years, ranks as the 27th largest search firm in the Americas, according to the latest statistics report from Hunt Scanlon Media. The search firm has secured more than 2,000 executives at the vice president, C-level and CEO stages of their careers, including for Fortune 100, mid-sized private equity and emerging growth companies.

The firm has presented trends in the labor market that it believes are likely to unfold this year and beyond. Some are already in play, and each is expected to accelerate in the coming years, disrupting how companies attract, hire and retain talent.

“As a practice that has gained widespread acceptance in recent years, the strategy of implementing reverse board placements – where executives are placed on the boards of other companies – has hit its stride as its benefits are recognized, and we will see a significant increase in the practice in 2018,” said the firm.

Research since 2015 has shown that companies that encourage their executives to serve on the boards of other companies enjoy a more well-rounded team as well as positive exposure among the broader market along with improved networking. So it is that Calibre One predicted a growing interest in this practice this year.

How One Recruiter’s Board Participation Is Paying Off
For executive search firm leaders, serving in a board capacity for outside companies can be rewarding on several levels. There’s service to a company, of course. But a lot of valuable learning also goes on in such work, be it about emerging trends, the latest ideas or the hottest businesses and their talent.

Today’s chief executives and directors are a growing mix of genders, ethnicities and professionals with a broader, more global vision. Calibre One, however, said that hiring diversity candidates for executive roles does pose challenges: the lack of a deep candidate pool, gender bias (often unconscious or inadvertent), fear of hiring a candidate without ample experience, and the reality that sought-after, high-performing diversity candidates are often more expensive than their peers.

“Committing to a thoughtful search process for diversity candidates can be a tough path,” said Diane McIntyre, senior partner. “However, Calibre One works with its clients to develop and implement a holistic hiring strategy to enable diversity searches to move faster, with more economy, and with top candidates.”

This means going beyond simply identifying prospective candidates. It is also important to help companies demonstrate a proven culture of diversity, and expand evaluation criteria outside vertical expertise or educational credentials to include invaluable soft skills such as emotional intelligence and problem solving, said Ms. McIntyre. “More often than not, the cumulative impact of these critical soft skills are more vital for sustainability within the organization than expertise,” she said.

Why Leadership is Key to Making Diversity and Inclusion Plans Work
Committed leadership, from the top down, is the key to companies having effective diversity and inclusion strategies, according to a newly released report by Russell Reynolds Associates.

Corporate risk management refers to all of the methods that a company uses to minimize financial losses. Risk managers, executives, line managers and middle managers, along with all employees, perform practices to prevent loss exposure through internal controls of people and technologies.

Topmost among the potential risks companies face are pay equity and sexual harassment issues. To curb this, companies will need to properly compensate new hires and effectively communicate a company culture that has zero tolerance for harassment.

“Fortune 1000 corporations face a clear imperative: decisively improve internal risk management assets, leadership and performance – or risk suffering at your company’s or shareholders’ peril,” said Jeremy King, founder of Benchmark Executive Search. In many respects, risk management starts at the top of these companies, and the key will be vigorous attention and collaboration between boards of directors and the C-suite. Of particular concern in keeping companies safe is the human element. “With an estimated $94 billion dollars to be spent on cybersecurity in the next decade, it is surprising most corporate investment in security today is directed to hardening networks rather than people,” said Mr. King…. Here’s some further reading from Hunt Scanlon Media

Benchmark Executive Search is directing its energy to Fortune 1000 companies, many finally awakening to how destructive security breaches of all types can be – from physical damage and real costs to reputation loss and customer recovery. Benchmark is now calling for industry to re-evaluate its approach to risk management.

A lack of career development opportunities is the No.1 reason why professionals leave a company. Intellectual challenges will drive leaders as much as compensation will, said Calibre One. Competitive salaries, benefits, stock options and other perks are viewed as automatic givens.

In 2018, hiring companies must keep in mind that executive-level leaders are highly motivated to make a difference in their companies and in their industries. A significant trend Calibre One foresees this year is the need to intellectually challenge company leadership, primarily with purposeful goals.

Executives Split Between Getting Paid More or Being Promoted
While we all might think at times that a job is all about the pay check, a new Korn Ferry survey reveals that nearly half of professionals actually prefer recognition over extra compensation. The report, which surveyed more than 850 professionals, found that 46% would prefer a promotion with …