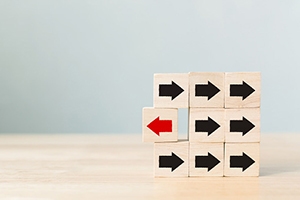 April 20, 2018 – Holden Richardson, an executive search firm based in Winnetka, IL, has helped to place the new president and CEO of Oerlikon Drive Systems, China.

Previously, Mr. Wang was industrial director of two plants for STULZ Air Technology and Services, a manufacturer of industrial and precision HVAC systems with plants in Shanghai and Hangzhou. Before that, he was plant manager for Rolls Royce Marine’s Shanghai plant until the facility closed because of the decline in the marine market. Mr. Wang also worked as production manager for German-based BOMAG, a producer of compaction equipment. In that role, he led the implementation of lean practices on both the factory floor and warehouse operations. Prior to that, he worked for GE’s locomotive operations in China in a project management capacity, the youngest engineer at the time to have such a large scope of responsibility. He also held an operations role in China and a position in GE’s Erie, PA locomotive operations. He started his career as an assistant engineer for Dalian Locomotive.

Mr. Wang attended Dalian Jiaotong University in China, where he earned a degree in mechanical engineering. He later received an MBA through a joint program with the University of Wales and the Management Development Institute of Singapore.

Holden Richardson is a boutique executive recruiting firm focused on building leadership teams in the diversified industrial space, with a strong concentration in automotive, on-and off-highway and specialty equipment OEMs and their tier-one and tier-two supply base. The firm works globally and supports a broad range of clients headquartered both in and outside of the U.S. Its clients include Fortune 500 enterprises, European-headquartered companies and private equity and family-owned businesses. Among them: GM, TI Automotive, A123 Systems, Tempur Sealy, Carlisle, BorgWarner, CDK Global, FCA, SC Johnson, and Sears. Besides the Chicago area, the firm also has an office in Detroit.

President Brad Holden, who founded the firm in 2016 along with executive vice president Alex Richardson, has over 25 years of recruiting experience. He established North Line Partners in 2010 and before that was with Heidrick & Struggles, where he served as global automotive practice leader and as a partner in the global industrial practice from 2004 to 2010.

Mr. Richardson has 20 years of recruiting experience and has served automotive and diversified manufacturing clients for both public and privately-held clients, including original equipment manufacturers, tier one and tier two parts suppliers, engineering service providers, as well as aftermarket manufacturers. He has conducted assignments for chief executive officers, chief operating officers, divisional presidents and functional heads with a concentration in operations, supply chain management, engineering and commercial leadership roles. Mr. Richardson was a partner at North Line Partners for four years and with Korn Ferry for 17 years where he served in the automotive and industrial practice groups.