Menu
View our Events
Stay Connected:
A new report concludes employee confidence remains steady, while trust in company leadership and the likelihood of a promotion is rising. But perceived job security is falling. Here’s the latest. 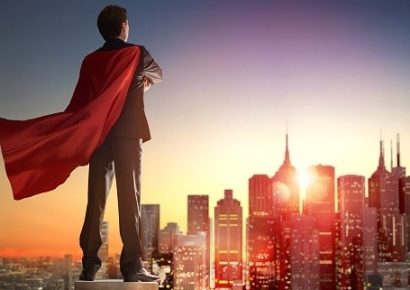 March 14, 2018 – Showing growth for two consecutive quarters, the national Worker Confidence Index climbed 0.7 percentage points for the final quarter of last year, but dropped 1.3 points from a year earlier, according to the newly released study by HRO Today magazine and Yoh Recruitment Process Outsourcing. The index now stands at 103.2.

Of the four components of the index, trust in company leadership rose by 3.2 points, while there was a 2.5 percent decline in confidence related to job security. The decline in the index over the year suggests some concerns in worker confidence, specifically related to trust in company leadership, which experienced a significant drop of 3.6 points since a year earlier, said the report.

Recent volatility in the stock market may contribute to lower worker confidence in 2018, but for now, confidence remains high overall, said the study.

The Key to Growth

“In order to meet the expectations of quality young talent, companies have to place high priority on the employment experience from the start, including the recruiting and onboarding process, all the way through their entire careers with the company,” said Jonathan Grosso, vice president of enterprise solutions for Yoh. “And while adding and retaining younger workers is key to long-term growth, engaging older workers and spreading their institutional knowledge is another issue that demands attention in today’s dynamic talent landscape.”

The Worker Confidence Index, as designed by HRO Today and Yoh, consists of four components that measure U.S. workers’ perceptions about employment security: job stability, likelihood of promotion, likelihood of a raise and trust in their company leadership.

The study is the result of monthly online surveys about worker satisfaction. Those surveyed were 18 years of age and older who are working full-time in the U.S. Quarterly reports are issued based on 3,000 responses per quarter.

The report cited an advance estimate released by the Bureau of Economic Analysis that said U.S. real gross domestic product (GDP) increased at an annual rate of 2.6 percent in the fourth quarter of 2017 – a marginal decline from Q3 2017 (three percent). The increase in real GDP in the fourth quarter reflected positive contributions from personal consumption expenditures (PCE). Given the large share of the GDP that comes from consumer expenditures, minimal declines in GDP growth throughout the year has allowed the PCE levels to sustain and increase from the deficit experienced in the third quarter of 2017, said the study.

CEO Confidence in the Economy at All-Time High
A record-breaking number of CEOs are optimistic about the short term economic environment, according to PwC’s 21st annual survey of CEO sentiment. Fifty-seven percent of business leaders said they believe global economic growth will improve in the next 12 months. That’s almost twice the level of last year (29 percent).

The job security index, meanwhile, stood at 102.3. Although this is a decline from both the third quarter of 2017 and the fourth quarter of 2016, it remains above the baseline of 100, said the report, indicating that workers have been feeling reasonably secure about their positions. Concern about job loss is the most important indicator in estimating worker confidence about current and near-term financial outlook.

Those aged 55 to 64 showed the greatest increase in concern about job loss, with an increase of 5.4 percentage points for the year. That is double the level reported one year earlier. As a high-income segment, this age bracket bears close watching in terms of job confidence over the next quarter, said the study.

In terms of race, whites remained the most confident in their job stability with nine percent expressing concern over job loss – an increase of 3.3 percentage points from the third quarter of 2017, according to the report. Hispanics reported the greatest concern about job loss at 18.4 percent, which was up four points from the third quarter and the highest level of concern in the last two years.

By the end of last year, there were 2.9 million more employed people in the U.S. workforce than at the end of 2016, bringing the total number of those in the workforce to 114.2 million – an increase of 2.6 percent. Male workers increased by 1.1 million, while the number of female workers grew by 1.7 million.

Overall, seasonally adjusted median weekly earnings were $854 in the fourth quarter of 2017, up 1.3 percent since 2016 but down by 1.6 percent since the third quarter of 2017. While many respondents received a raise of over three percent in 2017, fewer said they were optimistic about that happening again this year than there were at the end of 2016.

them as well, said the study. Corresponding to this quarter’s increase in trust is an increase in the belief in the likelihood of a raise of at least three percent. If workers learn of positive earnings and that business success fails to translate into greater compensation for them, workers won’t trust management.