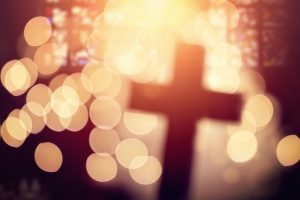 June 15, 2017 – CarterBaldwin Executive Search has placed Larry Griffith as the chief executive officer of Corporate Chaplains of America (CCA). The board’s selection comes after an extensive search that involved reaching out to more than 1,000 potential candidates. The assignment was conducted by CarterBaldwin founding partner Price Harding.

“The search attracted a very large number of interested, qualified candidates from around the country, giving the search committee a difficult decision but then quickly resulting in the board’s unanimous affirmation of Larry’s calling to lead CCA,” said Mr. Harding. “The organization gives client companies an opportunity to meaningfully support employees during some of life’s most challenging moments as well as in the regular course of their work. With a background that was built in large company operational roles, and later tuned in his leadership role at Geneva College, Larry is the perfect choice to lead CCA in caring for even more people and advancing CCA’s important mission in the workplace.”

Mr. Griffith most recently served as the EVP and chief operating officer of Geneva College. Prior to that, he worked his way up the leadership structure at Alltel. Beginning in 1996, he was targeted by management, moving from VP of marketing in their southern market area to VP-general manager of central South Carolina, to area president-southwest operations, to senior VP- national operations support. His last role with Alltel was as area president-south operations responsible for 1,300 employees, 2.6 million customers and the generation of $1.5 billion in annual revenue.

“I have seen the hand of God working though this entire process and cannot wait to see what the Lord holds for us as we move into the future under Larry’s leadership,” said Jeff Hilles, chairman of CCA.

The mission statement of CCA is to build caring relationships with the hope of gaining permission to share the life-changing Good News of Jesus Christ in a non-threatening manner. “Griffith is committed to the ministry and the mission of bringing Christ into the workplace, by permission,” said founder Dr. Mark Cress.

Corporate Chaplains of America is a worldwide, non-denominational Christian chaplaincy organization, founded by Dr. Cress in 1996. Since its founding, CCA has become one of the largest Christian chaplain agency’s serving owners, leadership teams, employees and families coast to coast in the U.S., as well as internationally.

CarterBaldwin leads searches for a wide range of companies, from non-profits to small, unique niche businesses to a $1 billion manufacturer. Mr. Harding has recently been involved in leading searches for presidents at Young Life, Fellowship of Christian Athletes, Marketplace Ministries, National Christian Foundation and The Chick-fil-A WinShape Foundation. He is currently working to find the next president for the In Trust Center for Theological Schools and a CEO for Alliance Defending Freedom.

The Dingman Company is currently seeking a senior pastor for Evangelical Free Fullerton in California. President Bruce Dingman is leading the assignment along with vice president Dr. Richard Kidd. EvFree Fullerton is a multi-generational family following Jesus as disciples, connecting with others as a part of spiritual community, and going into the world as missionaries.

Vanderbloemen Search Group has been selected by First United Methodist Church in Jonesboro, AR to lead its quest to find a new youth minister. The organization is seeking an individual who is “devotional” and has strong leadership skills. Vanderbloemen has carved out a unique recruiting niche helping churches and ministries find mission-driven leaders.