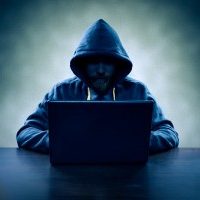 February 8, 2016 – Global spending on cybersecurity by companies and governments is expected to reach $86 billion this year, according to information technology research advisory group Gartner.

There are some 500,000 cyber attacks globally each day — with American companies experiencing billions of dollars in intellectual property theft, much of which goes either unnoticed or unreported. All of this is fueling big business for executive recruiters serving the sector’s talent needs.

One such search firm, Benchmark Executive Search, focused on recruiting senior level cybersecurity and risk management experts, has added five new security and risk specialists to its expanded advisory board.

Joining the firm’s board:

“These leaders have helped protect America’s secrets and mitigate national security threats,” said Jeremy King, president of Benchmark. “They are now using their knowledge and unique insight to help corporate America protect its secrets and mitigate risks. I am humbled to have each of them join our team of advisors.”

Benchmark, based in Reston, VA, with an additional office in Dallas, identifies senior talent (board directors, CXO’s and SVP/GM’s) for companies that are typically VC or PE backed and provides innovative services to the federal and commercial markets.

The firm is now looking to expand its service offerings: In January, Benchmark launched a newly expanded board of directors practice which will now serve Fortune 1000 clients. The firm has also been inducted into Cyber20, an inaugural Hunt Scanlon ranking of the nation’s top executive search firms dedicated to cybersecurity recruiting set to be released next week.

“Having served on Benchmark’s advisory board for over 10 years, I have seen firsthand that they have  earned the respect of their clients and candidates because of a deep understanding of this complex market — and not just joining the conversation, but leading, creating and often initiating thought leadership in areas of cybersecurity and risk,” said Andy Maner, former CFO of Department of Homeland Security.

“Cyberattacks are growing in magnitude, complexity, and frequency, and these massive security lapses have left many companies vulnerable,” said Mr. King. To address this risk, Benchmark is leveraging its knowledge and network of experts in cybersecurity, physical security, insider threat, corporate espionage and risk management to identify next-generation leaders in the space.

The hunt for seasoned cybersecurity talent has seen a dramatic increase in the last two to three years, according to a coming special issue of search industry newsletter ESR devoted to cybersecurity. According to the report, recruiters are finding a lack of qualified candidates just as companies put a greater emphasis and give a higher priority to corporate security.

Mr. Scanlon said that as a result of this shift, demand for cybersecurity experts is exceeding the available supply by a “widening margin.”

A recent study by Burning Glass Technologies agrees: It found that demand for cybersecurity professionals grew 3.5 times faster than the demand for other IT jobs and about 12 times quicker than for all other jobs between 2005 and 2012 — making it one of the country’s most highly sought-after fields.

“This represents a tremendous opportunity for top-flight recruiters specializing in the sector,” said Mr. Scanlon.

A number of industry sectors in particular have proven to be most vulnerable to cyber threats, including: banking, hedge funds, healthcare, insurance, entertainment, utilities, retail, manufacturing, pharmaceuticals and governmental concerns. Companies within all of these sectors have seen their needs for security, data and risk experts intensify.

Korn Ferry Expands Aerospace & Defense Search Practice Competition for Cybersecurity Talent Intensifies Do You Have a Chief Risk Officer Onboard? If Not, You Will Soon…