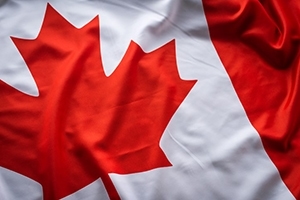 June 20, 2019 – Boyden has expanded in Canada with the opening an office in the province of Saskatchewan. It will be led by Dan Brown, a new Boyden Canada partner.

“Our new office in Saskatchewan and the appointment of Dan supports our strategy in Canada and globally to provide clients with world-class leadership advisory solutions,” said Trina Gordon, president and CEO of Boyden. “Dan brings substantial expertise, enabling Boyden to continue to expand our client advisory services while enhancing our footprint across the globe and specifically within the energy, industrial, agriculture and public sectors in Saskatchewan.”

“The global presence of the region is understated and the time was right to showcase Saskatchewan,” said Kevin Gregor, a partner of Boyden Canada. “Dan brings an impressive track record in C-suite engagements across several sectors, including industrial, business services, non-profit and education. His arrival with Boyden is a big opportunity to grow our presence in Saskatchewan and in Canada while leveraging our global connections.”

Over more than 15 years in executive search, Mr. Brown has built extensive client relationships. He partners with public and private sector clients, primarily boards, owners and C-level decision makers, to source talent and build high-performing executive teams. Previously, Mr. Brown was a principal with Aplin Executive Search. During his search career, he has gained experience with Summit Search Group, Koenig & Associates, and Caldwell.

To date, Boyden has stewarded numerous prestigious appointments in the region, including the University of Saskatchewan’s inaugural Cameco chair in indigenous health and its first vice provost of indigenous engagement. The search firm has also assisted in filling leadership roles within organizations including the Regina Airport Authority, the Regina Exhibition Association Limited, Saskatchewan Blue Cross, and most recently, the Provincial Capital Commission.

“I’m looking forward to working with Boyden’s highly collaborative and talented partners,” said Mr. Brown. “I was attracted by Boyden’s business model, which combines a robust offering and client-centric service to support client organizations at every stage of growth.”

In a series of key leadership decisions, Boyden will largely be staying the course as it looks to continue its growth moving forward. Jörg Kasten has been re-elected to a third term as chairman and Trina Gordon won another term as president CEO, through 2021, the firm said. Three new members, meanwhile, are joining Boyden’s global board. Ms. Gordon has been in her role since 2011.

Boyden also recently named Victor Escandón as its new chief financial officer. He replaces Lydia Reitana, who held the role since 2012. Mr. Escandón is responsible for all of the firm’s strategic financial activities and initiatives. He will report directly to Trina Gordon, Boyden’s president and CEO.

Boyden named Francesca d’Arcangeli, a managing partner of Boyden U.K., as its new global industrial practice leader. Ms. d’Arcangeli has 25 years of leadership experience, including 15 years in consulting and nearly a decade in executive search across Europe and the Middle East.