Menu
View our Events
Stay Connected:
After the two top finalists bow out, the prestigious non-profit enlists Koya to find its next president and CEO. 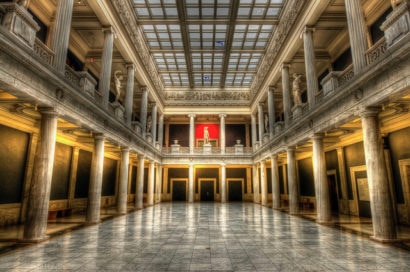 June 19, 2019 – Carnegie Museums of Pittsburgh has enlisted Alison P. Ranney and Alexandra N. Corvin of Koya Leadership Partners to assist in its search for a new president and chief executive officer. The organization initially retained Boyden for the assignment. Both finalist candidates, however, reportedly rejected the job, citing concerns with salary and museum governance.

Boston-based Koya is tasked with finding a CEO who will position Carnegie Museums as a leader in the cultural and civic landscape. The individual will be expected to lead the organization to develop and achieve its long-term vision in collaboration with the board of trustees and with the counsel of the museum advisory boards.

“This is a significant opportunity to lead one of the most important cultural institutions in our country,” said Ms. Ranney. “The board’s thoughtful process to evaluate and refine the role has set the table for this leader’s success. The possibilities are enormous to shape the conversations about art, science and the natural world in Pittsburgh and beyond.”

William E. Hunt, head of real estate company Elmhurst Group, who has chaired the non-profit’s board since 2014, told the Pittsburgh Post-Gazette that the organization was disappointed in the results of the initial search. “Some may be inclined to present this as a failure, but I don’t share that sentiment,” he said. “So far, our search, which began last September, has produced two top candidates, both of whom are successful senior leaders who had not been looking for new opportunities at the time they were recruited by our search firm.”

Unfortunately, he said, neither of the candidates proved to be the right match, although each had expressed enthusiasm for the position and the salary package. “We’re disappointed but in no way discouraged. This is all part of the life cycle of a search: You field candidates and determine if there’s a match. In this case, there wasn’t. But we were really pleased with the response to the position and the quality of the candidates,” he said.

“This mid-search change of lanes isn’t entirely unusual,” Mr. Hunt wrote in an email sent to trustees in May. “Most executive search firms have their own unique networks that they tap for leads, so it’s often to a client’s benefit to work with more than one firm during the life cycle of a search.”

Koya Leadership Partners is charged with finding a strategic, energetic and influential leader who is able to develop and articulate a vision for the next chapter of a complex, iconic institution. “The ideal candidate can successfully leverage the skills and talents of a board of trustees, advisory boards, staff and other constituents to articulate a plan and lead a plan’s implementation and evaluation,” the firm said. “This leader will recognize the uniqueness of Carnegie’s position in Pittsburgh and the broader cultural landscape nationally and globally, proactively seeking out opportunities to increase its reputation and impact. The president and CEO will also be a prominent and active participant in the culture and life of the greater community.”

As one of the most visible and prominent non-profit leaders in the region, the right candidate will bring a proven record of engagement to the role and be a natural “ambassador,” said Koya. The leader will be expected to have an inspirational approach to building a culture of collaboration and buy-in and generating support from a variety of stakeholders. As the lead spokesperson and chief fundraiser for Carnegie Museums of Pittsburgh, the CEO should inspire trust and confidence and excel at developing strategies to amplify the brand and reputation in the field.

“Leaders with experience leading complex entities who are excited by the opportunity to set the strategy and serve as an ambassador for an iconic institution will be particularly compelling,” Ms. Ranney said. “We are interested in candidates from higher education, business or other major non-profit or cultural institutions.”

Since its founding in 1895, Carnegie Museums of Pittsburgh has grown far beyond founder Andrew Carnegie’s expectations. It operates an art and natural history museum, the Carnegie Science Center and its satellite Highmark SportsWorks, The Andy Warhol Museum and the 2,200-acre Powder Mill Nature Reserve in Westmoreland County. The museum consortium has an annual budget of $55 million and more than 1,000 employees. In 2018, Carnegie Museums of Pittsburgh had record admissions of 1.08 million visitors and saw an eight percent growth in membership at a time when most cultural organizations’ memberships were declining.

Koya Leadership Partners is an executive search and strategic advising firm dedicated to connecting talent with mission-driven clients. The firm partners with non-profits and NGOs, institutions of higher education, responsible businesses, and social enterprises in local communities and around the world. It was recently acquired by Diversified Search of Philadelphia.

With the combination of revenues and resources, Diversified Search and Koya will represent one of the largest non-profit and higher education practices in the executive search industry. The merger will also create one of the largest executive search firms in the U.S. marketplace, with combined projected annual revenue in excess of $80 million. According to Hunt Scanlon Media, Diversified checked in as the 11th largest search firm in the Americas, posting revenues of $60.1 million, a 16.2 percent increase from the year before. Meanwhile, Koya ranked 28th with revenues of $14.2 million, up 35 percent.

Ms. Corvin serves as an executive search principal at the firm. She specializes in recruiting senior executives to mission-driven client organizations. A founding member of Koya’s Chicago office, she later returned to her hometown of San Francisco and is a key member of Koya on the West Coast.

Ms. Corvin joined Koya from Russell Reynolds Associates, where she helped build the firm’s non-profit and education search practice in the Midwest and worked with leading non-profits across the country and around the world. She has helped recruit CEOs, presidents, executive directors, CFOs and vice presidents for a wide range of mission-driven organizations. She has expertise working with foundations, cultural institutions, professional organizations and other nonprofits as well as colleges and universities.