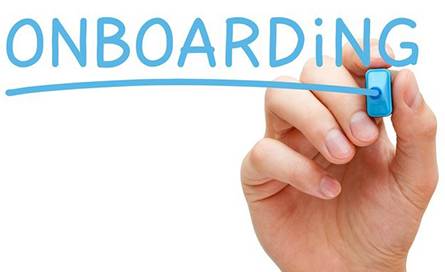 November 20, 2017 – The failure of a new leader can cost an organization dearly – most estimates put the price at more than double the executive’s compensation.

Add in an estimated new leader failure rate of close to 50 percent and it’s easy to see the inherent difficulty of leadership transitions.

Even with a stellar selection process, the transition is all about change, and it requires active learning and integration, according to a new report authored by Mary Morand, talent advisory practice lead at Gilman Partners.

Navigating a new company’s culture is invigorating and sometimes exhausting. “The bigger the stakes, the more critical it is to build a transition plan enabling a leader to explore and experiment in the early weeks and months of a new role,” said Ms. Morand. “Although the time it takes to fully transition depends on the individual and organization, an executive onboarding process dramatically improves the path to leadership effectiveness.”

Executive onboarding is a facilitated process that guides leaders through the changes and learning curves inherent in a new role, she said. It helps them process experiences and significantly increase their leadership awareness.

1. Align goals and objectives: A new leader must clearly understand the results that are needed in the short-term. Goals and objectives should be outlined and conversations should include some of the challenges a leader may face. “The executive onboarding coach facilitates a meaningful discussion about what success looks like in the role,” said Ms. Morand.

Weight Watchers Seeks VP Talent & Org Development.
Weight Watchers is transforming itself by leveraging technology and leading the way in the health and wellness arena with a new emphasis on analytics, mobility and digital solutions. They’re seeking people to join during this transformation. This is a rare opportunity to help change the approach of the organization. Apply Now!

2. Execute a great communication plan: The flow of information in a leadership transition is critical and the stakeholders are many: boss, team, peers, customers, suppliers, and others. Establishing solid communication protocols keeps information flowing and people aligned, said Ms. Morand.

4. Assess team talent: Structuring key experiences and conversations with team members helps a leader know both the stronger players and the bench potential. “Historical successes and current projects are important, but preparing the right people for the work ahead is a consistent focus on engagement, development and performance,” Ms. Morand said.

Why Onboarding Is Key to a Successful Recruiting Strategy
Effective onboarding can make or break an executive’s success in a new role, yet less than a third of organizations actively support their executives to adapt to the cultural and political climate – which rank as the top reasons new leaders fail.

5. Adapt to the organization’s culture: What is the organizational pace? How do things get done around here? It takes some time to understand the office norms: Is it an “ask for forgiveness” culture? Are decisions made by process or the defined organizational hierarchy or somewhere in the space between those boxes?

“A new role and a new company challenge every leader to think differently and rise to his or her next level of leadership,” said Ms. Morand. “Executive onboarding gives leaders a pathway and guides them through the learning by listening, challenging and encouraging. As the leader’s experiences grow, the small wins lead to consistent and bigger wins, which create trust and confidence in and for the leader.”

Ms. Morand helps companies create a competitive advantage by connecting business priorities with people strategies. She collaborates with leaders to attract, engage, develop and retain a workforce that delivers for the customer. In her work, she leverages 30 years of corporate leadership experience that includes talent assessment, high potential development, succession planning, team and organizational alignment and engagement.

Gilman Partners is not alone in offering sage advice in the early stages of an onboarding process. In fact, what was once considered a backwater task for executive recruiters has been bundled into a comprehensive service offerings platform – and for most search firms it is now part and parcel of every executive search assignment.

Based on its market offerings, Egon Zehnder recently released a report that identified five major tasks that leaders must undertake in their first few critical months on the new job. These are the areas, said the search firm, which call for the greatest integration support:

Even with the best possible exchange of information during the recruiting process, any leader in a new role (especially an outsider) will have an incomplete picture of the business – its strengths, weaknesses, opportunities and threats. A new leader builds his or her credibility by demonstrating awareness of important operational issues, swiftly solving urgent problems and identifying and achieving quick wins. Good early decisions on the ground have a material impact on the individual’s reputation as an effective leader.

2) Taking Charge of the Team

New leaders naturally focus on their direct reports at the outset. They know they must quickly confirm or adjust the team’s composition and goals. It is often easier to decide toward the beginning whether or not to retain people, because the team’s makeup is not then seen as the new leader’s choice.

But this window soon closes, and focus and discipline are required to efficiently gather information for smart decisions. It’s helpful to allow a new leader to take a fresh look at the talent without coloring his or her view in advance. And it’s equally valuable to share insights about individual team members’ performance and development. Striking the right balance requires careful planning and coordination with HR and, typically, one or more facilitated sessions between the executive and the team during the first few weeks.

Seeing less than desirable performance from your new employees or your department?
According to a recent CareerBuilder survey, over a third of employers (36 percent) lack a structured onboarding process, and a significant number are reporting costly consequences.

The goal is to create a safe environment for both to give timely, constructive feedback and to ask potentially awkward questions when relationships are just beginning to form. In this way any misperceptions about the leader’s words, actions or initial decisions can be identified and clarified before mistrust or doubt about his or her values or capabilities takes hold. Building trust early enables the new leader to make key decisions with confidence that people will follow through.

New leaders must also gain the support of those they have no direct authority over, including their bosses, peers and other colleagues. Because they arrive with little or no relationship capital, they have to invest energy in building connections, and clearly signal that they know it’s a priority.

After identifying the most important stakeholders outside their teams, they must take time to understand their colleagues’ expectations and develop a plan for how and when to connect with people. That means learning how decision-making works in the organization, who has influence over it and where the centers of power reside.

4) Engaging With the Culture

It’s also critical to get up to speed on the values, norms and guiding assumptions that define acceptable behavior in a new organization. Missing cues early on can negatively affect how others perceive a new leader’s intentions and capabilities. The executive must also walk a fine line between working within the culture and seeking to change it.

Finally, the new leader must start to shape strategy. Sometimes executives are hired for their expertise in a particular approach; other times they are chosen for their ability to develop and implement an entirely new strategy. If a new strategy is required, corresponding elements of the organization — its structure and its talent management and performance measurement processes — must be transformed to execute it. Either way, the new leader must be clear about the path ahead.

Taken together, these five transition tasks present a daunting challenge. Missteps in any area can lead to serious problems or even derailment. Effective integration is much more likely when leaders understand — before they start in their new roles — how much progress they’ll need to demonstrate in each area during the first few months. That way they can prioritize their time effectively.