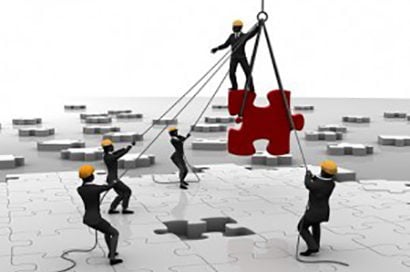 June 20, 2019 – About five years before the chief executive officer of a major European insurance company planned to retire, the board began considering potential candidates to fill his role. Eight internal executives rose to the top, and subsequently went through in-depth assessments of their strengths, weaknesses and psychometric profiles. A year before the end of this process, only two executives remained in the running.

The two had similar profiles, with a few key differences. The more experienced candidate had been a top choice for years; he knew the company history inside out and would have had no trouble executing on the strategy as it then stood. The less experienced candidate checked fewer boxes but showed much greater psychological potential to broaden his leadership mindset and adapt to the competitive landscape the company would face in the future.

If the board had to make its decision immediately following these assessments, it would have almost certainly chosen the more experienced candidate. With time on his side, however, the sitting CEO chose to help the less-experienced, more innovative candidate close his experience gap by putting him in charge of the company’s most challenging business line and coaching him to success. By teaching and training next-generation talent, the incumbent CEO was able to increase the number of viable options for the board to consider as a replacement. Ultimately, the less-experienced executive flourished in his new role and was appointed CEO by the board.

Many boards replace their CEOs. But only a small fraction of those boards create and follow a rigorous CEO succession plan as the above insurance company did, says a newly released report by Russell Reynolds Associates. Attention to CEO succession planning was a critical differentiator between top-performing boards and average ones – but even among the best boards, less than 30 percent considered it a primary focus area, according to the search firm’s 2019 Global Board Culture and Director Behaviors Survey, authored by Dean T. Stamoulis and Marc de Leyritz.

Dean Stamoulis provides guidance to boards on CEO selection and succession, the development of CEO candidates and board and C-suite people related dynamics. He also leads the Russell Reynolds Associates’ center for leadership insight which focuses on sharing fresh observations and solutions about C-suite leadership challenges and opportunities. He is based in Atlanta.

There is a significant difference between replacing a CEO and a robust CEO succession planning process, said Russell Reynolds Associates. “A CEO replacement is a one-time transaction: One CEO leaves, a new CEO is installed,” said the study. “CEO succession planning, on the other hand, is a long-term strategy. It involves forward thinking, competitive analysis and the ongoing grooming of multiple candidates to fill the role when the time comes.”

“It means a broader assessment of candidates that goes beyond past experience to include leadership potential, learning quotients, and the ability to address emerging stakeholder concerns, such as social purpose,” said the report.

In short, CEO replacement is about choosing among currently-available options; CEO succession is about creating new options for both the present and the future. “The idea is that if you start three to four years ahead of a transition, you have time to affect the outcome,” said Mr. de Leyritz. “If you’re starting six months before the CEO leaves, you’re stuck with the obvious choice.” Eighty percent of them resulted in internal, sometimes surprising, promotions.

According to Russell Reynolds, the two key actions that set thoughtful CEO succession plans apart from unplanned CEO replacements are: 1) Starting early – ideally years ahead of an expected transition. And 2) Investing in talent development to provide multiple options in a dynamic and evolving marketplace.

Leadership transitions are inherently risky. Past Russell Reynolds research has found that 13 percent of new S&P 500 CEOs leave within three years. “Following this model of succession planning helps companies significantly reduce risk around CEO transitions,” said the report. “Starting early leaves time for the board to deliberate about the company’s future strategy and what type of leader it will require, rather than defaulting to the status quo. It allows the board to thoroughly assess external candidates as a benchmark for promising internal candidates, expanding the set of options even wider.”

Marc de Leyritz is a member of Russell Reynolds Associates’ global board and CEO practice. He is a veteran in executive search and has an extensive background advising global leaders on CEO search and succession, leadership development, organizational transformation and board effectiveness. He is based in Paris.

“It also allows for a broader and more diverse set of stakeholders to offer input to the board, which creates buy-in at all levels while incorporating additional valuable data into the process,” said the report. “Finally, it allows for a thoughtful transition process from one CEO to the next, with appropriate communications to employees, shareholders, and other key stakeholders.”

Why do so few companies tackle succession planning? “As governance experts have aptly noted, it is similar to funeral planning: inevitable, but rarely urgent – until it is too late,” said Russell Reynolds. “As a result, most boards put it off for as long as possible, then scramble when a succession becomes imminent.”

Russell Reynolds offered some of the leading reasons boards delay taking specific actions on succession planning, and how they can move beyond them:

1. Board members are not aligned on the future direction of the organization.

Choosing the CEO of the future means having a shared concept of what that future looks like. If board members only talk in generalities – or hold conflicting views – about long-term strategy, discussions around the ideal leader are not likely to be productive.

2. Board members aren’t always clear about their specific responsibilities in driving the succession process.

Many organizations are unsure of who does what in the CEO succession processes, or when and how to start. When it is not seen as an urgent business need, no one does anything.

3. The board is tip-toeing.

Board members do not want to inadvertently convey a lack of confidence in the incumbent CEO. This stems from a desire to avoid conflict with the CEO, as well as the need to manage outsiders’ perceptions.

This fear cuts a number of ways. “For one, those who are designated internal CEO candidates may become overly competitive with each other, to the detriment of the business,” said the report. “Even without in-fighting, moving CEO candidates around to give them exposure to the whole business could be disruptive. Then there’s the worry that those who don’t get the nod are likely to lose motivation and leave the organization.”

The CEO’s Important Role in Succession Planning
The CEO’s role is straightforward: driving management succession at senior levels, including the early identification of any inside CEO contenders, ensuring that the organization is developing succession-ready executives for all senior roles.

The CEO (or another controlling shareholder) has a clear successor in mind and prefers a closed-door process with limited input.

The good news, said Russell Reynolds Associates, is that boards can mitigate all of these factors by making CEO succession planning a positive experience. “A key step is to reposition it as a deliberate investment in the future success of the organization, where the investment is in developing great leaders,” said the report. “It’s more than just a semantic shift: It flips the question from ‘Who is going to win the contest to be CEO?’ to ‘What can we do to maximize the potential of the next generation?’ as well as ‘How can we limit the risk inherent in any CEO transition?’”

When companies effectively develop multiple potential CEO candidates, they maximize the chances of retaining those who do not end up in the CEO role, said the study. The goal is for all candidates to feel invested in, to clearly understand why they may not fit into the CEO role at the time, and how they can use their development experience to amplify their impact in other roles.

“As part of the CEO succession process, current leaders would also do well to consider broadening their idea of what leadership development entails,” said Russell Reynolds. “Many think of it as giving candidates exposure to certain roles or experiences that prepare them to lead the entire organization. Yet each CEO succession candidate also brings a set of unique ‘below the surface’ factors such as psychology, maturity, motivations, and values that can be explored and coached as part of the development process. Not surprisingly, these intangibles are often what matter most to a candidate’s success.”

In world-class organizations, this holistic concept of leadership development becomes part of the fabric of the company for all roles, said the report. It is standard operating procedure to expose promising executives to different areas of the company, so that they are well-informed about the various facets of the business, and to assess and coach them on the intangibles. Leadership development may also involve benchmarking those candidates against other, external candidates, so that the company gets a sense of the broader talent market.

“The benefit of this approach is that the company ends up with a variety of qualified candidates who could assume the top role when the time comes,” said Russell Reynolds Associates. “The board ultimately has the luxury of choosing which candidate best fits the role at the time of the transition, and ideally, can count on highly competent runners-up to help move the entire organization forward.”