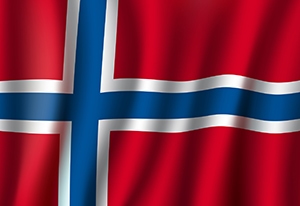 November 17, 2017 – Global recruiting consortiums continue to take advantage of a resurgence in certain geographic areas. Among them, Agilium Worldwide Norway AS has recently been established in Drammen, Norway. Jon Steen has joined the group and will serve as managing partner of the new location.

Mr. Steen was previously owner and partner at CR Group AS, a consulting company focused on assisting top management in the areas of search and selection, development of human resources and change management. Before that, he was CEO of Mirror Accounting SA. He also served stints as managing director of Manpower Business Solutions and country manager at Mercer Human Resource Consulting.

Mr. Steen is joined by partner John Endsjø and advisor Jørn Helle. Mr. Endsjø has 25 years of experience in the executive search field. He has been a partner at Habberstad for the past eight years. Mr. Helle joined CR Group in May after serving as a VP at Protan.

“Contemporary society is rapidly becoming more globalized every day,” said Mr. Steen, founder of Agilium Worldwide Norway. “Companies are no longer bound by geographical borders in the same way as they were before. Agilium Worldwide is a collaboration that enables us to recruit for international employers in a highly competent way. Not only for Norwegian companies wishing to recruit abroad, but also for international companies in search of Norwegian expertise and competence.”

Today, Norway is the second wealthiest country in the world in monetary value, with the largest capital reserve per capita of any nation. The Norwegian economy is a mixed economy, a prosperous capitalist welfare state and social democracy country featuring a combination of free market activity and large state ownership in certain key sectors.

It has large ownership positions in key industrial sectors, such as the strategic petroleum (Statoil), hydroelectric energy production (Statkraft), aluminum production (Norsk Hydro), the largest Norwegian bank (DNB), and telecommunication provider (Telenor). Through these companies the government controls approximately 30 percent of the stock values at the Oslo Stock Exchange.

With that said, much activity among executive search firms has occurred in Norway in recent months. Here is a sampling from the Hunt Scanlon Media archives:

Alexander Hughes names head of the Nordic region
In 20 years of working in search, Evan Tolstoj Hansen’s work has largely revolved around cleantech, mechanical engineering, electronics and construction industries, the automotive and transportation industries, as well as within environment.

AIMS added Norway-headquartered search firm RUUD Executive
The firm is led by managing partner Tor-Egil Ruud, who has over 17 years of experience in recruitment, executive search, and leadership services from several national and international market-leading companies.

Norwegian search firm Delphi Consulting AS joins Amrop’s global partnership
The inclusion adds a presence for Amrop in Norway, and strengthens its capabilities across the Nordics region. The organization currently has 75 offices in 53 countries throughout Asia, EMEA, and the Americas. 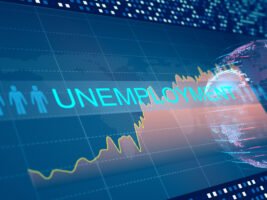