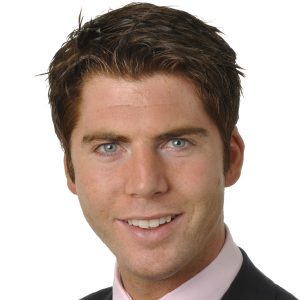 July 22, 2016 – There has been a lot of discussion in the media recently about the expanding role of the CHRO, not all of it complementary. So I decided to seek an objective view from Mark Oppenheimer (pictured), chief commercial & innovation officer at leadership advisory and executive search firm Marlin Hawk.

Based in New York, Mark engages with CHROs in all sectors across the entire country. He offers a new brand of executive search in which strategic talent management and market intelligence come before recruitment. The reason he is well-received with clients, he told me recently, is not because he is an Englishman in New York – as that novelty can wear off soon enough on this side of the pond. It is, rather, that CHROs want to ‘up the ante’ and have more in-depth dialogue with their search partners about the wider context surrounding search.

When Mark and I first sat down a year ago for an interview (‘Mark Oppenheimer Explores the Evolving Relationship Between CHROs and Executive Recruiters’), he described the enormous challenges CHROs face today. In many respects, his views haven’t radically changed: CHROs remain disenchanted with some of the outdated practices of their executive search partners. As he said then: “The business world is changing fast, but the business of recruiting leaders is lagging.”

But a year on, Mark asserts that he has witnessed a change – for the better. And, as you will read below, the caliber of today’s CHRO and the pivotal role they perform should not be underestimated.

Mark, hasn’t the CHRO always been a key role, by virtue of the fact that people are a company’s greatest asset?

We’ve all heard that statement of fact, yes. But, as with other over-quoted sayings, the meaning no longer resonates. Yet never before has it been so true. In the words of media magnateRupert Murdoch, “The world is changing very fast. Big will not beat small any more. It will be the fast beating the slow.” In a business world where transformation is the name of the game, the CHRO is taking on the mantle of arch strategist, deploying sophisticated talent management principles and practice to drive business success.

So what has changed with the CHRO in terms of perception and status?

Historically, the CHRO has often been accused of lacking strategic input at the board level and has struggled to have a seat at the top table in the inner circle. Now, rather than being absorbed into the finance function as some have suggested, the role has stood its ground and flourished. Traditionally, the CFO has been the CEO’s right hand man at the helm of the company. Now, savvy CEOs are flanked by the CFO and the CHRO, whose contribution in creating value and managing change through talent is seen as a decisive factor in shaping the future. Both roles manage a company’s assets, and I would argue that both roles have equally significant power in and of themselves.

What has brought about this metamorphosis?

The difference between the HR and finance functions is less stark than first meets the eye. Both functions have a helicopter view of the business – cross function and cross geography – while also having feet on the ground via direct or dotted line reports within most business units. While finance and accounting executives are naturally analytical and cultivate an unwavering return-on-investment focus, human resource executives put more emphasis on empathy, psychology, creativity and intuition. But HR is not 100 percent ethereal and it is by applying more rigor to the scientific element that the CHRO has gone up in the CEO’s estimation. Let’s face it, Scott, our recruiting business today is as much about science and predictability as it is about the human function. This is a massive shift occurring right before our eyes and anyone not taking notice is either blind or has their head stuck in the sand!

Can you expand on that theory, Mark – drawing a parallel between HR and finance?

To my mind, there are five core disciplines that the CHRO has borrowed from the CFO: forecasting, risk management, modelling, auditing & analysis and building equity. If we start with forecasting, understanding the business strategy and its alignment with talent requirements is key. Today’s CHROs have a real understanding of the dynamics of the market in which they operate, the competitive environment and the likely impact of technological advances. They are able to interpret future trends into talent strategy, putting short, medium and long term plans in place that directly relate to the achievement of stated corporate objectives. Understanding where the business is heading naturally leads to future proofing and risk management. CHROs not only have clear succession plans in place, but are now mitigating the risk of critical skill gaps by investing in pipelining activities to source and prep alternative talent. Flight or poaching risk is increasingly counteracted by retention strategies, including the development of reward structures designed to tie in key management.

What about modelling and audit & analysis: How do those disciplines relate to HR?

Defining and shaping organizational models to support business goals has become an integral part of the CHRO’s remit. This demands an insight into peer group companies and a top to bottom re-evaluation of the best construct, systems and processes for extracting the maximum performance from people. As with financial modelling, CHROs even do scenario planning to ensure the best chance of sustaining leadership capability. Auditing is done in a number of ways. CHROs continuously assess the strengths and weaknesses of management, identify where real value is being created and focus resources on building expertise that is critical to ongoing success. They benchmark existing employees against external counterparts and offer coaching to upskill where needed, conduct regular appraisals and introduce KPIs relating to human capital productivity and value creation.

Just as financiers focus on shareholder value, CHROs build equity in the form of the employer brand. Employee engagement has been on their agenda for years but CHROs are now more sophisticated in shaping culture, gauging external perceptions of the employer brand and developing it to appeal to the type of candidate they want to attract. This is increasingly seen as vital in appealing to the new generation of Millennial talent and top CHROs are putting the building blocks in place now, knowing that Millennials will comprise an estimated 75 percent of the workforce by 2025.

Why don’t you share some final thoughts on the newfound status of the CHRO.

A quote from casino king Steve Wynn neatly sums up the fact that the one thing you can’t gamble with is people: “Human resources isn’t a thing we do. It’s the thing that runs our business.” CEOs have always been aware of the importance of human capital, but it is only recently that the CHRO has been elevated to the status of true strategic partner, on a par with the CFO. Today’s smart CHRO has come of age and could well be the CEO’s greatest asset.