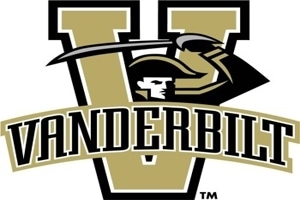 The hiring comes after an extensive national search. “The future is bright for the men’s basketball team with such an accomplished individual at the helm,” said athletics director Malcolm Turner. “Jerry brings a unique mix of experience as a legendary player and successful coach, and I fully expect he’ll take the program to new heights. I’ve spoken with people inside and outside both college and professional basketball, and there is unanimous agreement that Jerry’s competitiveness, grit and tireless focus on player development are a perfect fit to advance the ‘Vanderbilt Way’ in college athletics.”

“Jerry Stackhouse‘s storied career speaks for itself — he embodies Vanderbilt’s commitment to excellence, on and off the court,” said chancellor Nicholas S. Zeppos. “Jerry is a true competitor who will carry on Vanderbilt’s legacy of comprehensively developing student-athletes to excel in everything they do — on the court, in the classroom and in their lives. I am thrilled to welcome him to Vanderbilt.”

After playing for legendary head coach Dean Smith and earning Sports Illustrated Player of the Year, All-America first team and All-ACC honors at North Carolina, Mr. Stackhouse was selected by the Philadelphia 76ers with the third overall pick in the 1995 NBA Draft. A two-time All-Star with the Detroit Pistons (2000, 2001), Mr. Stackhouse appeared in 970 games for eight teams during his 18-year NBA career.

Turnkey Search Lands Head Basketball Coach for University of Nebraska
Turnkey Search placed Fred Hoiberg as the new head coach for the men’s basketball program at the University of Nebraska. He replaces Tim Miles, who was let go after leading the Cornhuskers to a 19-17 record this past season. The appointment of Mr. Hoiberg follows a comprehensive national search led by Turnkey managing director Gene DeFilippo.

“I am extremely excited to join the Vanderbilt family and build on the incredible accomplishments of its athletics program and men’s basketball program,” said Mr. Stackhouse. “I look forward to furthering Vanderbilt’s unique approach to athletics — blending a powerhouse competitive spirit with elite academics to holistically develop talented student-athletes and celebrate victories on and off the court.”

“I set out to find a thought leader with the skill-set and vision to manage the next stage of transformation for Vanderbilt athletics, and that’s exactly what we found in Malcolm Turner,” said Mr. Zeppos. “Malcolm is a proven executive with deep expertise in multiple business disciplines including management, marketing and development across the sports landscape of teams, leagues, facilities and major events.”

Mr. Hughes is renowned for identifying, assessing and developing leaders for sports organizations. His relationships within sports and intercollegiate athletics are extensive, having spent 20 years coaching in professional and intercollegiate football and working for five Hall of Fame coaches. Jason Belzer of Forbes has called Mr. Hughes the most valuable connector of the sports industry. Mr. Bowlsby is also experienced in managing high-profile executive transitions at the collegiate level, joining Korn Ferry’s global sports practice in 2015.

Earlier this year, Korn Ferry launched a search for a new commissioner for the Big Ten Conference. Jim Delany, who has held the commissioner role for 30 years, will step down when his contract expires at the end of June 2020. The search will be led by Mr. Hughes.