Menu
View our Events
Stay Connected:
With the rate of progress for board diversity decelerating, and with nearly three quarters of all new appointments still going to men, a new report says that fully balanced boards will never be achieved without a significant increase in the hiring of female directors. Let’s go inside the latest findings with Egon Zehnder. 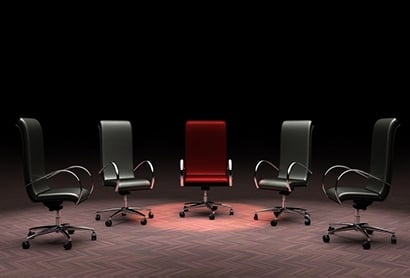 February 14, 2019 – Boards of directors may very well be the most influential decision makers in business. They choose the CEO and review and assess much of the top talent for their organization. They help determine vision and strategy. They deal with legal and technological challenges, financial regulation and reputation issues — all critical items that can impact a company’s ultimate success or failure.

Many boards’ own lack of diversity, however, means that they are missing the perspectives of key stakeholders, including their own organization’s emerging leaders and the consumers of their products and services. Over the past two decades, there has been an active effort to place more women and others with diverse backgrounds onto boards — a push driven by some vocal business leaders, governments and, increasingly, shareholders, some of whom are now trying to force change through activism.

Egon Zehnder has tracked gender and international diversity on boards around the world for the past 14 years. The firm recently released its ‘Global Board Diversity Tracker’ study, which found the accelerating growth seen in female directors in Western Europe to be levelling off while growth elsewhere remains sluggish. At the current pace, the firm said, boards may never be reach gender parity.

The research, examining data from 1,610 public companies with market caps above €7 billion in 44 different countries, showed that despite the slow improvement in the number of women on boards, nearly three quarters of all new board positions worldwide still go to men.

“We need diversity, but it’s simply not happening fast enough,” said Jill Ader, chairwoman of Egon Zehnder. “New voices and perspectives are essential to unlock the transformational capabilities that businesses tell us they need. Companies — starting from the very top — have to recognize the impact that a critical mass of women on the board and the executive committee makes and take the steps needed to bring that about.”

The biennial study finds that both female and international representation on boards has improved significantly since Egon Zehnder started tracking board diversity in 2004. But for boardrooms to truly reflect society, the firm said, a new approach is needed.

In 2018, 84.9 percent of large company boards across 44 countries included at least one woman among their directors. Overall, 20.4 percent of all directors in the countries studied were women — up from 13.6 percent six years ago. In Western Europe, board positions held by women have risen from 15.6 percent to 29 percent over the same time period.

On the international diversity front, 72 percent of the companies surveyed had at least one non-national board member. In 19 of the 44 countries studied, all of the large cap companies have at least one female director. This “One on Board Club,” up from 15 countries in 2016 and just eight in 2012, includes nine countries that have instituted a quota, a law requiring that companies reach a certain percentage of women on boards by a specified date.

Women Board Director Appointments Reach Record High
In a significant shift from a year earlier, women have made substantial progress in the boardroom, according to Heidrick & Struggles‘ 2018 Board Monitor Report. The report found that women accounted for 38 percent of incoming board directors at Fortune 500 companies, a substantial rise from the previous year’s 28 percent.

Egon Zehnder called on businesses to apply the “magic of three” rule. Appointing one woman to the board is not sufficient, the firm said. To reap the benefits of gender diversity, “at least three women are needed to change the way the board is run and the way women are able to share their insights,” the study said.

The importance of making diversity part of a company’s strategy was underlined by the business leaders Egon Zehnder spoke to as part of the study. Paul Polman, CEO of Unilever, said: “I would have a hard time even understanding how you can be successful as a business if you cannot mirror the society that you serve in the first place” and that driving diversity “really has to be done with conviction by the CEO of that company.”

The number of women on boards continues to increase, said Egon Zehnder, but is losing momentum:

While there has been significant progress in recent years, many companies are far from having three female directors:

Global Boards Step Up Efforts to Broaden Roles for Women
Australian cabinet minister for women, Michaelia Cash, has called for a stunning new target of 50 percent for female representation across all of her country’s government boards. The current gender diversity target stands at 40 percent.

Beyond representation in the boardroom, the number of female executives and especially CEOs remains stubbornly low:

Companies have come to realize that in this time of dramatic technological change, the “traditional” perspective on governance is no longer sufficient, Ms. Ader said. “New voices are needed — and many of those are women,” she said.

Ashley Summerfield, managing partner of the U.K. board practice at Egon Zehnder, said that “at every stage — briefing, long lists, interviewing, selection — the nomination committee should repeatedly ask itself, ‘Could this individual — because of gender, ethnicity, career experience, thinking style — bring us valuable, fresh angles that may take us out of our comfort zone but be a service to stakeholders in the long run?’”

The approach of business must change, Egon Zehnder said, if business is make real progress on gender diversity. The firm offered this advice: