Menu
View our Events
Stay Connected:
S&P 500 boards have appointed their highest number of new independent directors in 14 years, according to a newly released report by Spencer Stuart. Top-tier job or board experience, meanwhile, is becoming less essential to landing a board role. Let’s look at the latest findings. 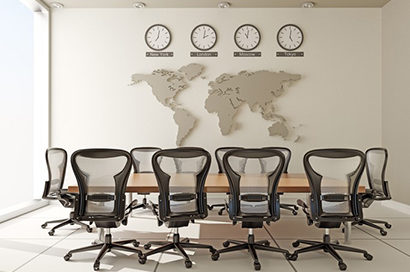 S&P 500 boards appointed 428 new independent directors in the 2018 proxy year, up eight percent from last year, and increasingly they are casting a wider and deeper net to identify talent, according to a new study by Spencer Stuart. This marks the highest number of independent directors recruited to boards since 2004. Low boardroom turnover, however, persists.

“The best boards consider board composition a strategic asset and view boardroom succession planning as an ongoing imperative,” said Julie Hembrock Daum, leader of Spencer Stuart’s North American board practice. “They are determining the boardroom competencies that best match the forward-looking corporate strategies and refreshing the boardroom by adding directors with different perspectives and skills in emerging areas.”

Julie Hembrock Daum, who leads the North American board practice, highlights key findings from the 2018 U.S. Spencer Stuart Board Index. She discusses how the composition of U.S. boards is evolving, including the director backgrounds boards are prioritizing and trends in diversity and board refreshment. Watch now!

Experience as a CEO or top executive is no longer a must-have credential. Only 35.5 percent of the new S&P 500 directors are active or retired CEOs, chairs, vice chairs, presidents or COOs, down from nearly half (47 percent) a decade ago. Board experience is also no longer a prerequisite. One-third of the incoming class members are serving on their first public company board.

Because of modest board turnover overall, the representation of women increased incrementally to 24 percent of all directors, up from 22 percent in 2017, despite the record number of new female directors. Eighty-seven percent of boards have two or more women directors, up from 80 percent last year and 56 percent a decade ago.

Where Recruiters Are Finding Directors

The Spencer Stuart Board Index also found that nearly two-thirds (65 percent) of the incoming class come from outside the most senior board and company leadership roles. Only 35.5 percent of the new directors are CEO-level — active or retired CEOs, chairs, vice chairs, presidents or COOs — down from 47 percent a decade ago.

Women Board Director Appointments Reach Record High
A significant shift from a year earlier, women have made substantial progress in the boardroom, according to Heidrick & Struggles’. It found that women accounted for 38 percent of incoming board directors at Fortune 500 companies, a substantial rise from the previous year’s 28 percent.

Forty-five percent of CEOs of S&P 500 companies serve on an outside board. Spencer Stuart found that this reverses a decade-long decline, 56 percent of the incoming class are actively employed. First-time directors comprise 33 percent of the incoming class of S&P 500 directors. They are younger than their more experienced peers and more likely to be actively employed (64 percent versus 53 percent). More than a quarter (25.5 percent) of the incoming directors are financial experts, up from 18 percent in 2008. Eleven percent are experienced CFOs/financial executives and 10 percent being investors.

In addition, Spencer Stuart found that 17 percent of the incoming class are age 50 or younger, up slightly from 16 percent last year. More than one-third of these next-gen directors have backgrounds in the tech/telecommunications sector and more than half (53 percent) are women.

Director recruiting has grown markedly more challenging, say recruiters who conduct searches in that area. According to Egon Zehnder, heightened expectations now placed on boards have elevated both the professional standards and personal commitment required of all directors.

The Katris Group, an executive recruitment firm, has placed Catherine M. Kilbane as a member of the board of directors at Nasdaq-traded Interface Inc., a global commercial flooring company and worldwide leader in sustainability. Ms. Kilbane served as SVP, general counsel and secretary of the Sherwin Williams.

Greenwich Harbor Partners placed Eric Johnson as a member of the board of directors at the New York Pops. He is the eighth director to be placed on the Pops board by the Greenwich, CT-based search firm. The assignment was led by managing directors Carrie Pryor and Ted Pryor.

Boyden has placed Joe Guith, Matthew Wadiak and Etienne Patout as members of the board of directors at Goodwill Industries International. “After an exhaustive search, Boyden is enthusiastic about the talent that Joe, Matthew and Etienne bring to the Goodwill team,” said Alicen Blair-Sibly, a managing partner of Boyden in Atlanta.

Polachi Inc. placed Sam King and Angela Tucci as new members of the board of directors at Progress Software in Bedford, MA. Ms. King is senior vice president, general manager and chief strategy officer of Veracode, the application security business of CA Technologies. Ms. Tucci is CEO of Apto.