Stay Connected:
Heidrick & Struggles' 2018 Board Monitor Report finds that women accounted for 38 percent of incoming board directors for Fortune 500 companies. Gender parity, slow to gain traction, is now projected by 2025. Let’s take a closer look at the latest data. 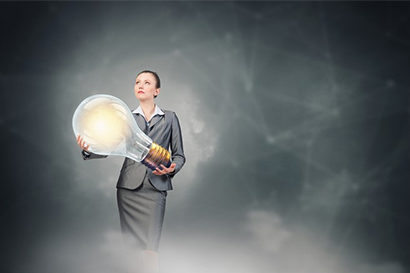 August 7, 2018 – In a significant shift from a year earlier, women have made substantial progress in the boardroom, according to Heidrick & Struggles‘ 2018 Board Monitor Report. The report found that women accounted for 38 percent of incoming board directors at Fortune 500 companies, a substantial rise from the previous year’s 28 percent.

The findings suggest that boards are finally making gains in gender parity. This is the largest percentage of women among new directors since the data was first tracked in 2009, up from 27.8 percent in 2016 (which at the time ended a seven-year run of year-over-year gains in female director appointments). Extrapolating data for 2017 using a three-year trailing average method, Heidrick & Struggles projects that women will have parity with men in new appointments by 2025.

“This latest research indicates that boards are taking action to make significant progress toward gender parity, contributing to the dramatic spike we saw in women director appointments,” said Bonnie Gwin, vice chairman and co-managing partner of the CEO & board practice at Heidrick & Struggles. “While we’re optimistic about this improvement from last year’s report, there is still more work to be done to improve gender diversity in the boardroom.”

Jeff Sanders, vice chairman and co-managing partner of the CEO & board practice at Heidrick, said the Board Monitor findings align with the many conversations the firm has had with clients, who are increasingly seeking diverse talent to bring fresh perspectives into their boardrooms. “We are encouraged that this latest data shows an acceleration toward greater representation of women on boards,” he said. “As companies look beyond the ‘usual places’ to fill open seats, they are refreshing their boardrooms to be more reflective of today’s workforce and marketplace.”

Despite improvement in appointments for women, gender composition on boards overall has only improved slightly. The overall percentage of women on Fortune 500 boards rose to just 22.2 percent in 2017, up 1.2 percentage points from the previous year. This data indicates that most new female director appointees were replacing other women who had left their board roles. 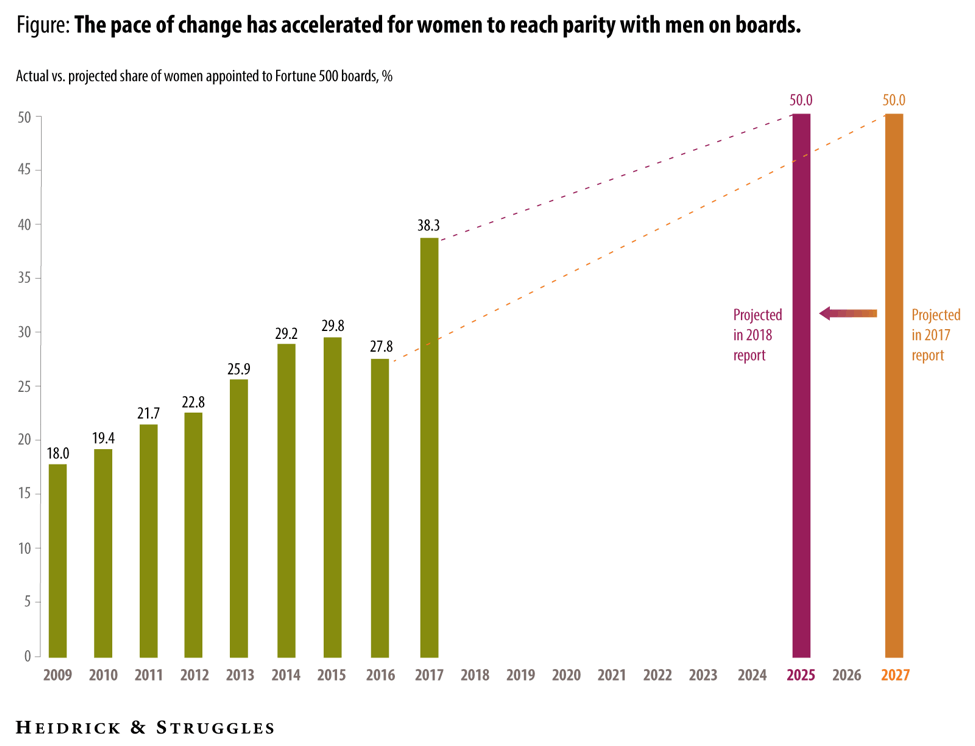 Beyond this year’s data showing an upsurge in appointments of women and modest gains in racial and ethnic diversity on boards, additional findings suggest that the pressure in recent years to bring new perspectives to boards may be bearing fruit:

lobal Boards Step Up Efforts to Broaden Roles for Women
Australian cabinet minister for women, Michaelia Cash, has called for a stunning new target of 50 percent for female representation across all of her country’s government boards. The current gender diversity target stands at 40 percent.

Getting Women On Boards

“Another challenge is that is takes time for women to gain experience in companies and to climb the ladder in order to be ready for the board level,” she said. “This should phase out in time.”

Limitations for board memberships must be addressed, Ms. Vercruysse said. Yet it is more than just a women’s issue. “One could argue that these restrictions should be loosened, not only to attract more women but also because currently there is a tendency to attract younger people to the board in order to be able to cope with disruptive technology and digitalization, which are not always the core competencies of the average experienced board member,” she said. “Very often, these younger people do not necessarily have CEO experience.”

Further, greater efforts must go into getting women into CEO roles, which broadens their presence in the daily workings of companies, and society. “We have to make sure more women are growing to the top and get CEO-positions because parity is not only necessary on board levels but also on CEO-level and other levels in a company,” Ms. Vercruysse said.