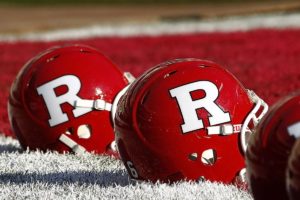 December 6, 2019 – Executive recruitment firm Ventura Partners has helped to bring Greg Schiano back to Rutgers University for a second stint as head football coach. Mr. Schiano led the Scarlet Knights to six bowl appearances during his previous tenure, from 2001 to 2011. Partner Chad Chatlos led the assignment for the search firm.

Mr. Schiano left Rutgers in 2012 to accept the head coach position for the NFL’s Tampa Bay Buccaneers, where he spent two seasons. Since then Mr. Schiano has coached at Berkeley Preparatory School in Tampa, FL as well Ohio State University, where he was defensive coordinator.

Reportedly, Rutgers will pay him $32 million over eight years.

Rutgers director of athletics Pat Hobbs said the hire open a new chapter for Rutgers football. “Coach Schiano is absolutely the best person to lead our program,” he said. “He brings a quality of leadership and integrity that will make all of us proud in the years ahead. I couldn’t be more excited for our student-athletes and our fans.”

“From the start we said we would hire the best football coach for our university community, our fans, and our student-athletes, and Greg Schiano is the perfect coach for this important job,” said Rutgers president Robert Barchi. “I commend Rutgers athletics director Pat Hobbs and coach Schiano for reaching an agreement following very complex negotiations to bring on this new, exciting chapter for Rutgers athletics. We are all thrilled to welcome coach Schiano. He is the right coach at the right time to build our Big Ten football program into a long-running source of pride for Rutgers.”

With the football team holding a 1-5 record this season, the Big Ten Conference school fired Chris Ash and appointed Nunzio Campanile as the team’s interim head coach. The team’s final record for 2019 was 2-10.

“Rutgers University and this football program have meant the world to me and my family,” said Mr. Schiano. “I arrived here in 2000 with the goal to build a program that would be a source of pride for the state of New Jersey and develop great young men. I look forward to embracing that challenge once again. This is a great opportunity for all of Rutgers to pull together to get us back to where we all know we belong.”

After making one prior trip to a bowl game in Rutgers football history, Mr. Schiano led the team to six bowls in seven seasons, including the program’s first bowl victory. He holds a 68-67 record as Rutgers head coach, including a 56-33 mark in his last seven seasons. The 68 wins are fourth most in school history.

Mr. Schiano served as the defensive coordinator at the University of Miami in 1999 and 2000 before becoming the Rutgers head coach. Prior to that, he spent three seasons in the NFL with the Chicago Bears (1996 to 1998). Mr. Schiano was the defensive backfield coach at Penn State from 1991 to 1995 after working as a graduate assistant in 1990. He was a three-year letter winner at linebacker for Bucknell (1985 to 1987).

Established in 1766, Rutgers University is the state university of New Jersey and the eighth-oldest institution of higher education in the country. The Rutgers football team is notable for playing in what is considered to be the first ever intercollegiate football game in 1869.

Mr. Chatlos specializes in senior executive searches across the sports industry with a focus on diverse roles in the intercollegiate athletics landscape. His clients include major sports leagues, teams, conferences, and leading colleges and universities. He has completed Power Five athletic director and commissioner searches as well as head coaching searches for football, basketball, volleyball, softball, soccer, strength and conditioning, and more, with marquee programs. In addition, he has led innovative searches in marketing, revenue-generating roles, eSports and player personnel positions.

Check Out These Related Articles On Searches For Football Coaches: