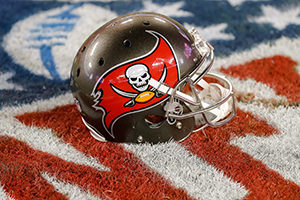 January 11, 2019 – With the NFL regular season over and the Super Bowl approaching, a flurry of coaching and general manager activity has been underway. And Hunt Scanlon Media has been tracking it all.

Korn Ferry recently assisted in placing Bruce Arians as the 12th head coach for the Tampa Bay Buccaneers. He takes over from Dirk Koette, who was fired after his second consecutive losing season as the team’s head coach. He finished with a 19-29 record in Tampa Bay. Jed Hughes, the firm’s vice chairman and global sports sector leader, led the assignment.

“Bruce Arians is one of the NFL’s most well-respected coaches over the past two decades and we are excited to have him leading our team,” said Bryan Glazer, Buccaneers’ owner and co-chairman. “Throughout this process, we focused on finding the right coach with a proven ability to elevate our players and lead our team forward.”

“Bruce has played a large role in the development and career success of some of our league’s best players and we look forward to seeing him continue that work here with our franchise,” he said.

Mr. Arians served as the Arizona Cardinals’ head coach from 2013 to 2017 before his retirement. During his tenure, the Cardinals posted a record of 49-30-1, making Mr. Arians the winningest coach in the history of a franchise that began play in 1920. He also served a 12-game stint as interim head coach in Indianapolis in 2012, during which the Colts went 9-3. His all-time head coaching record is 58-33-1. He was named the NFL Coach of the Year by the Associated Press in both 2012 and 2014, first with the Colts and later with the Cardinals.

Over the last quarter century, the sports sector has grown into a formidable global industry. Historically, professional sports teams operated on a relatively modest level, with league officials, team owners, managers and coaches surrounding themselves with people they knew and trusted from their own small worlds. College sports teams relied on in-house search committees and word-of-mouth recommendations. Much of that has forever changed.

The Buccaneers, looking to break an 11-year postseason drought, have found a leader whose NFL tenure suggests he can do just that. The organization noted that Mr. Arians has been on an NFL coaching staff for 25 seasons, and 15 of those have ended in the playoffs.

Korn Ferry’s sports practice is led by Mr. Hughes, who has distinguished himself as an expert in identifying, assessing, and developing leaders for sports organizations. His relationships within sports and intercollegiate athletics are extensive, having spent 20 years coaching in professional and intercollegiate football and working for five Hall of Fame coaches. Jason Belzer of Forbes has called Mr. Hughes the most valuable connector of the sports industry.