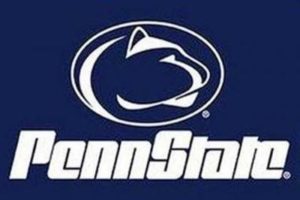 April 10, 2019 – Universities have been turning to search firms in droves to fill their top coaching vacancies. Executive recruitment firm Ventura Partners has tackled the latest search, recruiting Carolyn Kieger as the sixth head coach of the women’s basketball program at Penn State University. After 12 seasons, the program elected to move on from coach Coquese Washington. Partner Chad Chatlos led the nationwide search for Ventura Partners.

“We are thrilled to have Carolyn Kieger joining the Penn State family as the leader of our women’s basketball program,” said Sandy Barbour, vice president of athletics for Penn State. “Carolyn has rapidly established herself as one of the nation’s premier head coaches, leading Marquette to two Big East Championships, a Big East Tournament title and three NCAA Tournaments in the past three years. During her tenure as the head coach at Marquette and an assistant at Miami, Carolyn has demonstrated the ability to recruit and develop outstanding young women on and off the court, including the last two Big East Player of the Year recipients.”

“We are excited about the expertise, passion, compassion, leadership and enthusiasm Carolyn will bring to our program and its students, and to her engagement with recruits, our Lady Lion alumni and fans in returning Penn State to a position of competing for championships, with continued academic achievement and community impact,” she said.

Ms. Kieger leaves Marquette with a 99-64 record, with three consecutive NCAA tournament appearances and a 2-3 record in the tournament. This past season, the team went 27-8 and climbed into the AP Top 10 for the first time in school history. Before that, she spent six seasons as an assistant coach at the University of Miami from 2008-14. Following graduation, she was at Miami as coordinator of basketball operations (2006-07) and then served as director of operations at Marquette in 2007-08. Ms. Kieger returned to Miami as an assistant coach in 2008-09 and was primarily responsible for guard development with the Hurricanes.

“As a competitor, you want to challenge yourself to become your very best and to compete at the highest level and for a chance to win national championships every season,” said Ms. Kieger. “I’m thrilled for the next challenge of my career to compete for national championships as a part of the Penn State family, and I am incredibly grateful to president Eric Barron and Sandy Barbour for this opportunity. Penn State has a rich tradition and I look forward to doing my part to enhance that tradition and bring the program back to national prominence.”

Mr. Chatlos specializes in senior executive searches across the sports industry with a focus on diverse roles in the intercollegiate athletics landscape. His clients include major sports leagues, teams, conferences, and leading colleges and universities. He has completed Power Five athletic director and commissioner searches as well as head coaching searches for football, basketball, volleyball, softball, soccer, strength and conditioning, and more, with marquee programs. In addition, he has led innovative searches in marketing, revenue-generating roles, eSports and player personnel positions.