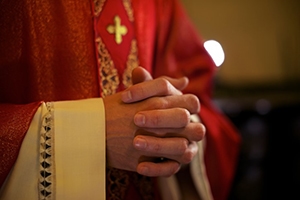 Previously, Mr. Turner led five different businesses across three different countries as CEO (U.S., Qatar and Abu Dhabi). In 2008, he served as founding CEO of Khidmah (“service” in Arabic), currently the largest services management company in the UAE with over 1,000 employees. Prior to that, Mr. Turner co-founded the Wentwood Companies with his brother and served for 10 years as managing partner, providing services across 10 states and 36 locations.

Mr. Turner joined Mars Hill Church in Seattle in 2011 as general manager. He was then promoted to executive pastor, executive elder and board member. During his time there, the church went from a weekly attendance of 8,500 over nine sites to a peak attendance of 15,000 across five states and 15 locations. Mars Hill also had a weekly podcast audience of over 250,000.

“As a result of his experience at Mars Hill and what he learned there, Sutton is passionate about seeing churches have healthy and loving cultures led by healthy and loving leaders,” said the search firm. “Sutton has extensive experience with churches and nonprofits in the areas of culture, governance, organizational design and growth strategies.”

Mr. Turner is the author of ‘Invest Your Gifts for His Mission,’ an executive pastor leadership book released in 2013. A year later, he published ‘You Will Be My Witnesses’ by Eyasu Ferenj, a groundbreaking evangelism book in Amharic (language of Ethiopia).

Vanderbloemen Search Group is a pastor-focused search firm that helps churches and faith-based organizations find mission-driven leaders. It has completed hundreds of searches serving churches and ministries from 70 to 70,000 in size, including nearly 100 denominations and tribes.

The firm was founded in 2010 by William Vanderbloemen, who has combined over 15 years of ministry experience as a senior pastor with the best practices of executive search to provide churches with a unique, and some would say, inspirational offering.

Mr. Turner is expected to only add to the growing list of pastors that Vanderbloemen has placed. Among its recent placements, the search firm has recruited:

Hunt Scanlon Media periodically reports on search assignments either underway or completed for faith-based organizations. Here’s a look at a few from the company’s news archives:

os Angeles-based Kevin Chase Executive Search Group has been retained by the West End Collegiate Church in New York City to lead its search for a senior minister. Managing partner Kevin Chase is heading the assignment along with senior associate Catie DiFelice.

arterBaldwin Executive Search placed Larry Griffith as CEO of Corporate Chaplains of America (CCA). The board’s selection comes after an extensive search that involved reaching out to more than 1,000 potential candidates. The assignment was conducted by CarterBaldwin founding partner Price Harding.

Check Out These Related Articles On Searches for Faith-Based Organizations: