Stay Connected:
The unemployment rate ticked down to 4.3 percent, its lowest level in 16 years, as President Donald J. Trump stands by plans to create 25 million new jobs in the next decade. Let’s go inside the latest jobs report and gain a recruiter’s perspective with search firm Hardman Batchelor International. 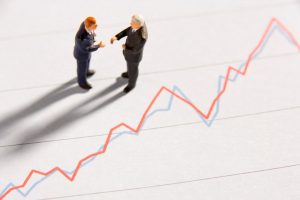 August 7, 2017 – Employers added 209,000 jobs last month as the U.S. unemployment rate fell slightly, to 4.3 percent, according to the most recent U.S. Bureau of Labor Statistics report. During the month, the number of workers unemployed remained at seven million. July marked the 80th straight month of job growth in the U.S. Economists had forecast payrolls increasing by 180,000 jobs last month and the unemployment rate holding steady at 4.4 percent.

“While the pace of jobs creation in 2017 may not be as strong as the year before, it’s still respectable for mature economic expansion,” said Mark Hamrick, senior economic analyst for financial services firm Bankrate.com.

President Donald J. Trump has pledged to dramatically accelerate the pace of job growth and oversee the creation of 25 million new jobs in the next decade. By comparison, the U.S. has added 15.5 million jobs since 2010, a mark that includes significant catch-up from the mass layoffs of the financial crisis. But with major American infrastructure plans on hold it is unlikely the president will find enough alternative sectors to drive the economy and jobs growth to historic levels.

“It was a surprisingly solid report,” said Josh Wright, chief economist for cloud-based talent acquisition software maker iCIMS. “Unemployment is declining at the same time job creation is rising. That’s a really good thing.” The only negative he saw is that the long-term unemployment rate — those jobless for 27 weeks or more — was also steady at 1.8 million, accounting for 25.9 percent of the unemployed.

“We have seen real change in the market,” said Edward Batchelor, managing partner at Hardman Batchelor International, an Austin, TX-based search firm. “As a firm that works a great deal in technology and communications we have experience working with strong internal recruiting at our major clients. These internal recruiting teams are overwhelmed currently and challenged with bringing in world-class talent. It has really become a candidate’s market and employers are having to raise their compensation and engagement levels to hire top talent.”

Companies, he added, “need to focus more attention on retaining top talent because people are currently harder to retain and given the current growth in the economy these roles will be harder to fill,” he said. “It will take longer and likely cost more than the incumbent.”

Also, with baby boomer retirements now accelerating, he noted, one on the most significant areas where Hardman Batchelor is seeing growth is in leadership roles, Mr. Batchelor said. “Companies have often had weak succession planning and this has started to catch up with them and is driving a sudden need to fill more senior roles.”

A company’s workforce is clearly its most valuable asset. The largest expense on any employer’s balance sheet is headcount, and investing in employees and their skills are critical to an organization’s success. Smart employers are acting now to ensure they have the most highly skilled and productive workforce to ensure their organization is prepared for whatever business challenges are coming.

According to the “Definitive Guide” report by Adecco, nearly half (48 percent) of best-in-class companies are already increasing training in critical skill areas to help combat the skills gap. Employees likely want to fill any holes in their skill-set, but cost can be prohibitive. These programs can be expensive. But for companies, the initial investment in alternative training programs may pay lasting dividends, especially where global competition is concerned, said Adecco.