Stay Connected:
The strong economy continues, but there are warning signs of a potential slowdown – among them: China, Brexit, tariffs and impeachment. Here’s the latest jobs report, with executive search consultants Mike Silverstein from Direct Recruiters and Scott Whipkey from Ascend Executive Search weighing in. 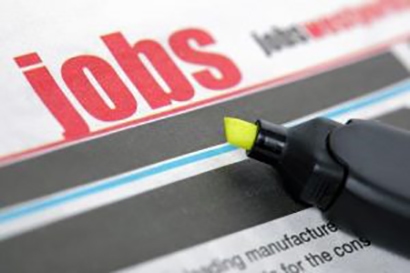 January 4, 2019 – Employers added 312,000 jobs last month as the U.S. unemployment rate rose to 3.9 percent, according to the most recent U.S. Bureau of Labor Statistics report released this morning. Wall Street analysts had expected an increase of about 220,000. The December gain is the 99th consecutive month of job growth. Overall, the economy created 2.6 million jobs last year compared to 2.2 million in 2017.

The number of unemployed people currently stands at 6.7 million.

“We’re seeing two different economic realities right now,” said Martha Gimbel, research director for the Hiring Lab at Indeed, told the Washington Post. “One is the stock market, which is going through something, and the other is the labor market, which has been chugging along.”

“Despite the roller coaster in the market over the past few months, we saw a tremendous uptick in demand for talent in 2018 and all of our key indicators point towards that continuing in 2019 and even beyond,” said Mike Silverstein, managing partner of healthcare IT and life sciences at Direct Recruiters, Inc.

“The economy is continuing to experience a metamorphosis driven by technology and the desire to attack societal challenges using tools that have not previously existed. As a result, the types of skills that are in demand continue to evolve (limitless demand for software development and technology talent); however there is also an ongoing need for a ‘customer facing’ skill that also has technical acumen,” he said.

“People are still making buying decisions and they still value dealing with other people when making those decisions,” Mr. Silverstein said. “Skilled sales, marketing, professional services and customer support talent will be in demand for the foreseeable future. Folks that have these skills will continue to be able to be picky as there is more demand for this talent than there is supply – primarily because of the aging and retiring workforce and the emergence of thousands of new technologies over the last 10+ years of economic growth.”

Industries like healthcare, he noted, “will continue to feel an uptick because of macro changes and shifts in our societal structure and our need to adapt as a society to those changes.” He said that investors and CEOs he works with continue to be bullish with their growth plans in 2019.

“It’s a new economy and a new game,” said Scott Whipkey, CEO of Ascend Executive Search. “At Ascend, our placements, retained searches, confidential searches, and inbound client calls are way up. It’s a great time to be in the executive search business. But for businesses, the booming economy and historically low unemployment means slim pickings for top talent.”