Menu
View our Events
Stay Connected:
In an economy in which there are more jobs than unemployed workers, recruiters are taking new approaches to finding and attracting talent – from Instagram to text messaging. Are we reaching a new tipping point? Recruiters from Academic Search, ALC and ESGI weigh in. 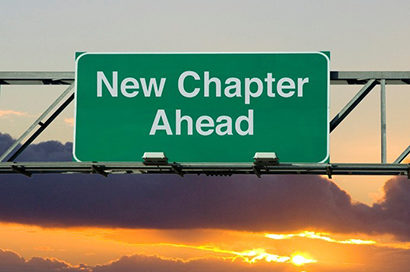 November 15, 2018 – After years of shifting economies and a move towards candidate-centric strategies, many people believe we are at the dawn of a new era of recruiting. The U.S. unemployment rate fell to 3.7 percent in October, reaching a record low point not seen since 1969, according to the Bureau of Labor Statistics. It may be a great time for the American workforce, but for recruiters, these are challenging days.

As a result, recruiters are re-evaluating what success looks like, with quality hires and retention rates becoming higher priority than time and cost-per-hire, according to a new report by Jobvite, a San Matteo, CA-based software and recruiting company. “While for years we’ve been hearing about a tough talent market, this year, we’ve reached a tipping point,” concluded the newly released 2018 Recruiter Nation Survey. “With more open jobs than people to fill them, and the market at near full employment, recruiters have been forced to leave the old school behind and try new things.” What’s new? Recruiters are getting creative, finding new ways to reach candidates where they are — whether that’s on Instagram or via text.

A total of 805 recruiters were surveyed online for the report. Thousands of adults were also randomly invited to participate in the interactive survey.

“Today, there are new standards and success metrics that matter more than cost or time,” said Jobvite. “Based on our survey results, recruiters are looking to things like retention rate and performance of hire to ensure they’re hiring the best.”

And with the candidate in the driver’s seat more than ever, recruiters are engaging with potential hires in new ways, Jobvite said. “Texting candidates is growing in popularity — with incredible response from job seekers — and new channels like Instagram are becoming important for recruiters as they evaluate potential candidates,” said the report. “And once they’ve signed on, candidates will no longer accept a ‘good enough’ hiring or onboarding process. With buyer’s remorse on the rise among newly hired employees, recruiters are spending more time and resources getting employees up to speed during the onboarding process.”

How to Find Executive Leaders in a Candidate-Driven Market
Demand is up, supply is down, and as digitalization transforms businesses, finding candidates with the right combination of technical and soft skills is no small challenge, according to a new report by Slayton Search Partners. Let’s take a look at the latest findings.

One key factor affecting recruiters today, according to the study, is that the economy is raising candidate expectations, and posing challenges for recruiters. In July, there were 6.3million unemployed people vs. 6.9 million jobs. This translates into more competition for recruiters. And indeed, 74 percent of the recruiters surveyed said that they believe hiring will become more competitive in the next 12 months. As the competition heads up, recruiters said they anticipate filling fewer jobs over the next year: 44 percent said they believe they will fill less than 25 jobs in the next year at their company.

Loyalty, for its part, rates higher than cost when it comes to success, said Jobvite. Recruiters know that good candidates are hard to find —  and they don’t want to let them go. As a result, 31 percent of the recruiters surveyed said they count quality of hire as the most important success metric, followed by retention rate (23 percent), time-to-hire (21 percent) and cost per hire (seven percent).

And because onboarding increases retention rate, talent professionals are spending more time getting employees up to speed, said Jobvite. Thirty-nine percent of the recruiters said they dedicate between one to three business days with onboarding. In 2017, just 33 percent said they spent that amount of time and in 2016, just 31 percent did.

To attract candidates, recruiters must be marketers, said Jobvite. “A strong employer brand — and some good old fashioned marketing — remains crucial to getting hard-won candidates in the door,” said the report. According to the recruiters surveyed, the top investments for growing an employer brand are: social media (47 percent), company career website (21 percent), and marketing and advertising (12 percent).

Unsurprisingly, LinkedIn is the most-used channel for recruitment efforts — with 77 percent of the respondents saying they make use of the networking website, followed by Facebook (63 percent). LinkedIn’s popularity, however, has shifted dramatically. In 2017, 92 percent of recruiters said they used LinkedIn.

Instagram’s popularity with job seekers, however, is increasing in use with recruiters, said Jobvite. A quarter of the recruiters surveyed (25 percent) said they are investing in recruiting efforts on Instagram, especially Millennial recruiters (35 percent) and those working at technology companies (63 percent) — double the number in 2017.

It is well known that recruiters will oftentimes check social media to learn more about candidates. Much of what they learn, respondents said, is positive. Sixty percent of the recruiters, for example, said they find that prospects are engaged in local and national organization groups. Fifty-eight percent find examples of written or design work. And 36 percent said they often see mutual connections. They are less enthusiastic, however, when they find references to marijuana (58 percent), political rants (47 percent) and spelling and grammar errors (43 percent).

All things being equal, however, recruiters cannot afford to be picky, said Jobvite. While cultural fit indicators like sense of humor and personal style are still important, recruiters would be unwise to let good prospects get away in such a tight market. “The need for strong conversational skills and enthusiasm decreased among recruiters by more than 20 percent across the board as compared to last year,” said the report.

How New Market Dynamics are Shifting Priorities for Recruiters
Companies must adjust their approach to new and complex market dynamics. Recruiters can play a vital part in their success by finding senior executives who offer more than just a strong resume. Stephen Dallamore points to the importance of companies paying strict attention to the markets that they serve.

Likewise, recruiters are less likely to disqualify a candidate for rude behavior. Rudeness to the receptionist or other support staff as a disqualifier fell from 86 percent last year to 69 percent this year, as did checking their phone during an interview, from 71 percent in 2017 to 55 percent today. It should be noted, said Jobvite, that Millennial recruiters are especially forgiving, with 45 percent in 2018 disqualifying candidates who check their phone. That number climbs to 70 percent, however, for recruiters over age 50.

Talent professionals still believe that candidate experience matters, said Jobvite, but that it is but one part of the bigger picture. Among the factors that recruiters said are most likely to influence hiring decisions during an initial in-person interview are: prior experience (55 percent), conversation skills (49 percent), knowledge of industry (41 percent) and culture fit (35 percent). References, meanwhile, have become an even more valuable screening method: Thirty-eight percent of the respondents said they deem it most important when hiring, and 59 percent reported that they actively speak to references throughout the process.

“Recruiting is certainly getting more challenging,” said Shawn Hartman, VP and COO of education-focused executive recruiter Academic Search. “One of the critical issues for many of our institutional partners is diversity. How we treat candidates from underrepresented populations is critical to being able to maintain both the integrity of the search and our credibility with candidates,” he says.

“There has never been a better time to be a top recruiter in a reputable retainer based executive search firm,” said Evan Scott, president of the Washington, D.C.-headquartered recruiter ESGI, which specializes in the federal contracting and technology sectors. “The challenges companies face in attracting and retaining top talent has never been more competitive.” 2018, he said, has been his firm’s best year.

“With Amazon moving into our back yard the competition for talent will only intensify,” he said. “The businesses that reach out and hire a professional recruiter will have a much better chance to attract talent. Passive recruiting will not get the results needed in this market. Social media, LinkedIn, the old boys’ network and contingency firms will not get the job done consistently in this changing talent market,” Mr. Scott said. “There are a handful of professional recruiters in my space who are in great demand. Similar to top surgeons, it is the most talented recruiters who are being hired to help companies compete.”

“This power shift towards the candidate means that the recruiter has more responsibility than ever to ensure the candidate experience is as perfect as it can be, to ensure candidate loyalty both in the hiring process and beyond,” said Tim Connolly, founder of ALC. “In effect, the candidate has become the client as well as the employer.”

“This should have always been the case and many recruiters in the past may have been guilty of not giving the candidates the respect and service they need,” he said. “Now that recruiters are competing against social media, technology and in-house recruitment, the hiring journey has to be both a smooth and an attractive one. The recruiters that are now embracing technology and social media are the ones that are going to maintain an advantage over their competition and succeed in winning the attention of the millennial candidates and others,” Mr. Connolly said.

Related: How Recruiters ‘Close the Deal’ With Job Candidates