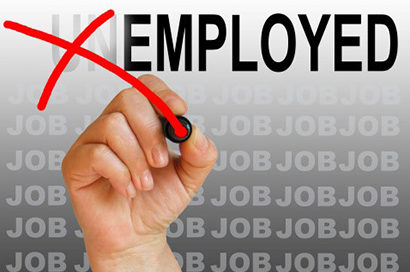 August 3, 2018 – Employers added 157,000 jobs last month as the U.S. unemployment rate dipped to 3.9 percent, according to the most recent U.S. Bureau of Labor Statistics report. The July gain is the 93rd consecutive month of job growth. The number of unemployed people rose to 6.3 million. The results fell short of the forecasts of analysts, who expected 190,000 jobs to be created during the month.

Martha Gimbel, director of economic research at Indeed.com, noted before Friday’s report that “in the first half of 2018, the average monthly increase in jobs had even exceeded those in the comparable periods of 2015 and 2016. It is amazing that at this point in a recovery you are seeing growth that is on average faster than the previous two years,” she said.

The overall recent surge of job gains may reflect, in part, confidence among some businesses that the Trump administration’s tax cuts will accelerate growth – even though a growing roster of economic experts disagree with that assumption. Consumers are also benefiting from higher after-tax income, which grew last month at the fastest pace in a year, aided by the tax cuts. Some envision the unemployment rate dropping as low as 3.5 percent by the end of 2018.

orker Confidence Level Approaching Record High
American workers’ confidence is nearing its highest level ever and is continuing a year-long trend of positive progression, according to the national Worker Confidence Index from HRO Today Magazine and Yoh. The index gauges workers’ perceptions of the four key drivers of worker confidence.

Professionals from both the executive search and talent management sectors weighed in on what they are seeing not only in the U.S. but other parts of the globe as well.

“There is little argument that the American economy is doing very well; the stock market also seems to be showing surprising resilience shrugging off the beginning of the U.S. trade war with China, a signal that robust earnings are still besting politics, at least for the moment,” said Diversified Search CEO Dale Jones. “I do think that there remains unease among the nation’s corporate leaders that a protracted trade war—not only with China, but with Europe, Canada, and Mexico—will most certainly impact economic growth, and quite possibly bring it to a halt sooner rather than later.”

“Tariffs matter. In my conversations with CEOs, there seems to still be a wait and see attitude, and a feeling that if the parties can actually be brought to the table to hammer out new trade agreements, it could end up being quite advantageous to the U.S.,” Mr. Jones said. “However, that is far from a done deal. CEO confidence will likely to further erode if some positive movement is not seen soon, particularly when it comes to the global economy, where the tumult over Brexit is weighing on investors. If there is one constant in the economy, it is that investors hate uncertainty more than anything else.”

“The economy continues to flourish and leadership continues to be in high demand,” said Clark Beecher, managing partner and co-founder of Beecher Reagan Advisors. “Supply is short and companies will continue to see inflation in executive compensation as this continues to play out. We see this demand continuing for the foreseeable future.”

elp Wanted! Companies Stepping Up Summer Hiring Plans
The summer job market is upon us and there’s good news: Companies are stepping up their seasonal hiring. Forty-one percent of employers plan to hire workers for the summer while a vast majority (88 percent) expect to transition some summer hires into permanent roles.

“We have been saying this is a secular bull market for years now and demand will far outstrip supply of great talent over the next two to three years,” Mr. Beecher says. “Western countries are not making enough good leaders fast enough to replace retiring leaders and especially young leaders that are opting out of the traditional workforce earlier than ever before.”

“Our clients are moving ahead to fill business critical leadership roles especially where there is fierce competition for talent such as sales, branding, machine learning, product engineering, AI,” said Kathy Gallo, founder, CEO and executive performance coach at Goodstone Group LLC. “Another role where there is unprecedented demand for A players is CHRO. HR will be a strategic asset whether the inevitable downturn comes sooner, or later.”

“Where we see more caution is with our clients who have significant exposure to tariff policy, especially those with large operations in China,” she said. “The scenario that everyone dreads is a collision between clarity that massive headcount reductions are needed and the arrival of the holiday season.”

“The labor market for senior technical talent in Silicon Valley is so tight that many companies are rethinking their talent strategies,” said David Windley, president of IQTalent Partners. “They are asking: Do we really have to have these jobs in the Bay Area; can these jobs be done effectively with remote workers; should we open up a second tech hub in another location?  At IQTalent Partners, we have been helping many of our clients think through these strategic talent strategy questions.”

“Artificial Intelligence is the exciting new trend that many companies hope to adapt to improve the efficiency of their day-to-day operations and boost profitability,” said Asheesh Mahajan, chief operating officer of HonorVet Technologies. “The AI platform’s capabilities are everchanging and evolving to fit the needs most in demand today.”

“This AI anxiety is amongst many which have 70% of the employees dreadful of computerization — being a threat and jeopardizing their jobs,” he said. “Although many fear this sets human intelligence at risk of replacement, the fact is about 65% of all of the contingent staffing opportunities will be in light industrial and professional services fields with human touch, which are nearly impossible to be replaced by AI.”

“In Europe, the unemployment rate has been slowly but steadily going downward, although the worrying factor is that the rate in certain countries is still high among the young people,” said Raffaele Jacovelli, managing director at HighTech Partners. “Of course the situation varies significantly from country to country. The lowest being Germany which is globally below 3.4%.”

“In our technology sector, as matter of fact we have an overall shortage that continues to hamper the digital transformation,” he said. “The European Commission had anticipated a shortage of over 800,000 people in this domain by 2020 – the demand of expertise in GDPR only counts is in excess of 20,000.”