Menu
View our Events
Stay Connected:
A new report concludes that employee confidence remains steady, while the likelihood of a promotion and raise are increasing. But perceived job security and trust in company leadership are falling. Here’s the latest. 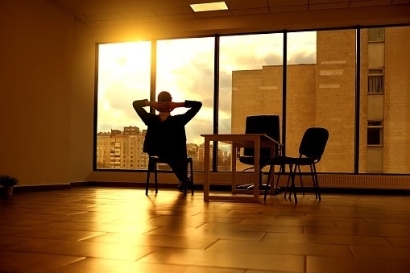 June 25, 2018 – American workers’ confidence is nearing its highest level ever and is continuing a year-long trend of positive progression, according to the national Worker Confidence Index from HRO Today Magazine and Yoh. The index gauges workers’ perceptions of the four key drivers of worker confidence.

This past quarter the Worker Confidence Index (WCI) increased by 2.6 points, and has increased in each of the last three quarters. It now stands at 107.1. Of the four components of the WCI, likelihood of promotion increased the most, improving by 9.7 points, while the likelihood of a raise also improved by 4.6 points. Job security and the trust in company leadership indices had modest declines in the quarter but are similar to the same period of last year.

The Yoh survey asked workers if they considered it likely that they would involuntarily lose their job or that their job would be eliminated in the next 12 months. The results showed that 10.9 percent of the respondents indicated that they felt they were likely to lose their jobs – a small decline of 0.6 percentage points from the previous quarter. The likelihood of job loss index declined from 102.3 in in the fourth quarter of 2017 to 100.0 in the second quarter of 2018.

Less fear of job loss means job security is higher. Fear of job loss has declined in consecutive quarters, and is about the same as it was one year ago, suggesting that concern about job loss remains low. Females reported feeling slightly less secure about their positions in the quarter than they did in the fourth quarter of 2017, but remained far less concerned than males.

Only 7.7 percent of female respondents expressed concern over involuntary job loss. The percentage of males who felt that they would lose their job decreased from 15.6 percent in the prior quarter to 14.3 percent in Q1 of 2018. “This quarter’s results continue to reinforce the inverse linear relationship that exists between age and job security,” the report said.

Millennials (those 34 and under in this report) tend to be those who are most concerned for their jobs. Concern about job loss among those 55 to 64 years of age fell two percentage points to 8.8 percent, but remained above historic norms. Anxiety about job security was lowest among the oldest respondents, with only 3.5 percent of those aged 65 and up reporting likelihood of job loss. Less than four percent of this segment reported concern about job loss for the last two years.

In terms of race, whites remained the most confident in their job stability, with only eight percent saying it was likely they would lose their job in the next 12 months, down one percentage points from the previous quarter. The concern over job loss for blacks, however, increased by 2.7 percentage points to 16.9 percent, while Hispanics reporting likelihood of job loss this quarter at 17.4 percent. Hispanics showed the greatest concern about lob loss. Concern about job loss was higher for minorities than it was one year ago.

The Yoh report also asked, “Do you feel you’ll receive a promotion from your current employer over the next 12 months?” Respondents revealed an increase in optimism in this regard for the first quarter of 2018, up 1.8 percentage points from the fourth quarter of 2017 to 22.6 percent. The likelihood of a promotion index increased by a notable 9.7 points in Q1 to 117.1, up from 107.4 the prior quarter.

Males had more optimism in the first quarter of 2018 than that period one year ago, but females’ optimism about a raise declined two percent from the prior quarter. Over one-quarter (28.1 percent) of males indicated that they felt it likely that they will receive a promotion compared to only 15.9 percent of females. Overall, males remain much more optimistic in their confidence in the likelihood of receiving a promotion than females, with a difference of 12 percentage points between genders. Male confidence in the likelihood of promotion has now increased three consecutive quarters.

“Minorities remain more optimistic about the likelihood of receiving promotions than whites,” the report said. The belief in a promotion increased by 5.8 percentage points for Hispanics and remained steady for blacks at 30.3 percent in the first quarter. While optimism towards promotion among whites increased slightly by 0.9 percentage points since the fourth quarter of 2017, whites remain far less optimistic about promotion possibilities overall than other groups.

The report asked respondents, “Do you feel you’ll receive a raise of three percent or more after your next review?” Over one-quarter (29.4 percent) of survey respondents indicated that they expected a raise of three percent or more at their next review, increasing 1.3 percentage points since last quarter. This resulted in a notable increase in the likelihood of a raise index to 107.6 in the fourth quarter of 2018, up 4.6 points from last year.

Respondents in the first half of their careers (age 44 or younger) continued to be the most inclined to feel that they will get a raise. The largest increase in the belief in the likelihood of a raise was among those between the ages of 35 to 44, up 7.1 percentage points to 44 percent during the past quarter.

“Minorities remain the most optimistic about the likelihood of getting a raise, as over one-third of both blacks and Hispanics anticipated a raise compared to only 25 percent of whites,” the report said.

Workers were also asked, “Do you trust your company’s leadership to make sound decisions for the company and its employees?” The report found that trust in company leadership declined slightly, down to 44.7 percent trusting leadership from 45.4 percent the prior quarter. The resulting index for the past quarter is 103.6, very similar to the last year’s index of 103.4.