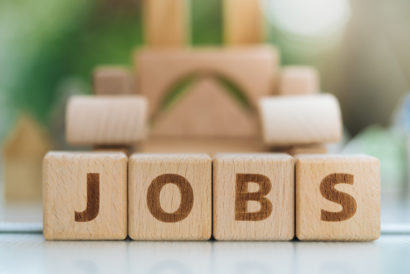 October 4, 2019 – Employers added 136,000 jobs last month as the U.S. unemployment rate declined to 3.5 percent, according to the most recent U.S. Bureau of Labor Statistics report. The increase was below the 145,000 forecast by economists but close enough to signal a relatively stable and healthy jobs market. The September gain is the 108th consecutive month of job growth. The number of unemployed currently stands at 5.8 million.

The key question now: can the U.S. economy continue to expand in the face of growing headwinds – from weak manufacturing to a looming recession in Germany to the fallout from Brexit later this year.

“What I’m hearing is different from what I’m seeing.” Tom Gimbel, CEO of LaSalle Network, told the New York Times. “With so much uncertainty, some chief executives say they are afraid of having too much capital invested in their business. But what I’m seeing is that people are still hiring,” he said. His firm’s revenue, he said, is up 15 percent from last year, and placements are up eight percent.

Employers to Continue Hiring Plans into Final Quarter of 2019
U.S. employers expect the hiring pace to remain positive in the fourth quarter with hiring intentions improving one percentage point compared to a year ago, according to the latest “Employment Outlook Survey,” released by ManpowerGroup. Employers in all U.S. regions and industry sectors said they were expecting headcount to grow.

“The issue is not so much with the unemployment report as it is with the market’s reaction,” said Walter Baker, managing partner and founder of Pitcairn Partners. “However, given the dynamic nature of our economy and the shortage of leadership talent we do not see it impacting our business.  If anything, companies will be investing to ensure that leadership is aligned to deliver on short and long term strategic business objectives.”

Hiring executive talent within the food and agricultural industry has become increasingly challenging due to the low unemployment rate and subsequent bidding wars within the industry,” said Rachel Quinn, managing director at 3P Partners. “We have seen a 50 percent increase in counter-offers since August 2018. Boards and executive committees are beginning to focus on succession planning as a result of baby-boomers retiring and heightened competition for the next generation of leaders.”

“The hiring process has become more complex – our clients are seeking a more value-added approach rather than standard scorecards to rank candidates based on how their experience matches the needs of the business, there is a greater emphasis on quantitative data or evidence based insights, such as aptitude tests or personality assessments, to support their decision making on the potential fit and how this person will impact the culture of their team and the wider organization,” Ms. Quinn said.

“While there is some general concern about the inevitable end to this business cycle, we are not seeing it yet in the actions of our clients,” said David Windley, CEO of IQTalent Partners. “The talent market is still tight for good talent, and the need to hire the right talent is still high.”

“We are seeing a clear softening in hiring in the industrial segment, with substantial softening in the automotive sector,” said Bradley Holden, president at Holden Richardson. “Tariffs are impacting quarterly performance across the board for industrials and the continuing back-and forth on Chinese trade has company’s holding back on new hiring until there is some clear path forward. The prolonged UAW strike is also impacting the supply base in the automotive sector.”

“We have seen the tide shifting from the employer to the candidate and companies need to make the adjustments to their recruitment process to hire top talent,” said Kellie Sarn, managing partner at Kinsley|Sarn. “Strong candidates, passive and active, often have two or three opportunities they are being actively recruited to fill. We have found that the companies that are able to move fast, have a defined and simple process, including assigned interviewer roles and have clarity on what competencies and leadership skills are most critical are the ones that are winning the war for talent.”

“This unemployment number is historic, said Andrew Golden, partner at the Atlantic Group LLC. 3.5% makes for an interesting recruiting environment. It is a candidates market. What we find most staggering is the fact there remains huge demand on talent from all types of companies. We are inundated with job requisitions in specialty areas of  finance, accounting, technology, risk and compliance. There is no shortage of quality, high paying jobs in the NY Metro area for qualified candidates.”

“It continues to be a tight labor market in the non-profit sector, mirroring nonfarm payrolls throughout California, with many organizations seeking (struggling) to fill key positions,” said Victoria L. Silverman, managing founder of Cook Silverman Search. “We expect that we’ll see the same trend as the last several years, with non-profits focused on filling their currently open positions and not opening new ones until the New Year. As always, political unrest causes uncertainty in the market and this may result in less movement in the job market in the election year (2020),” she said. “The greatest challenge our industry faces is to continue to grow a strong and talented pool of diverse non-profit leaders.”