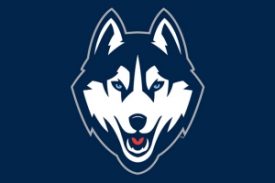 March 21, 2018 – In the wake of its recent firing of men’s basketball coach Kevin Ollie amid an investigation by the NCAA, the University of Connecticut has selected Atlanta-based Parker Executive Search to lead the search for a new coach.

“It is unfortunate that this decision became necessary,” the university’s athletic director, David Benedict, said in a statement. “As with all of our programs, we hold men’s basketball to the highest standards. We will begin a national search immediately to identify our next head coach.”

Mr. Ollie led UConn to a national championship four years ago, but the Huskies have since struggled, appearing in the NCAA tournament just once. The team recently completed its second consecutive losing season.

UConn announced in January that it was the subject of an NCAA investigation but did not provide specific details. The inquiry was reportedly related to recruiting.

Many believe that Rhode Island’s Dan Hurley is the leading candidate for the job. Former Indiana coach Tom Crean, former Ohio State coach Thad Matta and South Carolina coach Frank Martin have been mentioned as well, according to the Hartford Courant.

The University of Connecticut is a top public research university, with more than 30,000 students pursuing higher education degrees. The Huskies are among the most successful teams in men’s college basketball history. The school has won four NCAA Championships, the sixth most of all time. UConn has produced 37 NBA players with as many as 14 playing professionally at the same time, according to Basketball Reference.

“The men’s basketball program has a proud history and a tradition of excellence,” said Susan Herbst, president of UConn. “Our goal, above all, is to ensure we have a program that UConn Nation can be proud of, including our students, alumni, fans, and all our committed supporters.”

Parker has a history of working with UConn. Two years ago the firm placed Mr. Benedict as the school’s athletic director and it also recruited Bob Diaco as UConn’s head football coach.

Glenn Sugiyama, global sports practice leader at DHR, assisted in the head coaching placements of Chad Morris at Arkansas and Jonathan Smith at Oregon State University. Described by Forbes magazine as “one of the most influential men in college athletics,” Mr. Sugiyama places talent for professional sports organizations and for top academic institutions.

Korn Ferry landed Patrick Ewing as the head basketball coach for Georgetown University. Mr. Ewing comes back to his alma mater after serving for 15 years as an assistant head coach in the NBA. Korn Ferry’s sports practice is led by Jed Hughes, who has distinguished himself as an expert in identifying, assessing, and developing leaders for sports organizations.