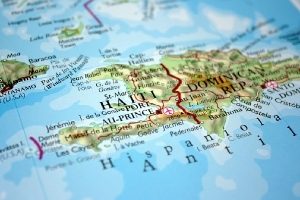 March 21, 2018 – Stanton Chase International has placed Alex Fouquet as the new CEO of Sogebank, one of the largest commercial banks in Haiti. Mark Young, a director in the search firm’s Miami office, led the assignment.

“This was a challenging search since Haiti has a very distinct culture and one that must be understood and respected by all of the candidates,” said Mr. Young. “All of the five finalists were native Haitians and they all looked forward to moving back to the country to help build the economy and improve the business and cultural climate.”

Prior to assuming his role with Sogebank, Mr. Fouquet was country head of Citibank’s Haiti Office. In this capacity, he led overall bank strategy and was the organization’s representative, interacting with regulators, government, customers, media and the Haitian community.

Mr. Fouquet started his banking career more than 20 years ago and has held mid- and senior-level positions in Haiti and the U.S. with CitiBank, SunTrust and Barnett Bank. He received a bachelor’s degree in business administration from the State University of Haiti, an MBA in finance from Nova Southeastern University and a master’s in economics from Florida Atlantic University. Mr. Fouquet is fluent in French, Creole and English.

Mr. Young has more than 30 years’ experience in retained search and has conducted searches throughout North America and around the world. His clients have included well-known organizations in agribusiness, supply chain & logistics and financial services, especially wealth management. His experience with non-profit institutions and foundations is also substantial. Mr. Young has conducted numerous searches in Haiti and is familiar with the unique professional and cultural requirements for senior-level positions in this country, the recruitment firm said.

“At the outset of this assignment, it was obvious that we would have to recruit an individual with strong roots in Haiti,” said Mr. Young. “At first, we did research for executives in major cities that had a strong Haitian community.” These included New York, Chicago, Boston, Washington, D.C. and Montreal.

“We found numerous highly qualified candidates that met the criteria of Sogebank that included appropriate degrees (bachelor’s and master’s) and significant banking experience,” he said. “The one common denominator among the candidates was that all of them have a strong allegiance to Haiti and want to help the country from philanthropic, economic and business standpoints. They all understand the challenges Haiti faces and want to be part of the solution.”

“However, the candidates, for the most part, have spent a great deal of time in the U.S. and have become accustomed to certain conveniences and lifestyle,” Mr. Young said. “Nevertheless, they all were very interested in this position. Due to the country’s economic and social challenges, we had to discuss with candidates a variety of issues that are actually becoming more and more common when even recruiting to more stable environments.”

Issues to Contend With

When considering jobs abroad, there are a number of issues to be aware of, including:

Security/Protection: Whether it’s relocating to another city or overseas, the potential for terrorism and crime factored into the decision, said Mr. Young. “At the highest levels, candidates and their families must feel safe. Many executives require bodyguards and drivers. In certain countries where kidnappings occur, armored vehicles are commonplace.” In addition, he said, relocating families are urged not to be “showy” in public since it draws attention to their wealth.

Sensitivity to cultures: If the relocation is to a foreign country, such as this one, it is important for candidates and families to respect their new cultures. In many cases, it is helpful to speak the language and just as critical to understand local cultures and traditions, he advised.

Cost of living: While many countries report lower costs of living, these numbers can be deceiving. “As recruiters, we always discuss the ‘real’ numbers that can include real estate costs, security expenditures, tuition and even airfares covering visits back to the U.S. to visit family,” he said. In addition, he noted, some countries have much higher tax rates than the U.S., so that is factored into compensation.

Health insurance: Executives considering relocating to another country should study the idea carefully as well as the quality of medical facilities, he noted. This should also be considered when moving within the U.S., since certain cities have better healthcare services than others. Also, many countries have socialized medical care which is hard to compare when using the U.S. as a benchmark, he noted.

Technology: Technology in the U.S. and Europe is, for the most part, consistent and reliable. But that’s not always the case in other countries. “We urge candidates to become familiar with Skype, Internet phone apps, currency converters and GPS systems, to name a few valuable tools. By investigating technology, there will be no surprises when it comes to communicating with corporate headquarters, staff, and family/friends,” he said.

Additional due diligence: In today’s politically charged environment, candidates are aware that research is required before moving. “This is true for international and even domestic relocations,” said Mr. Young. For example, how does a move from a “blue” to “red” state impact one’s opinion of an area? How will they mesh with friends of different political views? In some cases, it is magnified in foreign countries. What is the company’s reputation in that country? How are women treated? Will your status as an American somehow jeopardize potential for success? How are women treated? Will you be ostracized for your political or religious beliefs?

“As with all promotions and relocations, a win-win scenario must be the goal, benefiting both the company and the candidate,” said Mr. Young. “This cannot be accomplished unless there are realistic expectations based on research and transparency throughout the process.”

Check Out These Related Articles On Searches For Banks: